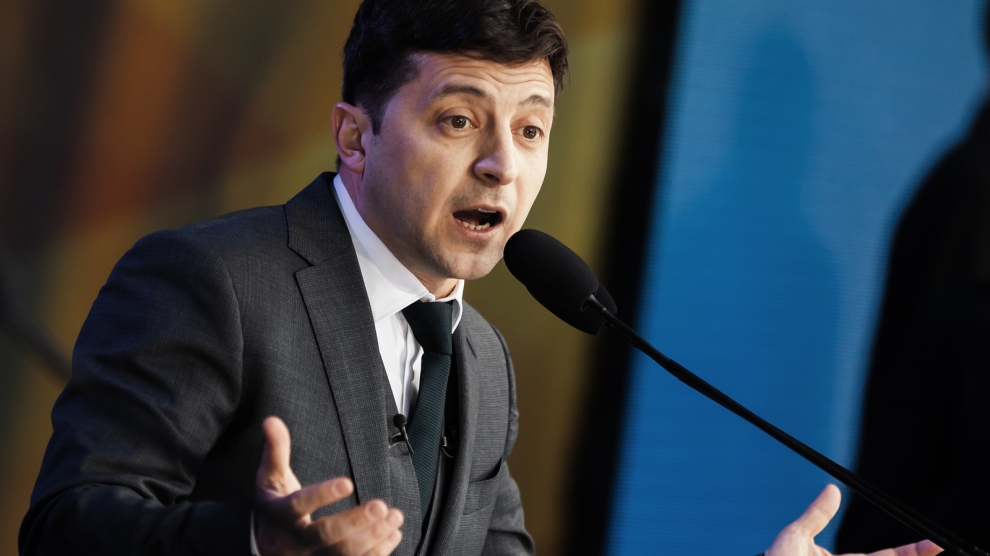 Advisers to Ukrainian president-elect Volodymyr Zelensky have outlined the priorities of the new president’s foreign policy.

Following negotiations with EU officials in Brussels, former Ukrainian finance minister Oleksandr Danyliuk and former anti-corruption official Ruslan Riaboshapka stressed that Mr Zelensky’s focus will be placed on revitalising the so-called Normandy format, a quadrilateral diplomatic forum of France, Germany, Russia and Ukraine to settle the war in Eastern Ukraine, as well as on the return of the prisoners of war to Ukraine.

“The key thing for us, a priority, is the resumption of work, the revitalisation of the Normandy format. It is important for us not to just hold a meeting as soon as possible, but to fill it with content,” Mr Danyliuk said on May 3, adding that Ukrainians expect the new president to gradually find a peaceful solution to the crisis in the Donbas region.

The former finance minister added that the preparations for a new EU-Ukraine summit will be among Mr Zelensky’s first steps after his inauguration in June.

The two advisers also announced that the next Ukraine Reform Conference will be held in Toronto, Canada, in July, where Ukraine’s international partners will discuss their cooperation and assistance in advancing Ukrainian reforms, with Mr Zelensky expected to attend the event.

Mr Danyliuk noted that an adviser of the president-elect’s team is expected to attend the Eastern Partnership Summit on May 13 with outgoing Ukrainian president Petro Poroshenko.

What’s next for the ‘Friends of Cohesion’ in EU budget talks?