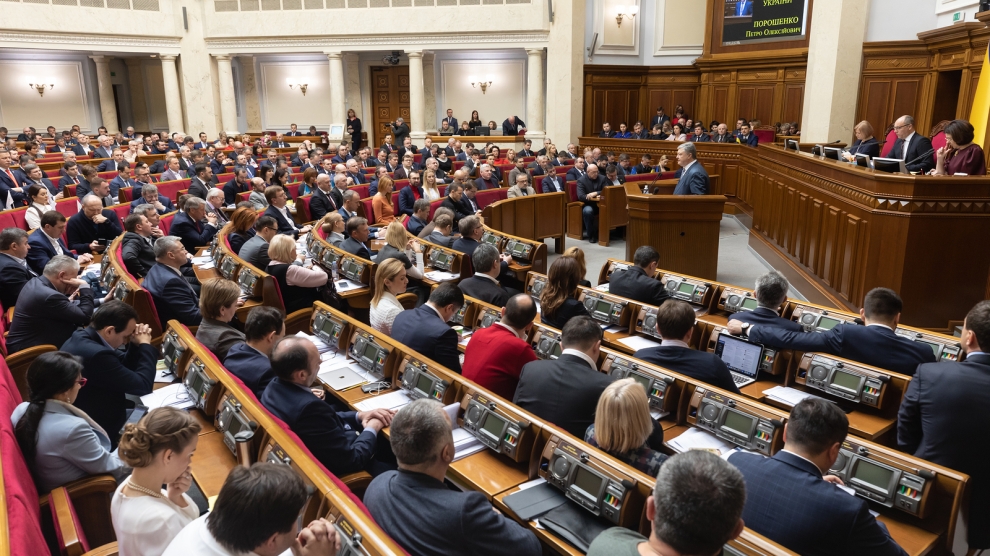 Dmitry Razumkov, spokesperson of Ukrainian president-elect Volodymyr Zelensky, has said that the new president may dissolve the Verkhovna Rada, Ukraine’s parliament, if it votes to adopt a recently proposed bill on limiting presidential powers.

According to Mr Razumkov, the draft law – proposed by deputy speaker Oksana Syroid in April – would transform the country into a parliamentary republic.

“Certain MPs and representatives of the parliament’s leadership said it was possible to pass this law, which in fact would not only restrict the rights and obligations of the president, but it would also violate the constitution to a certain extent,” Mr Razumkov told the Ukrainian press on May 14.

Oleg Danyliuk, advisor to the president-elect, stressed that Mr Zelensky will set up a list of priority bills and that if the Rada decides not to vote on them, it will be dissolved. “We need important decisions to be taken. Why dismiss a working parliament? However, a non-working one needs to go,” Mr Danyliuk said.