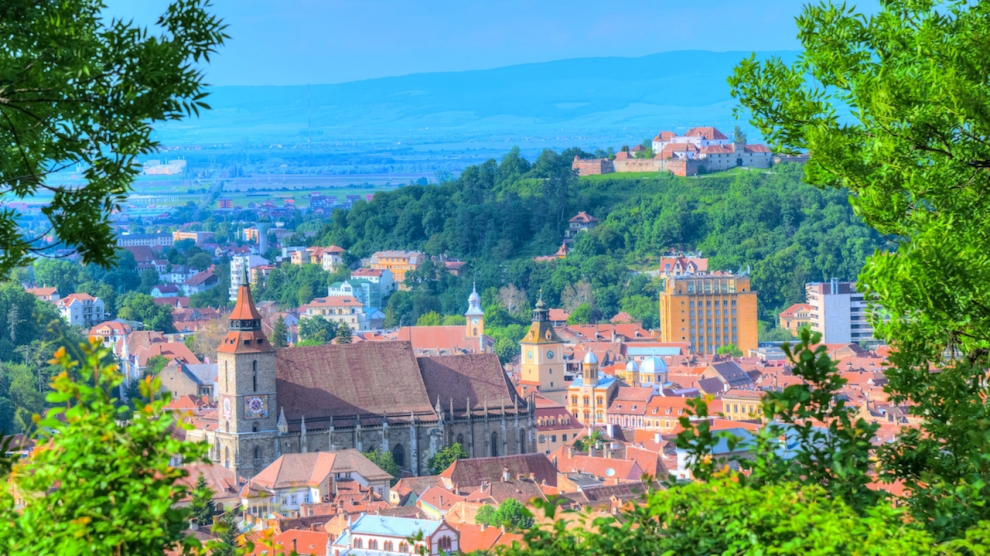 On a clear night in July 1990, my plane descended toward Otopeni, the main international airport servicing Bucharest, the capital of Romania. I had read up a lot on the country and the city, before visiting my parents there, and working at the British Embassy, for the first time. “The Paris of the Balkans”, a country with a rich culture, “a Latin Island in Slavic sea”, were a just a few of descriptions I found. This Romania of 1990 was just emerging from 50 years of totalitarian dictatorship.

The first thing I noticed was the lack of an orange light haze on the horizon; the normal aura of a major capital city. Only later did I learn that back then Bucharest was the only capital city in Europe not visible from space, at night. I am not sure if this was an exaggeration, but as our car was channelled into the city, on a deserted six-lane highway, it was strange to see how many signs of a metropolis — the cars, the lights, the bustle — were absent.

Over the next two weeks it was plain to see how little money the communist regime had invested in the city. Buildings, roads and general infrastructure were shoddy, pot-holed or barely functional. Only Casa Poporului, a huge white edifice in the centre of Bucharest — and second largest building in the world — showed any real signs of external care. Built to symbolise the strength of Romania, and the endurance of the Ceausescu leadership, it is hard to grasp the full cost and scale of destruction inflicted on this lovely old city, as bulldozers cleared the way for the dictator’s folly. Now one of the city’s major tourist attractions, it still divides opinion starkly.

In those early 1990s, as across all the former communist bloc, Bucharesters still queued for basic commodities, in the established belief that the queue itself made the product valuable. I also remember when buying a drink I had to buy the bottle as we well, and I was only able to get another drink by taking the bottle back and swapping it.

The Romanians I met then, were polite, but nervous to begin with. This was the first thing to change, as the people slowly gained the confidence that there would be no return to the dark days of totalitarian rule. As they opened up, I found them inquisitive, hospitable, kind and adaptable. I have always been made to feel incredibly welcome in Romania and, from my perspective, its people were and remain the best thing Romania has to offer.

As Romania found its feet through the 1990s, there was a huge hunger for everything western. This did not mean that the country’s own rich, cultural identity was thrown out. Quite the contrary; its traditions and national personality are still as much a part of day-to-day life, in 2017, as they were in 1990, 1995 and 2000. What the people wanted was to feel that they now belonged in a world that had been denied to them by communism.

Romania took advantage of international funding from the World Bank and EBRD in the 1990s to improve its basic infrastructure and, although perhaps too slowly for many, this has continued over the last 25 years.

The Romania of today boasts the fastest urban broadband in the EU and 4G mobile coverage that most Western European countries would be envious of. Most major cities host modern shopping malls that are filled with internationally recognised brands. The country has become an international hub for technology companies. A very rich pool of technically qualified talent is leaving its universities with excellent language skills. Romania continues to ensure companies have access to the talent that fuels the growth of their businesses. In 2016, Romania’s was the fastest growing economy in Europe.

A decade on from its entry into the EU, in 2007, Romanians are now finally finding their democratic voice through a thriving civic society and a population that demands their politicians are accountable for delivering better public services and institutional reforms.

It is sometimes hard to step back and see what has been accomplished since 1990. It is difficult, if not impossible, to list all of the tremendous achievements and positive changes Romania and Romanians have accomplished in these past 27 years. It is all the more impressive when one considers the specific scars that Ceaușescu’s communism and personality cult inflicted on the country and its people.

I have seen this transformation first hand. That first trip to see my parents turned, perhaps on reflection not surprisingly, into a quarter century of residence in Romania. Indeed, I often hear similar expat stories. A visit to the country for some chance reason captivates so many — maybe the contrast between what they expect and what is discovered, if they scratch beneath the surface and see the full potential here.

It is true there is more work to do, as there is in any modern emerging market- However, I am convinced that this amazingly beautiful country and its people have the capabilities and will to overcome the immediate and future challenges they face. I would only add that, in my capacity as chief executive of The British Romanian Chamber of Commerce for nearly 20 years, we are proud to have played our part in helping to build and support the bilateral trade, commerce and cultural relationships between the UK and Romania.

Charles Crocker is CEO of the British-Romanian Chamber of Commerce.