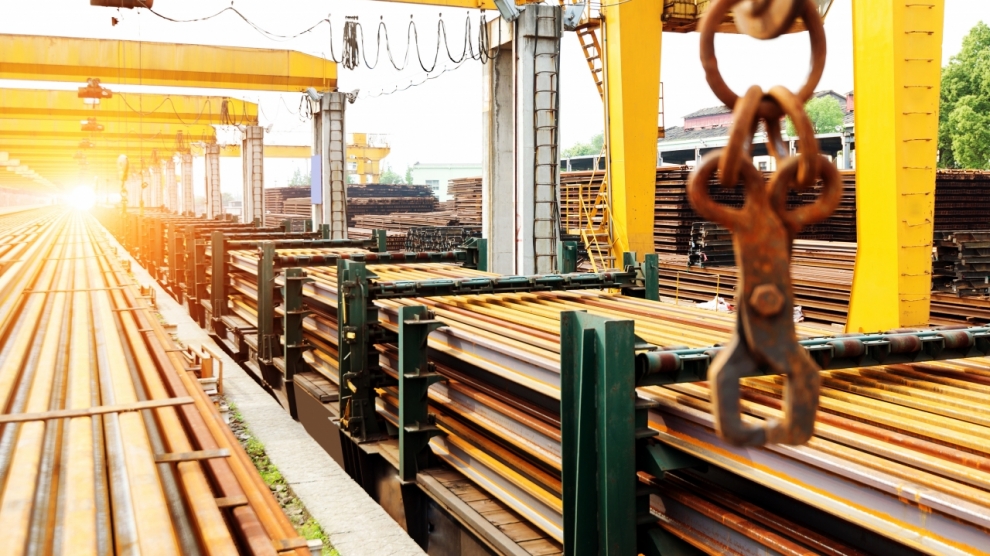 Despite the upcoming Brexit and other institutional problems in the Eurozone and the entire European Bloc, there is still a widespread understanding that the single European market remains the unique driving force for the EU economies, more than ever.

In order to enhance the opportunities that the single market provides, the European Commission is continuing its ambitious project that aims to connect and integrate the mobility networks of all of its member states into one ambitious supranational multimodal trans-European Network. The nine transnational multimodal corridors, whose total cost is projected to cost €24 billion, form the backbone for further regional development.

Now, the EU may encounter an even more ambitious intercontinental land bridge project; one that has already reached – in terms of logistic chains – the major logistic hubs of Western Europe. Although at first glance it costs substantially more to transport a TEU container by rail than by sea, companies have discovered that for high-valued consumer goods, the time gains and security, as well as the fact that the journey passes major cities, offer a number of advantages.

As early as 2011, BMW started running regular container trains from Leipzig to Shenyang in China. The trains transported more than 8,000 components to BMW’s assembly plants there. In Leipzig a logistic centre of 63,000 sq. metres was built, as a logistic nexus to this new Silk Road and nearly 600 new jobs were created to support the German Silk Road project. Since 2014, the ports of Antwerp and Rotterdam have also received regular long block trains that have taken the same land route, from central China via Russia or Kazakhstan. This is a journey of less than 14 days compared to the nearly 40 days it would take by ship.

HP uses cargo trains to ship products to and from China. Another global player, DHL, has weekly express service trains starting in Chengdu and passing via Kazakhstan to Poland. The short rail connections between Chongqing and Duisburg (10,800 km – ten days) have a bright future. Consequently, it is high time that the EU Commission and the parliament develop an ambitious plan: a connecting facility between the TEN-T networks and the new Silk Road routes.

In 2013, the Chinese President Xi Jinping launched the One Belt One Road (OBOR) project, involving 60 countries in a transcontinental, $1 trillion funded project. Today, the OBOR embraces 70 percent of the world population, 55 per cent of world’s GDP and 75 per cent of the world’s energy reserves. Jinping’s aim is to launch maritime and land routes to connect the Asian continent with Europe. At an operational level, a financial vehicle, the Asian Infrastructure Investment Bank (AIIB) was launched. In order to facilitate its communication with the EU, China created its own political platform CEEC 16+1 comprising of 11 EU member states and five Balkan states. Now, this forum is a driving force in expanding and financing the Silk Road network into the EU.

Several cities in Europe, with good connections or connect-ability with the new Silk Roads, are asking themselves what added-value such an intercontinental platform could give them. The answer is many. First of all, goods are produced and distributed, more and more, in a value chain that comprises multiple locations. So regions and cities in Europe should prepare themselves to become regional development centres on the global trade routes to and from Asia.

Regional development and global commerce go hand in hand. It is predicted that by 2030 nearly 66 per cent of the world‘s middle class will live in China. That opens enormous prospects for the export of European goods to China, but there are also new markets in India, Pakistan, Iran and Kazakhstan, which are all part of the Silk Road network.

It is vital that Europe understands that infrastructure corridors are the real boosters for regional development. To ensure its success a supranational management will be needed on the TEN-T network and also on the new Silk Roads.

The New Silk road Initiative has been launched in order to include private and public actors in Europe’s Silk Road debate and to pressure and stimulate these ideas. Ii has been initiated by three partners. The first is the Kaunas Free Economic Zone in Lithuania, a 540-hectare free zone in north-eastern Europe at the crossroads of the Silk Road and the TEN-T corridor’s Rail Baltica): The second partner is the Great Stone Park in Minsk, Belarus; Europe’s nearest door to the Commonwealth of Independent States (CIS), and which is the largest overseas industrial park built by the Chinese Government with shareholders from the former China Ministry of Machinery Sinomach and China Merchants Group CMG. The third partner is one of the largest economic expansion areas of Shanghai located in Jinshan.

These new Silk Road Parks intend to create a platform and a network to enhance the Silk Road growth strategy at a regional level, thereby embracing innovative entrepreneurship, global e-commerce, citizens’ cultural exchange and regional economic development on the Silk Road value chains. The network has attracted the largest chemical region of Germany, the Bayern Chemie Cluster and is now open to attracting new members in Western Europe as well as in Russia and China.

Freddy Opsomer is chairman of the board at the Free Economic Zone in Kaunas, Lithuania.He has been working the Belgian National Railways for a number of years. The concept of station cities through public-private partnerships is his major focus. He is an expert in public-public cooperation and public private partnerships. Today he looks from an international angle to the new land corridor connecting the Atlantic and the Pacific Oceans through railways – standard and 1520 mm gauge. Along this corridor he implements Free Economic Zones and freight villages. He has an MSc of Real Estate of the University of Antwerp and an MSc in renewable energy from the Technical University of Vienna (TU Wien).