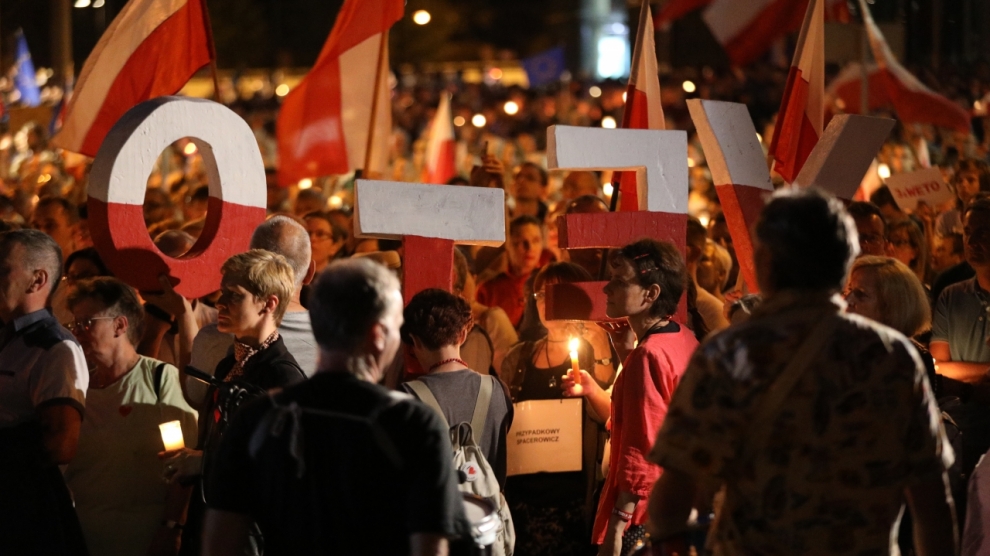 As Adam Smith once said, the sufficient conditions for the economic prosperity of a country are “peace, easy taxes, and a tolerable administration of justice”.

The Law and Justice party, which has been ruling in Poland, since November 2015, is forcing through a highly controversial reform of the judiciary system. The official target of the reform is to improve the efficiency of the courts and to reduce the ‘excessive privileges’ of judges. However, as in the case of previous legal changes, the ruling party is widely accused of making an attempt to increase the government’s influence over the judiciary.

The changes have triggered countrywide protests. This situation reflects the deep split within Polish society. A significant part of the population fiercely opposes the changes; mainly the urban, liberal-minded pro-European and better-educated citizens. The other part of society, the poorer conservative and more lowly educated, strongly support the policies of the government. From a political point of view, the ever-escalating conflict is starting to reach a dangerously high level.

Nevertheless, economic reactions to the crisis, at least up until now, look astonishingly calm. The złoty exchange rate, frequently seen as the most sensitive barometer of the market’s mood, has weakened only slightly. In fact, the złoty remains stronger than it was during the whole period since the last general election.

Simultaneously, the Warsaw stock exchange index is approaching historic peaks. It is not difficult to understand the reasons for that. The Polish economy is growing at a comfortable rate of around four per cent. The unemployment rate has hit record low levels. Inflation remains under control and does not exceed two per cent, while the central bank’s policies look responsible and reasonable. The state budget has recorded a surprising half-year surplus, and the current account deficit remains very low. Altogether, all the short-term indicators look satisfactorily, at least.

Nevertheless, the problem is in the longer term. The deputy prime minister, responsible for economic affairs, reaffirms that domestic and foreign investors are not frightened by the tensions and willingly plan their new operations. This may be true, for the time being.

However, if firms start to doubt the independence of the courts, their enthusiasm for new investment may rapidly collapse. It will be particularly risky if the government continues their plans, mentioned by officials, to retreat from bilateral investment protection agreements, and to replace the international arbitration, offered to them, with a mechanism of settling conflicts in Polish courts.

The biggest risk, however, is connected to European policy. The ruling party’s current legal actions have put Warsaw on a sharp collision course with Brussels. The rapidly growing tensions between the government and the European institutions may lead to a situation where doubt may be cast on Poland’s future membership in the Union.

If such doubt appears, even inadequately founded, investors’ reactions may be really punitive for the Polish economy. Just as Adam Smith warned.

Azerbaijan: The Rich Get Richer and the Poor Get Nothing
Poland’s Drift Away From Democracy
Comment