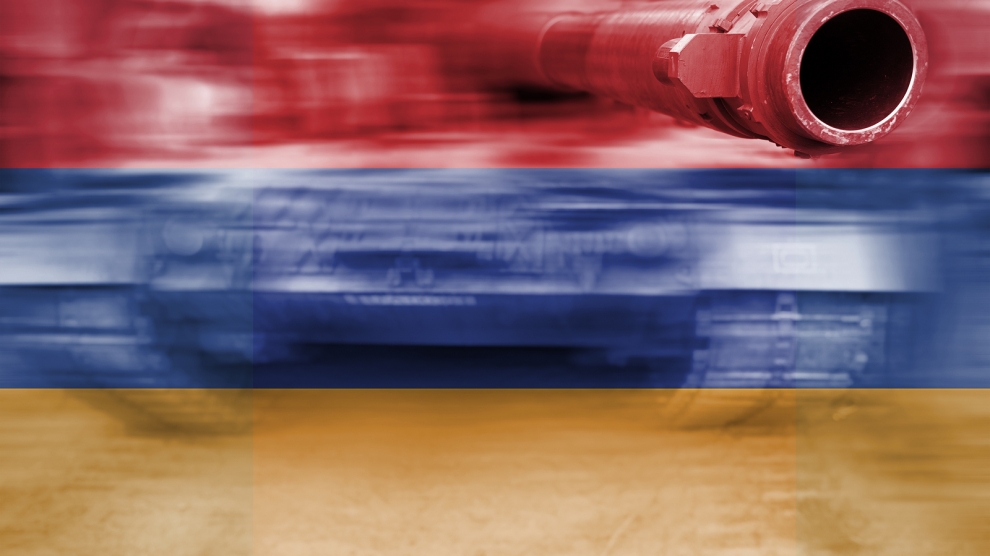 Interestingly, this is the second loan of this type Armenia has received from Russia since 2015. The previous loan was for 200 million US dollars and was used to purchase sophisticated Russian weapons.

Though the new agreement clarifies that it should be used for purchasing modern arms from Russia and with the purpose to further develop friendly relations between the two countries, it does not provide a list of items to be purchased.

The expert community varies in its opinion on how the loan will be used, providing a wide range of suggestions. Most agree, however, that artillery, anti-tank weapons, high-tech reconnaissance and communication facilities, as well as modern air defense systems are likely to be on Armenia’s shopping list.

From this perspective the main question is why Armenia has sought a new loan now, given that the full amount of the previous loan has not yet spent (30 million US dollars remains unspent).

The ongoing arms race between Azerbaijan and Armenia. In late June 2017 Azerbaijan announced the purchase of a large batch of weapons from Russia which, according to officials in Baku, were planned to be used against Nagorno-Karabakh. Less than a month later the Armenian Minister of Finance Vardan Aramyan declared that Armenia is discussing a new loan agreement to buy Russian military equipment.

The approval of the loan agreement by the Armenian Government took place shortly before the Armenian President Serzh Sargsyan met his Azerbaijani counterpart Ilham Aliyev meeting in Geneva on October 16. As the Azerbaijani side largely apply the principle of “use of force or threat of use of force” in negotiations with Armenia, the timing of the announcement could be seen as a counterweight to Baku.

According to some experts the balance of power between Armenia and Azerbaijan was restored through the previous purchase of military equipment (in the framework of the earlier 200 million US dollar loan). From this perspective the further modernisation of Armenia’s military capabilities can be seen in the logic of further enforcement of Russia’s only military ally in the region, situated on the frontline of the continuously destabilising Middle East.

Continuing the previous idea, it is notable that on September 23 Mr Sargsyan signed a law to ratify the establishment of an Armenian-Russian joint military group. In this context a militarily strong Armenia could be a necessary ally in times of global uncertainties.

Last but not least could be the “Chinese factor.” In September, Armenian Minister of Defense Vigen Sargsyan visited China and agreed with his Chinese colleague to deepen military ties between the two countries. Given the gradual rise of China, this loan could be designed to ensure that Armenia does not expand its military cooperation beyond existing parametres.

As such, the 100 million US dollar loan to purchase modern arms should be viewed as a multi-faceted combination of many components, as a balance of power and regional stability in the South Caucasus, as counterweight to threats from the Middle East, as well as the modernisation of the Armenian army.

At the same time, the more fierce the armaments race between Armenia and Azerbaijan, the more dangerous the situation, which could lead to the destabilisation not only of the South Caucasus, but of a much wider Eurasian region.

Ruben Elamiryan holds a PhD in Political Science, and is assistant to the Chair of Political Governance and Public Policy at the Public Administration Academy of the Republic of Armenia. He is also a lecturer at the Russian-Armenian (Slavonic) University.