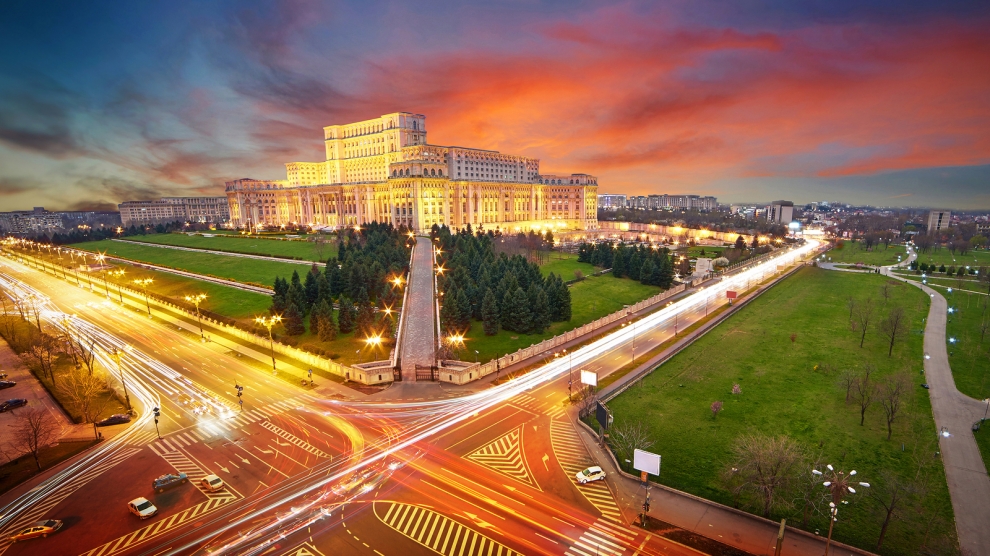 Those who lived through the dark days of communism have overwhelmingly consigned this evil doctrine and its proponents to the dustbin of history. Even a mere recount of the severe hardships and unpleasant experiences survivors of the regime endured has the potential to send shivers down their grandchildren’s spines. And yet while the transition to capitalism and democracy has largely been heralded as a harbinger of socio-economic progression, the legacy of tyrannical rule has however proven difficult, if not impossible, to erase in its entirety. Rampant corruption and inherent poverty still plague several of the independent, self-governing republics formerly under the Soviet Union’s chokehold.

Though the teachings of Karl Marx have been widely depicted as outdated and troublesome, the ultimate collapse of the command economy is deeply rooted in the state’s misinterpretation of socialism as a license to acquire and exercise limitless influence over its citizens.

One of the unintended by-products of the totalitarian model was to render members of the now defunct Warsaw Pact a sightseer’s utopia decades later. While mainstream European capitals such as Paris, Brussels and London pride themselves on being melting pots through noticeably overrepresented minority groups, the relative homogeneity of the population in their sister cities to the east resonates surprisingly well with the vast majority of visitors.

Being among predominantly indigenous people of any country and hearing the native language spoken profusely is far more conducive towards immersing oneself in the local culture. Circumventing the thrust of mass migration, amidst the pace and scale of globalisation, is attributable to the ex-communist nations failing to break with the past and  insulating themselves from much of the outside world.

Russia and Belarus, for instance, still adhere to strict visa policies and have implemented fixed quotas for foreign nationals from outside the CIS region seeking to reside and work there. Such initiatives not only dissuade would-be expatriates from settling down in these countries, but also keep tourist numbers in check – the benefits of which are two-fold.

On the one hand, a limited influx of visitors facilitates the upkeep of national heritage sites while curtailing environmental degradation. A supplementary argument in favour of espousing strict entry requirements is that many travellers nowadays are increasingly opting to explore “off-the-beaten-track” destinations which welcome considerably fewer holidaymakers yet offer an equally, if not more, enriching experience than elsewhere in the continent.

Whereas the monolithic, graffiti-laden residential blocks on the outskirts of most major eastern European towns may be far from an aesthetically pleasing sight, one cannot resist being mesmerised by the colourful, neo-baroque architecture situated in and around the city centre. The grandiosity which characterises government buildings like the Palace of Parliament in Bucharest and the Országház in Budapest is symbolic of the sheer omnipotence enjoyed by the state at the time of their construction.

Furthermore, the exquisitely-carved sculptures and meticulous details which adorn the edifice façades bear testament to the painstaking efforts of Stalinist-era workers who would find themselves harshly reprimanded for even the slightest deviation from pre-set instructions.

The eventual collapse of communism paved the way for the restoration of religious establishments while simultaneously unleashing an explosive bout of creativity from artisans who virtually had a freehand to let their imaginations run wild. The abundance of Byzantine-inspired monasteries, churches, cathedrals and synagogues that emerged in the Eastern Bloc following the paradigm shift have become landmark attractions whose tastefully-decorated interiors draw thousands of admirers from all corners of the globe.

Sarajevo has been dubbed the “Jerusalem of Europe” for embracing diversity as well as championing a mutual understanding between its traditionally Islamic civilisation and the continent’s Judeo-Christian tenets. The square of religious tolerance in Sofia is another noteworthy example of the centuries-old cohesion and harmony which exists among various faiths in the region.

A salient pillar of communism is the notion of classlessness which sought to eliminate material parameters from dictating an individual’s social standing. The custom of treating others in an egalitarian manner irrespective of their background has permeated to future generations and is often embodied in their demeanour. It is not unusual to come across ordinary locals who go out of their way in ensuring that guests are well looked after and feel completely at ease during the course of their trip.

Alternatively put, befriending someone is not thought of in transactional terms or with the agenda of monetary gain in mind. Anyone who is well-versed with the CEE region will uphold that it is the hospitality of the inhabitants they come across which leaves a lasting impression of the host country being frequented. The capitalist movement, meanwhile, has given rise to an opportunistic environment wherein people have become overly-preoccupied with reciprocity. The commonly-used adage “there’s no such thing as a free lunch” serves as a grim reminder today, nobody is willing to extend any favours or gestures of goodwill without receiving something in return.

Owing to the advent of dictatorial leadership, constituents of the CEE region now have the substance and platform to showcase their rich past which differs markedly from the current way of life. For inquisitive travellers who wish to learn more about this bygone age, a plethora of multi-storey, state-of-the-art museums chronicle the living conditions under communism through their elaborate collection of artifacts and artillery from the post-World War II years.

The regimented upbringing citizens underwent, coupled with the Big Brother-esque scrutiny to which they were constantly subject, has helped them excel in vocations which entail the utmost precision and discipline. From impeccably-orchestrated military parades to flawlessly-choreographed ballet performances, Marx’s craving for idealism sowed the seeds for flamboyant spectacles which today serve as a source of entertainment for the general public.

Despite the notorious reputation eastern European nations have for lagging far behind the west insofar as wealth creation and distribution are concerned, their governments warrant some degree of praise for steadfastly allocating a sizeable budget towards the refurbishment and maintenance of historical treasures. To their credit, local authorities have never lost sight of the pivotal role arts and culture plays in familiarising residents and outsiders alike with the underlying foundations upon which their societies were moulded.

Although somewhat intimidating at times, the excessive deployment of patrol officers throughout Eastern Europe’s thoroughfares does instill a strong sense of reassurance that law and order is being adequately enforced. This precautionary measure has been an effective means of quelling disorderly public conduct, with protests and demonstrations erupting far less frequently than in Western Europe.

Erstwhile communist countries have also fared well on the gender equality front since chauvinism never actually prevailed in this part of the world. The belief that women are just as capable as men at mastering any given occupation has been ingrained in the Slavonic ethos for centuries and continues to manifest itself in the demographic make-up of the region. Healthily-balanced sex ratios in the former USSR have fostered an ecosystem in which young ladies are able to thrive at the workplace while enjoying basic freedoms outside it, such as roaming the streets unaccompanied at ungodly hours or sporting any attire of their choice without fear of falling prey to hate crimes. In certain extreme cases, such as Ukraine and the Baltics, the population is disproportionately in favour of females who vastly outnumber their male counterparts. According to a recently published WPS Index, Estonia is considered one of the world’s best places for women’s well-being while the CEE region boasts relatively low rates of domestic violence.

By virtue of leaving behind the Iron Curtain for such a prolonged period, citizens of emerging Europe attached great importance to self-sufficiency and grew accustomed to fulfilling their subsistence needs through domestically-produced or extracted resources. The long-standing tradition of using organically-sourced ingredients in national cuisine not only adds a certain authenticity and flavour to the dishes being served, but also allows epicures to delve into the local gastronomic scene fairly inexpensively. During the Cold War, inhabitants of the Eastern Bloc were granted free access to healthcare and education – both of which were deemed fundamental entitlements and still remain heavily subsidised by the state today. Medical tourism in the CEE region is gradually gaining traction due to the affordability and extensiveness of healthcare treatment provided together with the high-calibre of local practitioners. A number of Polish and Czech universities, meanwhile, have witnessed a promising uptick in international enrolment and feature prominently on the list of the world’s most prestigious academic institutions.

The substantial inflow of Chinese foreign direct investment has attracted its fair share of scepticism, with many questioning their ulterior motive behind extending such generous credit lines to constituents of the Balkans and neighbouring beneficiaries. An obvious justification for the lack of receptivity towards these incoming funds is the geo-political leverage any modern-day superpower attempts to exert over less significant, cash-strapped economies. That being said, there is an undeniable affinity China feels towards this consortium of nations on purely ideological grounds. The much-needed capital injection has endowed its recipients with the means to build more robust infrastructure, expand their tertiary sector and improve the overall standard of living for its citizens. From a tourism standpoint, the CEE region is now much better equipped to accommodate a large volume of overseas visitors and reap the fruits of their lavish vacation spending.

Escaping the shackles of authoritarianism has placed the eastern European countries on a prosperous path towards self-determination and modernisation. Nevertheless, it would be unreasonable to neglect or discount the contribution of this oppressive movement in adding impetus to their westward pivot. Ironically enough, it is the bitter memories of communism which amplified their hunger for freedom and encouraged remarkable strides towards a total decentralisation of power.

With Ceban’s election in Chișinău, is a ‘Dodonarchy’ nigh?
AI and RPA: Threat or opportunity for the IT managed services industry?
Comment