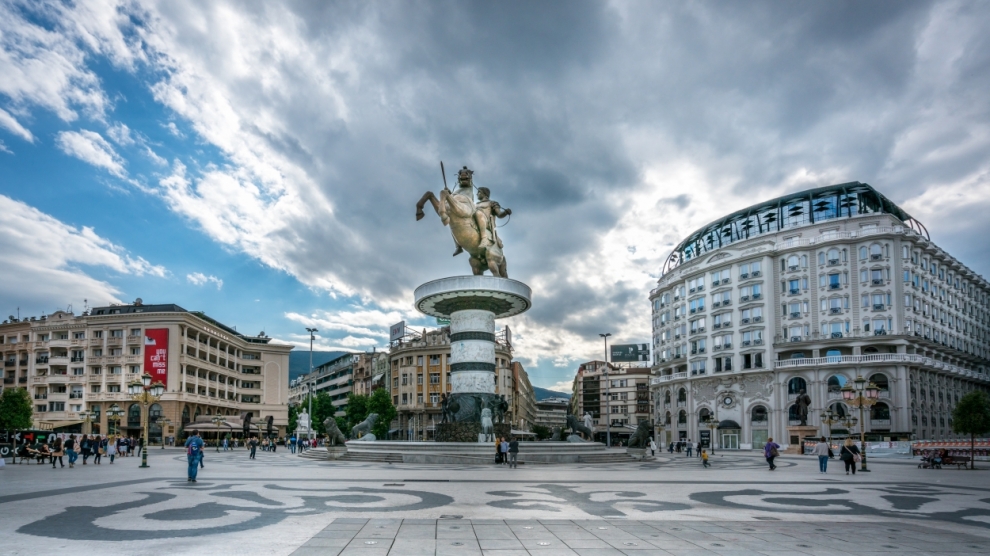 Emerging European economies offer a sound business regulatory framework. According to the World Bank Group’s Doing Business report, four economies in emerging Europe are in the global top 20 for the ease of doing business rankings. They are the former Yugoslav Republic of Macedonia (ranked tenth out of 190 economies), Estonia (12), Latvia (14) and Georgia (16).

Moreover, the region has, in general, made great strides to improve the business climate for local firms. In the past five years alone all the economies in the region recorded reforms that benefitted entrepreneurs (see Figure 1). This is an important feat as countries with business-friendly regulations tend to attract more foreign investment and have lower levels of income inequality. 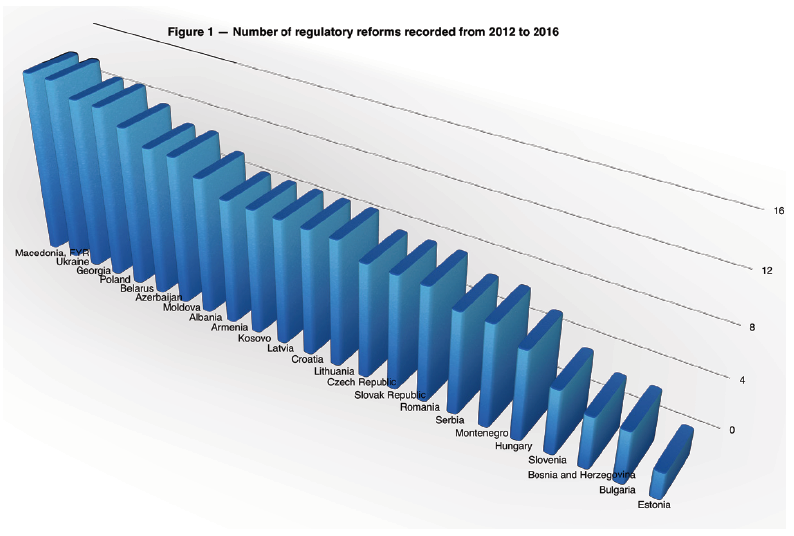 Georgia, Serbia and Belarus were among the ten economies that were highlighted in 2016, for making the biggest improvements in their business regulations. Owing to streamlined processes and time limits, Serbia reduced the time needed to start a business, obtain a building permit and transfer property. Belarus improved its business climate by – among other things – establishing a one-stop shop at the electricity supplier and by providing consumer credit scores to banks and financial institutions. Georgia implemented five reforms, such as easing export and import documentary compliance through an improved electronic processing system. It is the fourth time in 12 years that Georgia has joined the list of top improvers; during this period, output per capita in the country increased by two thirds and business density more than tripled, as shown in the World Bank’s World Development Indicators database and Entrepreneurship database.

Looking back over the past five years, over half of the economies in the emerging Europe region undertook ten or more reforms, in the areas measured by Doing Business — from easing foreign trade to improving access to credit. In contrast, on a global level, less than a quarter of the economies achieved this milestone. While reform agendas have differed from one country to another, the areas that have seen the most improvement, in emerging Europe in recent years, are taxation and business incorporation (see Figure 2).

Properly developed and effective taxation are crucial for a well-functioning society. Overly complicated tax systems are associated with high levels of tax evasion, large informal sectors, more corruption and less investment. Therefore, it is encouraging to see that, from 2012 to 2016, 20 of the 23 economies in emerging Europe implemented reforms to make paying taxes easier, and reduced the time to comply with tax obligations by nearly ten per cent.

Albania was one such economy that carried out a slew of initiatives. In 2013, it allowed corporate income tax to be paid quarterly. In 2016, it introduced an online system for filing and paying taxes. As a result, the time to pay taxes was markedly improved for local firms, from 357 hours in 2012, to 261 hours on average in 2016. Thanks to this, today, businesses in Tirana have more time to dedicate to their operations. 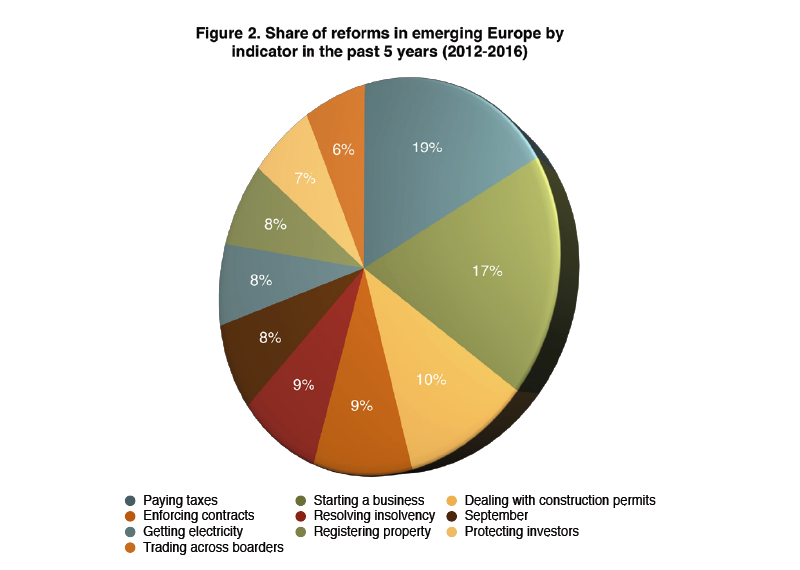 Throughout emerging Europe, considerable improvements have also been recorded in the area of Starting a Business. This is a strategic area of focus as an easier start-up process has numerous benefits, such as higher levels of firm formalisation, economic growth and greater profits. Several countries in emerging Europe now set the best practices, when it comes to business incorporation. The former Yugoslav Republic of Macedonia, Georgia, Azerbaijan and Armenia are among the top ten countries, worldwide, where it is easiest to launch a business. Start-ups in these countries can incorporate and begin operations in less than five days, compared to a global average of 21. Moreover, throughout the region, budding entrepreneurs need not worry about gender barriers — unlike in some economies, worldwide, where women still need to jump additional hurdles compared to men.

While emerging Europe is competitive across several areas of business regulation, there remains room for improvement – especially with regards to the construction permitting process or obtaining a new electricity connection. Indeed, it takes an average of 116 days to get connected to the grid in emerging Europe compared to 76 days in OECD high-income economies. So, while emerging Europe offers a robust regulatory regime to firms, further improvements can be made to benefit local firms and improve national competitiveness.

Santiago Croci Downes is Acting Manager, Doing Business Unit, World Bank. He joined the Doing Business team in March 2008. Prior to that, he used to lead the Getting Credit - Legal Rights indicator. Before joining the team, he worked on an insolvency and creditor rights initiative at the Legal Vice-Presidency of the World Bank Group. He also worked on development issues at the Competitiveness Capacity Building Initiative of the Organisation of American States. Mr Croci holds a law degree in corporate law from Montpellier I University (Montpellier, France) and a master's degree in international law from Paul Cézanne University (Aix-en-Provence, France).