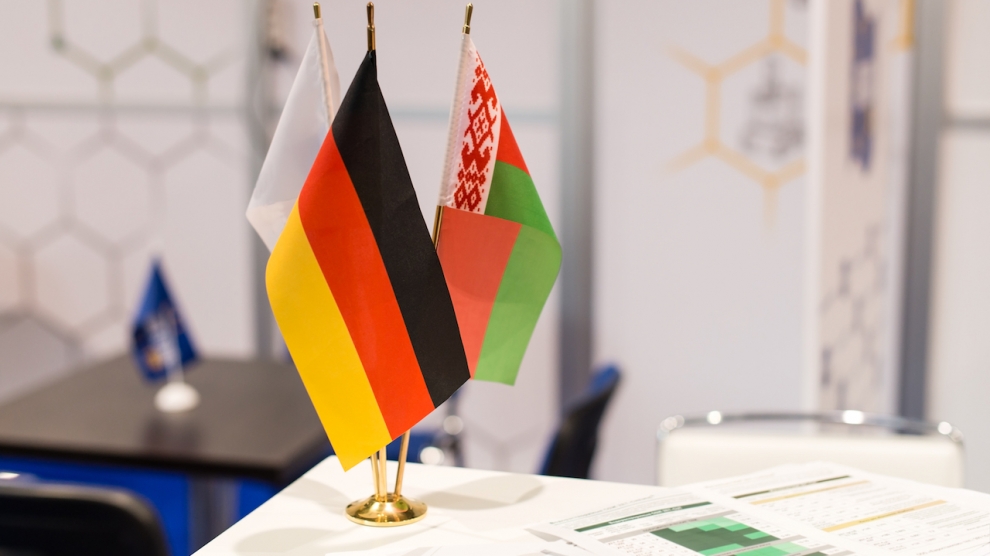 Despite the slowed growth of the world economy, Brexit and the other challenges of the European Union including a migration crisis and the instability of economic development in the Eurozone, associated with an increase of global risks, Germany is still the main engine of the integration process inside the EU. Germany is also one of the world’s leading FDI recipients and, according to the E&Y European Attractiveness Survey 2016 which was published in June 2016; it is the most attractive European country for investment.

The secret of the successful maintenance of such a high position even within the crisis period is a focus on innovations, strong scientific and research development, industrial policy adjustment, implementation of an energy transition strategy and support for SMEs and their export potential.

The country boasts even more advantages, such us an economic and political stability making it the strongest European economy as well as its being technology intensive, well-diversified and constantly growing. Another advantage is its entrepreneurship: the German economy is “forged” by 3.7 million companies, with 99.6 per cent being small and medium enterprises (SMEs) that, among other things, implement the country’s innovative potential. It is SMEs that make Germany the top exporter of technological products.

Germany is located in the centre of the Old Continent and this central position helps it open its market to foreign companies. The country also has the ideal conditions for servicing other European countries — first of all the 28 EU members (so far). In 2016, Germany will have been a world leader for three consecutive years in a row, according to Logistics Performance Index ranking announced by the World Bank thanks to its exclusive infrastructure and the quality of its roads, airports and railway systems. Last but not least, Germany’s manpower is well educated, thanks to, particularly, the dual educational system. More than 80 per cent of the working population has vocational training or a higher education.

At the same time, high costs for power supply, relatively high labour expenditures with an increasing shortage of labour and increased competition in niche sectors are typical for Germany, as well as for other countries with a similar — non-resource based — economy structure.

Now, Germany and Belarus have had close economic and investment relations for decades. Germany is among the top five trading partners of Belarus and is one of its main trading partners from the western countries, for years. On top of this, it remains a leading supplier of production goods, innovation and high-technology products and is one of the most important partners in the sphere of investments and lending.

There is remarkable potential for the further development of German-Belarusian cooperation in many areas. Its realisation now depends on Belarus’ development as an appealing trade partner and an attractive place for investments. Within this context, Germany’s undisputed high level of experience and international competitive strength as a business location could be of interest.

Where does Belarus stand in this context? Well, undoubtedly, an analogy with Germany can be drawn here. First of all, its advantageous geographical and geopolitical location, as an economic connection and a bridge between the European Union and the Eurasian Economic Union (EEU), offers high transit potential.

Favourable conditions for economic and investment activities have been established there and, as a matter of fact, today almost all of the country is an investment site offering preferential conditions (small towns and rural areas, the Hi-Tech park, free economic zones and the Great Stone industrial park).

Against the background of the crisis in neighbouring Ukraine and the remarkable cooling in relations between Russia, the USA and the EU which could last for an indefinite time period, Belarus’s stability appears to be a significant advantage, while the positive experience of the easing of tensions in the region has allowed it to improve its relations with Germany and other EU countries. It would be reasonable to apply this experience in the geo-economic field.

Finally, a wide range of successful examples of the activities of foreign companies, including the German ones, in the Belarusian market, still propose interesting niches. It is still necessary to upscale this experience and to extend the total range of opportunities in order to attract FDI,  in the sphere of implementation of both the green- and brownfield projects in very different economic sectors, including the context of the Eurasian Economic Union (EAEU).

The results of the survey on the state of the business climate in Belarus (which has been conducted annually by the Representative Office of German Economy amongst the German companies since 2012) also prove this. Developed infrastructure, stability, manpower potential, associated with high evaluation of education level, production capacity and personnel motivation are traditionally at the forefront of the ranking of the business location factors.

This comparison shows that Germany and Belarus are similar. For this reason Germany’s experience in increasing a country’s investment attractiveness should be thoroughly examined and used by Belarus in order to implement its investment policy and to find new economic drivers within the framework of measures.

Historically, Belarus has long been a location for the application of large-scale investment and for a long time it was the assembly workshop for the entire USSR. At that time there was a wide range of competitive manufacturing plants on the  Republic of Belarus’ territory.

That economic model existed up until the collapse of the USSR and, in fact, has been maintained in the independent Belarus.

In spite of large-scale modernisation, this model did not allow the activation of market development mechanisms, based on competition or the use of continuous technological process advantages, to their full potential. “Pre-emptive modernisation” was also not a success; there were merely attempts, sometimes successful, to catch up with the advanced countries and to face new global challenges — such as the total digitalisation of all spheres of economic development and the new industrial revolution — Industry 4.0, the smart economy and the search for new opportunities for the establishment of cost-efficient climatic and environmental protection.

Today, it is these challenges that are building the basis for the setting up and implementation of the main paths of the economy and its constituent parts — the industrial and investment policy of Germany that is staking its chances on the creation of a regulatory base for digitalisation and total digitalisation by 2017. The country is also working towards the enlargement of state investments and the stimulation of private investments — primarily, the internal — with the aim of further developing the infrastructure (they are already a world leader in this sphere!).

It is important to boost education and innovation through start-ups, and the attraction of venture capital as well as meeting the economic needs of manpower, through a more active involvement of different social groups in the work process. This includes people of retirement age, migrants, young parents and foreign specialists.

It is also crucial to maintain an economically efficient energy supply, a climate and environment of protection within the framework of “Energy Transition” strategy and, finally, to explore new markets outside Europe and to extend the export opportunities for enterprises.

These areas of focus are positive evidence of how the improvement of a country’s basic advantages is carried out, first of all, as drivers of economic growth and an enlargement of the country’s welfare as well as, in this context, as factors that will contribute to investment attractiveness.

Belarus also has huge potential, as it traditions and production culture have led it to become a part of the chain, for added value creation, within the global and regional differentiation of labour. It is important to clearly determine the growth points which, together with historical and geographical advantages, could enable the required breakthrough.

On one hand, Belarus can offer its potential in the transport and logistics sector and could be an attractive transit country for trans-shipment. On the other hand, it could prove itself an interesting location for the production and provision of services (including the ICT sector).

Under the condition of free access to EEU partner countries, and with an account of special characteristics of the industrial assembly regime and requirements for manufacture localisation (e.g. automotive in Russia), Belarus could offer the export-oriented producers, of components and spare parts for machine and automobile manufacturing from Germany and other countries, an opportunity to supply accessories for the world-famous concerns, operating on its own territory.

Belarus could offer its potential as a partner in the sphere of industrial cooperation, as an “enlarged conveyor-belt”, including a continuing supply of goods to the markets of Germany, the EU and other countries.

Belarus has a lot to offer. So, what hinders the realisation of this potential? Factors that remain vital for the country are: the rigorous implementation of structural and accompanying institutional reforms, the creation of favourable frame conditions within the framework of legal stability, an uncompromising law enforcement practice and investment protection guarantee and a higher stability of economic policy (here we can again appeal to the results of the above-mentioned survey).

In addition, the redistribution of human resources and capital resources in favour of high-productivity segments, the restructuring of the sector of state enterprises and increase of the role of the private sector and the service sector in the economy are urgent priorities for the further development of the Belarusian economy.

Taking into account the above-mentioned, studying the experience of other counties, and associating it with the demands and opportunities for implementation in Belarus, is one of the main tasks of the institutions that are responsible for investment policy and the stimulation of international economic activities. The motto of the worldwide network of the German Foreign Chambers of Commerce, coordinated by the Association of German Chambers of Industry and Commerce is  — “Think global, act local“ and it is very apt in this context.

In early 2016, the EU lifted sanctions against the Republic of Belarus which, undoubtedly, was a telling moment for the country. The activation of official contacts, on different levels, with Belarus from the EU and Germany is a new reality. We hope that it will give a new, positive and constructive push for bilateral economic cooperation between Germany and Belarus.

The Representative Office of German Economy which in 2016 celebrates its 15th anniversary as an official instrument of the German foreign economic policy, and it is ready to continue its mission. It is ready for more active participation in the process of intensification of the bilateral German-Belarusian business cooperation.

Russia loses its chance to capture the EU gas market

Dr. Wladimir Augustinski is the head of the Representative Office of German Economy in Belarus (RGE), which is a part of the worldwide network of the German Chambers of Commerce of the Association of German Chambers of Industry and Commerce (130 offices in more than 90 countries) – the official tool of foreign economic policy of Germany. The RGE´s main goal is the active promotion and development of bilateral economic relations between Germany and Belarus.