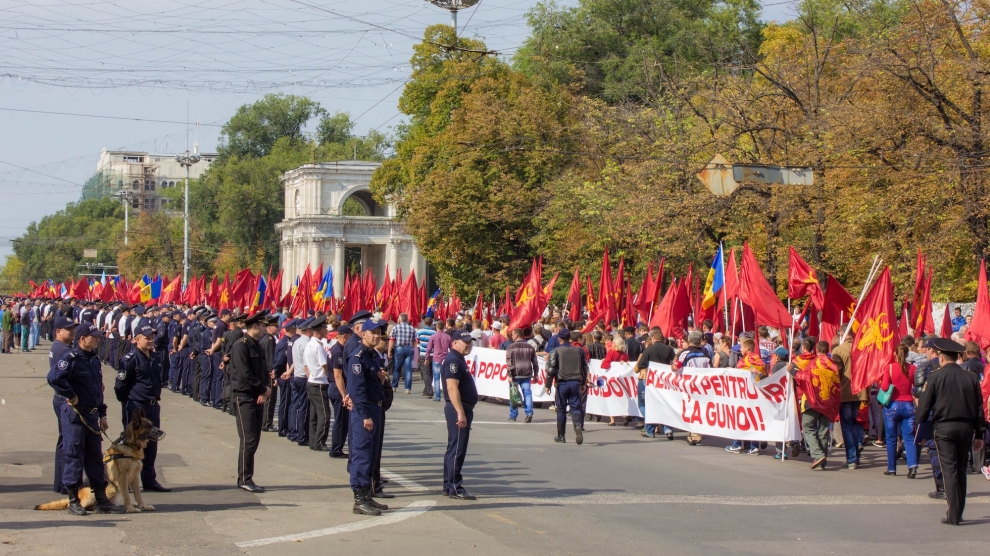 After the signing of the Association Agreement between the European Union and Moldova in April 2014, the EU membership became a clear perspective for the 25 year-old country. A coincidence or not, the same Agreement was proposed to Ukraine and Georgia in the context of the Russian expansion — the annexation of Crimea and the intervention in Donbass.

Perhaps that association deal was a tool for the EU to think of the countries in the very proximity of Russia’s sphere of influence as of friendly partners. But for the three countries, the deal was a generator of hope for future investment, freedom of movement and sustainable economic development.

Meeting little critics, the EU has closed its eyes on the lack of concrete, progressive reforms and then, lack of interest to fight high-level corruption and frauds in Moldova, Ukraine and Georgia.

Taking Moldova’s path in particular, it can be said that the so-called pro-European governing parties (Liberal-Democrats, Liberals and Democrats) actually gave up on continuing their promised reforms by promoting the obtained visa-free regime within the EU as the main achievement since the independence. Even though, the terms and the legal conditions asked by Brussels to be implemented have been applied in a less than 50 per cent ratio.

After ratifying the Agreement quickly, the pro-European majority didn’t just neglect the promises made to both the EU and the people. These parties simply immersed into the mud of sharing influential positions, improving their corruption and fraud schemes and then performing Hollywood-like political shows. The main characters of that Moldova’s Failure movie are to be known, and there is quite a few of them.

His party is now out of the coalition and is about to join the opposition.

Liberals led by the eccentric Mihai Ghimpu, supposedly pro-Romanian and pro-NATO, apart from being pro-EU. The party members close to him still have control over the Transportation Ministry, the Defence Ministry, the Education Ministry and the Chișinău City Council. Ghimpu broke the coalition once by demanding a reform of the prosecution and justice system. Joined back, gave up on the old principles and is open to cooperate with the Liberal-Democrats, on the one hand, and the Communists (diametrical enemy), after being kindly asked by Democrats, on the other hand.

Democrats “owned” by the oligarch Vlad Plahotniuc, who played a key role in the coalition due to the great financial and political power. Despite having few MPs, Plahotniuc managed to have in his hands a few key institutions: the Speaker of the Parliament, the Ministry of Economy, the Secret Services, the General Prosecution Office, several high-profile judges and prosecutors and the Anti-Corruption Centre (the same which arrested Filat). He has been showing secrecy and strength at the same time by threatening and blackmailing political opponents. Nevertheless, he’s able to control even the Pro-Russian opposition.

The Opposition, both the Communists and the Socialists. The leader of the latter supported the voting of a pro-European President, but now is criticising him and the majority through protests. The Communists tend to adapt to the pro-European idea, in order to survive on the political ring. Neither of these two parties, represents a real, trustworthy opposition. Just before the end of 2015, some 14 Communist MPs left the party and joined the Democrat caucus to form the so-called Social-Democrat Platform, which is supposed to compete with the extreme leftist Socialists.

The people. Fed with promises and a future in Europe, they forgot to demand their fulfilment even during relatively good governments. The mass-protests began only in spring 2015, when the famous one billion dollar fraud from the banks had been discovered and the public opinion realised that Moldova is about to go bankrupt and become financially unreliable. They are now struggling to form some specific claims, but cannot find a clear national leader. Even the protest movement organised by the Civic Platform “Dignity and Truth” galvanised too little in the minds of the governors and made no change in the policies or the quality of life in 2015. It barely showed leadership, unity and clear determination.

The European Union. The multiple visits of European leaders and the investment made without enough control has let the governing parties the EU would help them anyway.  The European Union had managed to show the light at the end of the tunnel for Moldova, but it bother to check whether the changes were going on the right direction and didn’t tell Moldovans to stand up from the knees by themselves, even in pain. Even if that pain is a sweet-lying one.

This rejection of a reformist Government was the last of drop in the cup of disgrace of the citizens who were asked themselves whether lack of quorum means a rejection of the Government according to the Constitution. The second and the last legal round of negotiations to form a new pro-European majority and to vote for a new Government started but the probability of announcing preliminary Parliamentary elections is higher as the parties are too stubborn to give up on the occupied profitable state institutions to make some space for independent and reformist professionals.

High is the probability of the pro-Russian Socialists and the partisans of the eccentric Renato Usatîi (and why not, the members of the Social-Democrat Platform) getting enough votes to form a government in the case of preliminary elections in spring, as the centrist and the right-wing voters show little interest or big repugnance for their parties.

However, a new pro-European alternatives appeared. Two new parties — the Dignity and Truth Party, resulting from a civic movement, and the Solidarity and Action Party, led by former World Bank consultant and Education Minister. The problem is that the current governing political class from the Parliament doesn’t want to allow any outsiders from the civil society and the professional groups to seize power. There is no doubt or surprise that the Democrat Plahotniuc and his allies are interested in keeping the status-quo. And he does think he can control the situation. The insiders thus want to control the permissive democracy of Moldova.

Now, when the EU’s success story is about to fail as a democratic state because of the failures of the political class, the people of Moldova see no hope for a better life or even peace. The region is in deep crisis: Ukraine is at war, the European Union is trying to cope with the migration flows, Russia thinks too much of its military position and too little about its economic struggles. Not even the Association Agreement has managed to ensure Moldova’s stability and integrity, taking the separatist Transnistria into account.

So, let the people decide whether Moldova has come to a dead-end or is only preparing for a new start.

This editorial was originally published on moldova.org. The version above has been updated by the author.

Cristian Vlas is an Editor and a Reporter at Moldova.org, an independent (non-political & non-governmental) portal that provides news about Moldova and the world. He is also a student of International Relations at the University of Pécs, Hungary.
Twitter: @cristivlas

What the Belgrade-Pristina Dialogue Says About the EU’s Role As a Peace Mediator
With the US Presidential Election This Year, 2016 Is Critical For the TTIP Negotiations
Comment