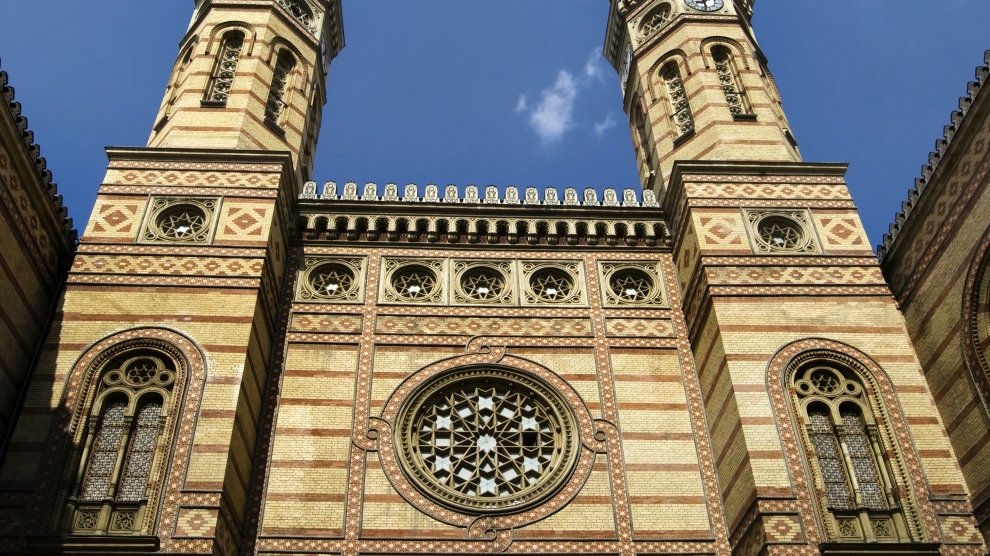 Soon after the fall of the Soviet Empire, Hungary, alongside other former “Popular Democracies” and the newly-established Russian Federation, set up diplomatic relations with Israel.

Hungarian President Arpad Goncz visited Jerusalem, with a lot of fanfare and high rhetoric about the friendship between the two states and peoples. I, personally, being the Israeli Government spokesman at that time, participated in the state dinner.

But was all really so rosy at that time? Not exactly, and this is to say the very least. There was an elephant in the room — the PAST, or to be specific and blunt, the legacy of the Holocaust, and the role of the Hungarian State and people in it. It could not be otherwise with Israel being a Jewish state, where a large community of Jews from Hungary live and prosper. Hungary was just one of these new states, where issues of the past seemed to have the potential of preventing any new, friendly relations with Israel.

Another notable example was Croatia, with the Holocaust-denier President Franjo Tudgman. The passing of time though is usually a good excuse to push aside old grudges, or at least downgrade their importance, and so it seemed to be as well in the context of the developing relationships between Israel and Hungary. However, in this case, present circumstances have caught up with the legacy of the past. This is because the genie of anti-Semitism is out of the bottle in Hungary, with an overtly anti-Semitic party, Jobbik, polling about one fifth of the popular vote. Israel cannot ignore this, nor can the local Hungarian Jews.

The overall historic context of anti-Semitism in Hungary is out of the scope of this particular article, including the Tisza Aeszlar blood libel of 1882-3, as well as the White Terror following the removal of the short-lived Communist dictatorship led by a Hungarian Jew, Bela Kun, in 1919.

However, what happened in WWII cannot be out of this discussion. The massacre of 20,000 Jews in Kamenets-Podolsk in the autumn of 1941, was committed by the SS and Hungarian forces. There is also the ‘’small’’ pogrom of 1,000 Jews in Backsa in 1942, and above all, the months of March-July 1944, when nearly half a million Jews were sent to their death in Auschwitz by the killing machine of Adolf Eichmann. He did this with the active support and cooperation of the Hungarian State, led by the Regent Admiral Miklos Horthy, who, in July, ordered a halt to the deportations, following an international pressure, but it was too late to save the poor Jewish victims. Among the Jews who were not deported, was the Schwartz family, including their 14 year-old son, Georg, who is better known today as George Soros.

These Horthy and Soros are the stars of the latest chapter in Hungarian-Jewish-Israeli relations. Recently, the current Hungarian PM. Viktor Orban, praised the role of Horty in WWII. There was not a word about his actual participation in the Hungarian holocaust, a statement coming just weeks ahead of an official visit of Israel’s PM Netanyahu in Hungary. The Israeli Foreign Ministry, under Netanyahu, who is his own Foreign Minister, issued a lukewarm protest, and the Hungarians said something by way of clarification, but definitely neither a retraction nor an apology.

Interestingly enough, the reaction of the Hungarian Jewish community [100,000 strong] was also vegetative, and in Israel, it was the Left Wing which raised hell, but not the Nationalist Right Wing. The Left does not like the Orbans of Europe, because of their anti-immigration policies, and the strong sense of Islam-phobia attached to that. Many in the Right in Israel like the Orbans, Wilders and to a small extent even Le Pen, exactly because they identify their anti-immigration positions with being pro-Israel.

On both sides of the map in Israel, the debate really is not so much about the issue of immigration itself, rather it is about images and perceptions. Many on the Left adopt the post-Zionist positions, many on the Right resort to ultra-nationalism, and both sides look for their match in European politics. The bottom line was, that the Hungarian exoneration of Horty, a terrible war criminal, who ended his life pleasurably in Portugal in 1957, aroused just a mild storm in Israel, and Netanyahu could claim success with the Hungarian “clarification.”

The real storm erupted over Mr Soros, and the campaign waged against him and his criticism of the Orban Government, over their objections to absorb Muslim immigrants. By all accounts, this is the right of the Hungarian Government to wage a campaign against Soros, though it is somewhat unusual for a government to do it against a particular individual. Here is where the demons of the past came into the heart of the discussion.

Being a Jew is not so simple in Hungary, today, with Jobbik in full force, and with Mr Orban trying to appease them and the other Hungarian nationalists. Soros may be one individual, and important as he may be, or considered to be, for many Hungarians, he may personify the entire Jewish community. This is something which many non-Jews, even those with the best of intentions, fail so often to understand. The burden of anti-Semitism and the holocaust is such that many Jews tend to overreact to what is perceived as anti-Semitism, and no one can blame them for it.

The Orban Government is not anti-Semitic, but many Jews fear anti-Semitism, and they deserved more consideration from their government. So, the Jews raised hell about Soros, but not so much about Horty, and the Israeli Government could not no longer sit on the fence. The Israeli ambassador issued an unprecedented criticism of the Hungarian Government, but was very quickly called to order by his boss, PM and FM Benjamin Netanyahu.

Soros is not a popular figure in Israel, to say the very least, being a Globalist, and funder of anti-Zionist NGO’s in Israel, as well as supporters of the Boycott Israel movement. Netanyahu issued a strong condemnation of Soros. The Hungarian Jews were unhappy and their government withdrew the anti-Soros billboards a few days later, and then hosted Netanyahu with a lot of fanfare, which was also in display when Netanyahu participated in the summit meeting of Orban with the leaders of Poland, Slovakia and the Czech Republic. Netanyahu could claim another diplomatic success, the Right liked his attack on Soros, the Left is not really that important in Israel, and the Orban Government could be satisfied that the crisis was over.

On the face of it, all of this can be glossed over as a chain of inconsequential events with a happy end. Not so. It is a story which can, and very likely will, repeat itself in the context of the relationships between Israel and other East European states [Ukraine is one such example], a story which has to do with the soul of Israel, but also with that of the new democracies of Eastern Europe and their dealing with their past. An illuminating experience with an unclear outcome.

Dr Josef Olmert is a former director of the Government Press Office and advisor to former Prime Minister Yitzhak Shamir. In 1999, he was a policy advisor to former Defence Minister Moshe Arens. He holds a PhD from the London School of Economics in Middle East Studies, headed the Syria and Lebanon desks at Tel –Aviv University’s Moshe Dayan Centre for Middle Eastern and African Studies-where he served on the faculty. He has authored three books on the Middle East, as well as numerous articles in important academic journals. He taught at Cornell University, York University in Toronto, City College in New York and American University in DC.

E-lifestyle and Cyber Security: Some Views From Estonia
EU-CEE Is Still Growing at a Healthy Rate
Comment