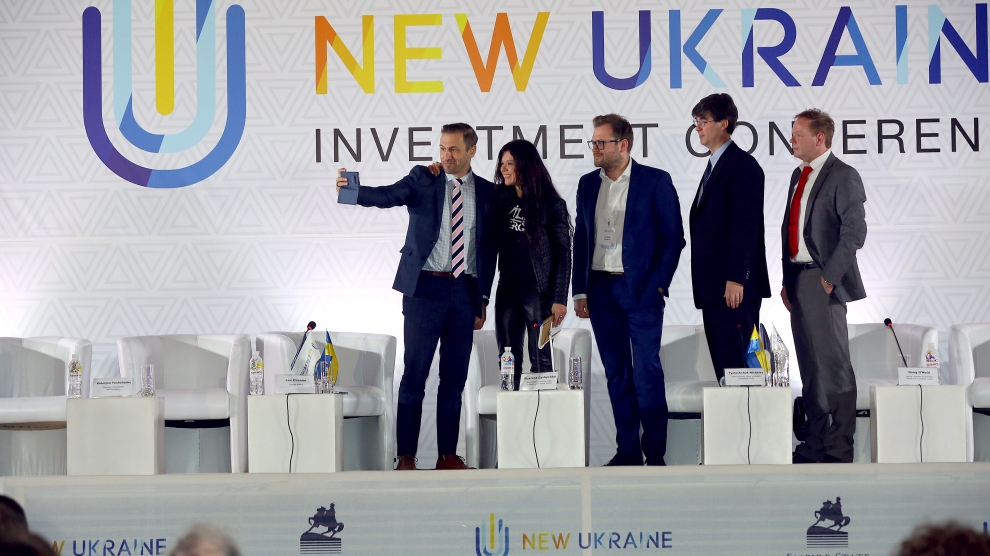 Before I arrived in Ukraine, being Canadian citizen, I knew practically nothing about the country. I met a few people from the diaspora in Canada, but aside from that, I was quite clueless as to the country and its people.

I had met a few people from Ukraine that were visiting Canada at the time and we got to talking that if I was ever in Europe that I should make a detour and come discover the country. A few months later, I decided to travel the world to meet with companies that wanted to hire me and I took my Ukrainian friends’ up on their offer. Once there, I decided to approach people in the advertising community and was quickly offered a position as their creative director.

Next thing I knew, I refused several job offers in other, better-known countries and I was packing my bags to move to Ukraine. Why? I felt that Ukraine matched my character and curiosity as to what could be created when passion and determination are combined. Something about Ukraine seemed more appealing for me and I felt strongly that this was where I was meant to be. Now, 18 years later, it’s still one of the best decisions I have ever made and I have never once regretted choosing Ukraine.

The most surprising thing upon arrival is that all your preconceived perceptions are thrown out the window and you are in a constant flux of discovery. Like a saying I once heard: ‘When was the last time you experienced something for the first time?” Ukraine is exactly this… constantly exposing you to new experiences that will challenge your mindset in every way… but in a positive way.

While I had the great honour of being the CEO of Kyiv Post, I felt I could have more impact on Eastern Europe by returning to my roots in communications. On March 1, 2018, I launched PLAN C, which is an international communications firm that specialises in working with global CEO’s and governmental organisations. We have worked with Ukraine House Davos at the World Economic Forum, the Canadian government, private equity giant Horizon Capital, the Ministry of Agriculture in Ukraine which we are about to launch a new promotional video that focuses on attracting investments for organic farming. We are also very excited that we will be launching – in the first quarter of 2019 – our second office, which will be located in New York. It will help us support several new clients in the US as well as allowing our Eastern European clients to better promote and integrate their products into the United States and Canadian markets.

Ukraine is a work in progress, but a work that is progressing faster than any other country in my opinion. For a long time, it was held back by its large northern neighbour in order to keep it in check with what was important to their needs and political goals. Now that Ukraine has broken its shackles from Russia, the chance to truly express itself and show the world what it can deliver is becoming fast known and is rapidly adapting and often dominating several sectors such as agriculture and IT outsourcing. The country has always been loaded with talent, but held back by outside forces. Now that it’s free to show its true potential, counties are lining up to form free trade pacts and to invest in its talented workforce and low prices.

It’s not only the biggest country in Europe, but more importantly the biggest opportunity in terms of business and growth. The timing is perfect for investment while prices are low as it means getting in on the ground floor that will yield bigger profits and first move advantage position for most sectors. While corruption is an issue for any country that is evolving from a post-soviet past, Ukraine is quickly shedding this image by implementing fast reforms that meet global standards. It will take time, but the important part to remember is that Ukraine is moving forward and not in the opposite direction.

It’s always interesting to hear what people think of Ukraine when they have not been there. You have to understand that people form their opinion by what the news reports, and bad news is mostly what is reported, not only for Ukraine, but for news in general. The most pleasant conversations I have about Ukraine are when someone experiences coming here for the first time, as they are completely amazed and surprised at how modern and sophisticated it is. Great restaurants and entertainment, and most importantly the lowest prices in Europe and a safe environment contrary to media reports.

Ukraine — as many expats will attest to — has an addictive flair to it. Once you experience it, it’s impossible not to want to come back and get more. I should know, it’s been almost 20 years and still counting. But it’s not about how long will I stay as I am here for life – even if I relocate to another country. Ukraine will stay as a business base for me for the rest of my professional life and a base in heart for the rest of my existence. It has made a massive impact on my life and helped shape my character as a person.

No sense, makes sense in Ukraine! I like to say that Ukraine is a constant surprise that keeps on developing into a new one… as long as you can adapt and accept this, you will do very well here.

Luc Chenier is founder and CEO of PLAN C.

Macedonia: A new front in Russia-West tensions
The importance of fighting corruption is crystal clear
Comment