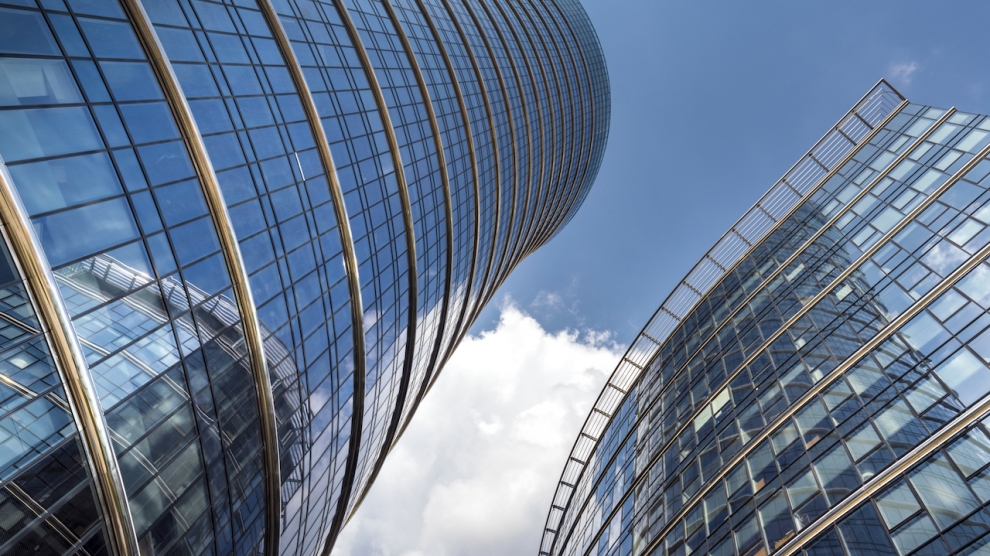 In the 27 years since the transformation, Poland has been preoccupied with catching up with the more civilised and developed economies of Western Europe. Moreover, it has not suffered a recession since 1991, when the GDP dropped by seven per cent per annum. For these reasons, we have seen the longest period of constant and stable global economic growth ever. The economic upturn has also fostered foreign investment.

According to Deloitte’s report, “Investment in Poland: Unused Potential”, that was prepared together with the Polish-German Chamber of Industry and Commerce, the full potential of this seventh largest economy in the EU is far from being exploited. One of the reasons is considerably low productivity compared to the more developed EU economies and a low human capital base.

The Polish economy has been growing steadily for the past 26 years, which is a record high result in the EU. Moreover, the growth has been exponential: in the last twenty years GDP (at purchasing power parity) per capita has increased on average by six per cent per annum. It has been the most impressive result in Central Europe.

For OECD countries, such a long period of constant economic growth has only been observed in Australia. Unlike other economies, Poland has not been severely hit by the financial crisis or the Eurozone debt crisis. The turbulence of these events was absorbed by the size of the internal market and a responsible monetary policy, as well as an efficient supervision over the financial market and a flexible exchange rate system. The economy was further supported by the reduced tax burden, in the years 2007-2008, and EU funds.

Investment and capital inflow are the key drivers of the dynamic and stable growth of the Polish economy. From 2010 to 2015 their share in the Polish GDP was considerably higher than in the CE region (with Bulgaria being the only exception). The decrease in investment in 2016 was observed in the entire region and was attributable to a delayed allocation of EU funds and increased uncertainty. Major financial institutions predict more vigorous investment activity for 2017 and beyond.

According to most of the indices that measure economic competitiveness and social development, Poland is second in Central Europe only to the Czech Republic. Our southern neighbour has many of the attributes of a mature industrialised economy.

The Czech Republic reports the lowest investment risk in the region, but its GDP growth has been two times lower than in Poland (an average of 1.5 per cent in the years 2010-2015). On the other hand, Poland was assessed much higher for the quality of its institutions, regulations and social development compared to Bulgaria and Romania.

The potential of the seventh largest EU economy is far from having been fully exploited. One of the reasons is its considerably low productivity compared to the developed EU economies and a low human capital base. In the last twenty years Poland reported a double growth of capital per one employee, having outpaced Slovakia and Hungary. Still, the capital saturation is two times lower than that of the more industrialised Czech Republic.

In the years 2004-2015 Bulgaria proved the most successful in attracting direct foreign investment, but the most advantageous foreign capital structure was seen in the Czech Republic, Poland and Slovakia. Relatively low production capital in Poland fosters high rates of return on investment. The marginal product of capital, i.e. an additional output resulting from every zloty or euro invested, is nearly four times higher than in the Eurozone, and better than in Slovakia, the Czech Republic and Hungary.

In THE other CE countries there is still a great deal of potential to improve the productivity of capital, such as attractive investment opportunities, in particular in relation to the existing market situation in the EU and the monetary policy followed by the European Central Bank.

Importing innovative technologies, know-how and improving the efficiency of markets and the public sector may increase productivity of Poland. Robotics and the automation of production processes has opened up new opportunities for the Polish industry and has driven productivity. Globally, the number of industrial robots per ten thousand employees in the industrial sector reached 69, while in Poland it was only about 28 robots in 2015. Compared to other CEE countries this proportion is still low, as in the Czech Republic, Slovakia and Hungary it reached 93, 79 and 57, respectively, while in Germany it exceeded 301.

One of the most attractive Polish industries for investors is manufacturing, with nearly PLN 230 billion of foreign capital. The amount invested in the sector equals one third of the total amount of direct foreign investment in Poland. Investors were also interested in the finance, insurance and motor vehicle trade sectors.

According to the Association of Business Service Leaders in Poland the BPO/SSC sector has gained importance, in recent years, having grown by 20 per cent p.a. and employment in the sector is likely to reach 300,000 people by 2020. In 2016 ca. 1,000 BPO/SCCs operated in Poland (including 676 foreign entities) employing ca. 200 thousand people.

According to the German investors, participating in Deloitte’s survey, one of the priorities of the Polish government should be to remove the barriers between science and business. They emphasised that despite obvious benefits from developing the BPO/SSC sector, more advanced business services and R&D centres will refuse to move to Poland if appropriate reforms are not enacted.

Another unrealised potential, and a great potential advantage for Poland, are start-ups. Some respondents also see the unused potential of more traditional sectors, such as the food and drink or the retail industry. This stems from the Poles’ high aspirations and consumption needs accompanied with relatively low salaries.

Germany is the key provider of direct foreign investment in Poland. By the end of 2015 German companies had invested PLN 135.9 billion in Poland, which accounts for nearly one fifth of direct foreign investment. Nearly all German investors (95.6 per cent), surveyed by the Polish-German Chamber of Industry and Commerce, declared themselves willing to invest in Poland again. They greatly appreciated Poland’s membership in the EU, which considerably improves the quality and stability of the regulatory environment. Other factors attracting German investors are the qualifications, efficiency and motivation of the human capital and the service quality and capacity of local partners.

The pace of legislative changes

Investors appreciate Poland’s economic growth, its wide variety of investment opportunities and its economic stability, but they have raised concern about the unstable regulatory environment. They also worry about the highly complex tax law and tax enforcement methods; still they do not complain about the tax rates.

German investors that have been doing business in Poland, for many years, emphasised the importance of EU membership as a factor for enhancing stability of the economy. Moreover, the legal framework is similar to that of Germany, therefore our western neighbours feel quite comfortable investing in Poland. Still, they emphasise, that the pace of recent legal changes may be confusing. The planned amendments should be communicated to the public, which is not always the case.

The investment potential of Poland is still very high. Poland will strive to regain its position as the most attractive CEE investment regions, which it held in the years 2013-2015, and lost to the Czech Republic. Apart from a good economic performance, Poland’s openness to innovation and its growing hi-tech start-up market will constitute our key strengths in competing for foreign investment.

The article was co-authored by Julia Patorska, an Economist and Senior Manager at Deloitte. She has over 13 years of professional experience. While 9 years in consulting, previously appointed as a civil servant in the one of central government offices. Delivered projects within different sectors while achieving goals of both public and private entities. Julia has developed consulting services in the area of ​​economic analysis combined with sustainability issues. For two years now, she has been intensively engaged with circular economy, bio-economy and economy of resources. She is President of the board of the Association of Polish Economists and external expert of Research and Analysis Centre of Employers RP.

Marcin Diakonowicz is CE German Desk Leader, Partner, Audit & Assurance at Deloitte. He has has extensive auditing experience obtained both in Poland and in Germany. He is a Polish Statutory Auditor and a member of FCCA. His experience includes German GAAP and International Financial Reporting Standards. He has authored numerous articles and training courses on German GAAP. He is an expert on consolidation methods.