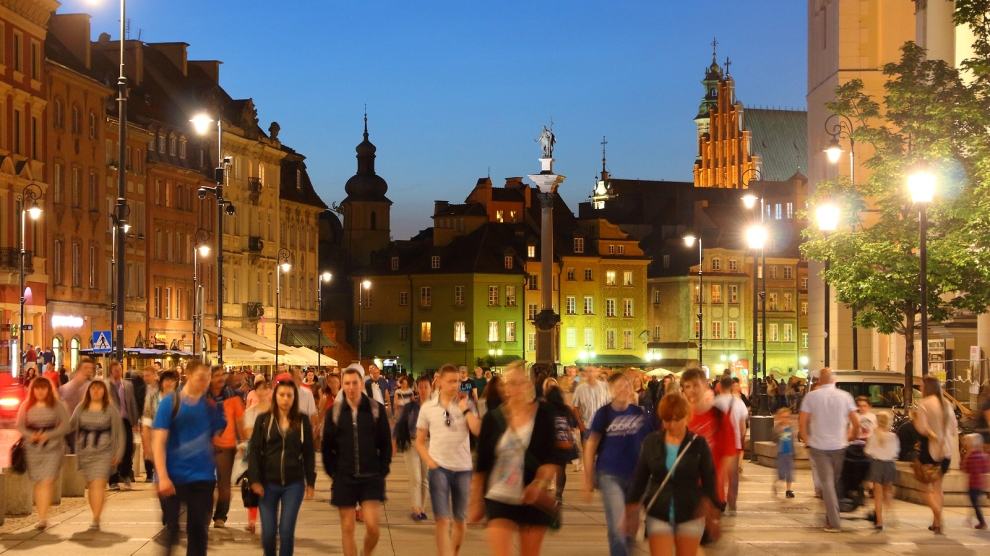 Recently announced reforms to Poland’s pension system are just the latest in a long line of changes made over the past eight years. Unfortunately, the majority of these have been motivated by short-term goals (either fiscal or political), without looking at the long-term stability of the pension system. Sadly, the current changes follow the same pattern. After lowering the retirement age to 65 (for men) and 60 (for women) and announcing discretionary one-off payments for pensioners before this year’s European and parliamentary elections, the current government has now announced plans to abolish the pension system’s mandatory capital pillar.

The Polish pension system used to have three pillars: a PAYG scheme (ZUS) with mandatory a contribution of 12.22 per cent; a capital pillar (OFE) with a mandatory contribution of 7.3 per cent; and a voluntary third pillar (IKE, IKZE). Previous governments have weakened the OFE, redirecting the great majority of mandatory contributions toward ZUS and taking over half of OFE assets. Different justifications were given, but the main goal was purely fiscal – to increase general government revenue.  There was also a second issue – how to pay pensions from the capital pillar. Without a private market for annuities it was decided that ZUS will gradually take over individual pension savings from OFE for a period of 10 years before retirement (suwak bezpieczeństwa) and then pay the pension. As a result the importance of OFE diminished, contributions directed towards it became tiny (around 0.2 per cent GDP), but assets under their management still remain significant (around eight per cent of GDP).

According to the new governmental plans the remaining part of OFE will be abolished, its remaining contributions redirected toward the public pay-as-you-go scheme and assets transferred to voluntary IKE schemes. Government officials give at least three reasons why such decisive moves are needed, but unfortunately all of them are only half-true.

The first reason is uncertainty about the future of OFE that negatively affects pricing on the Polish stock exchange, where OFE remains a significant player. This is only half true because the uncertainty is not exogenous – it is the government itself that creates it, given that members of current government were proposing a take-over of 100 per cent of OFE assets by ZUS. So the government fights with problems created not only by its predecessors but also by its own members.

The second reason is to limit the negative impact of asset withdrawal on the stock exchange.  Currently OFE withdraws more funds from the stock exchange than it invests. On the one hand slashing contributions by the previous government lowered the inflow of new funds. On the other hand the payment scheme based on subsequent transfer of funds toward ZUS, coupled with lowering of the pension age means that OFE is selling off its assets. The current government plans to stop the forced transfer of funds before retirement to ZUS, leaving it up to retirees as to what to do with them after reaching retirement age. Taking into account the age structure of people insured in OFE it postpones a massive asset withdrawal by just a few years. Also, the question of missing pay out schemes and a private market for annuities remains unresolved for those retirees who will not be willing to manage their pension savings on their own.

The third reason eagerly quoted by officials is to privatise pension savings and “give money back to people”. Previous changes in OFE started the debate, whether savings held there are private or public money. The final verdict by the constitutional tribunal was that they are public, because they were financed from mandatory social security contributions, but still many citizens felt that it was their money that was nationalised by the previous government. The current government is playing on this sentiment talking about “privatisation” and by default moving the remaining savings from the mandatory, public pension scheme (OFE) to the voluntary, private scheme (IKE). This is however another half truth – although assets will be transferred to IKE, they will be put on special, earmarked accounts from which, contrary to the standard IKE account, withdrawal before retirement will not be possible. So despite talking about privatisation the freedom to use of savings will remain restricted and they will remain earmarked as financed from mandatory contributions. Such a move seems to make savers poorer, as with OFE they would have received a pension annuity, while with IKE, if they wanted one, they would have to purchase it themselves. Such an annuity could be costly, which is why it is not currently offered on the private market in Poland. Without a working market of annuities there is a remaining risk that future governments will use it as a pretext to take over those assets and future pensioners will not be able to counteract by taking out their savings, just as it was the case with OFE in 2011 and 2014.

Transfer of assets from OFE to IKE grants the government an opportunity for a one-off revenue boost. As contributions to ZUS and OFE are tax-exempt (although pensions are taxed), but contributions to IKE are taxed (and pensions are exempt), the government announced a one-off transfer tax of 15 per cent. Such a move will yield up to 24 billion zloty (around one per cent of GDP) in 2020. It is hard to imagine that it is a coincidence that recently announced populist election promises (the so called Kaczyński 5) will place huge pressure on the public finances in 2020. Although the tax is a one-off, it will be enough to transfer additional one-off public expenditures or bridge the gap in public finances before other expenditures can be cut and taxes raised in order to make space for the Kaczyński 5.

Summing up, the government has decided to end the mandatory public capital pillar, transferring remaining assets to a voluntary third pillar. The biggest winner in the short term is the government itself, cashing in taxes that were meant to be paid over coming years at the moment of transfer of assets, allowing them to fund part of the Kaczyński 5. The stock exchange will gain a few years of slower outflow of pension savings due to the abolishment of suwak bezpieczeństwa, but as society ages the withdrawals will start to rise again. Retirement savings kept currently in OFE will be transferred to the voluntary third pillar, but will remain earmarked and the freedom of their use will remain restricted, meaning that future governments will still have ways to take over those funds.

Aleksander Łaszek is Chief Economist and Vice President of the Civil Development Forum.