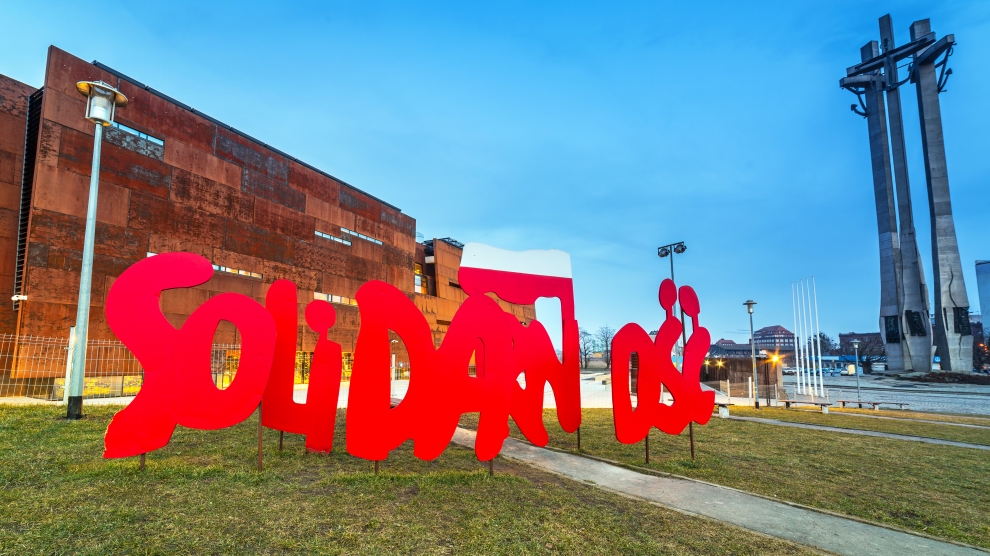 “A gift consists not in what is done or given, but in the intention of the giver or doer.” The words of Seneca, a Roman philosopher and writer of tragedies, who no doubt had in mind the words “timeo Danaos et dona ferentes” from Virgil’s Aenied, generally translated as: beware of Greeks bearing gifts. These words are at somewhat odds with the English proverb, never look a gift horse in the mouth, and had the Trojans taken Laocoön’s advice and done just that, Troy might have endured longer. Be that as it may, it is a gift of a different sort which occupied the thoughts of the Polish prime minister in Poznań in mid-September.

Mateusz Morawiecki opened the plenary session of the Council of the Bishops’ Conferences of Europe, attended by representatives from 45 countries, being held there by saying that Poland’s tradition of solidarity is the country’s gift to Europe. “Solidarity and freedom … is anchored in the teachings of the church, in the great Christian tradition, the tradition of all of Europe,” he said. In the view of the prime minister, solidarity gave dignity to people in times of oppression. Speaking of Poland’s experience under two totalitarian regimes – the WWII-era fascism and the communism which followed – Mr Morawiecki said that solidarity was Poland’s answer to those oppressive times.

And, famously, Solidarity was the name of the church-backed anti-communist movement which emerged in Poland in the 1980s. Mr Morawiecki said the Solidarity of the 1980s embodied values such as community, justice, and support of the weak which values, according to him, Poland continues to promote. He said that “solidarity is a Polish brand, the living incarnation of the Polish spirit … and our most valuable contribution … to the future of Europe”.

The church had been, the prime minister noted, a refuge for Poles and Polish culture during periods when those were being suppressed, for example during the periods of partition and foreign rule which lasted for over a century. He reminded those present that this year Poland is celebrating a century since the end of those partitions, when Poland regained independence at the end of the First World War.

Leaving aside the cynicism which suggests that most expressions of solidarity are of as much practical use as expressing solidarity with the drowning man while staying safe and dry on the water’s edge, Polish solidarity is to be welcomed. There is no reason to fear Poles bearing gifts, although, inevitably, not everybody may expect to receive this gift in equal measure, although, with delightful lack of irony, it is freely expected of others.

Thus, the Polish government criticised Germany for allowing NGO head Lyudmyla Kozlovska to visit Berlin despite Poland putting her on a list of people barred from entering the EU, saying that “We would have expected Germany to show solidarity.” At the same time, Polish state-owned television allowed an academic to ask whether this meant Germany had “declared war” on Poland and resurrected the Molotov-Ribbentrop Pact.

Kozlovska’s name was added to the Schengen Information System after Poland’s Internal Security Agency rejected her application to reside in the European Union. Stanisław Żaryn, the spokesman for Poland’s special services coordinator, Mariusz Kamiński, said the agency had “serious doubts concerning the financing of the Open Dialogue Foundation, which is run by Lyudmyla Kozlovska.” In response she said the move was “Kamiński’s personal political revenge on my husband, Bartosz Kramek” who onet.pl reported, had been involved in “anti-government civic movements.”

Ms Kozlovska also said that her deportation had complicated her plans to take part in the planned Bundestag conference, entitled: “Human rights under threat – the dismantling of the rule of law in Poland and Hungary”, but that she had been issued a special visa which allowed her to attend, onet.pl reported. According to Kozlovska, the Polish authorities consider her to be a threat to the Polish national interest, but she claims to be defending both Polish and European interests, which happen not to be in line with the interests of the Polish government.

Poland did however demonstrate solidarity with the Hungarian government on Wednesday when the EU parliament voted in favour of a motion to trigger Art. 7.1 of the Treaty on European Union against Hungary over rule of law concerns. Similar action was taken against Poland in December, at which time Hungarian Deputy Prime Minister Zsolt Semjen had vowed that his country would defend Poland against “unjust” and “political” measures by the EU. In aquid pro quo, Poland will “vote against any possible sanctions” that could be “imposed on Hungary within … European institutions,” the Polish foreign ministry said in a statement posted on its website.

Which is to say nothing of the EU’s frustration with Poland over the latter’s perceived lack of solidarity with those EU members, especially Greece and Italy, grappling with the influx of refugees from across the Mediterranean and Middle East. Or, indeed, with EU values such as the rule of law, judicial independence and so on. Perhaps Seneca was right after all.

Why did the EPP vote against Orbán?
Moldova’s leu turns 25
Comment