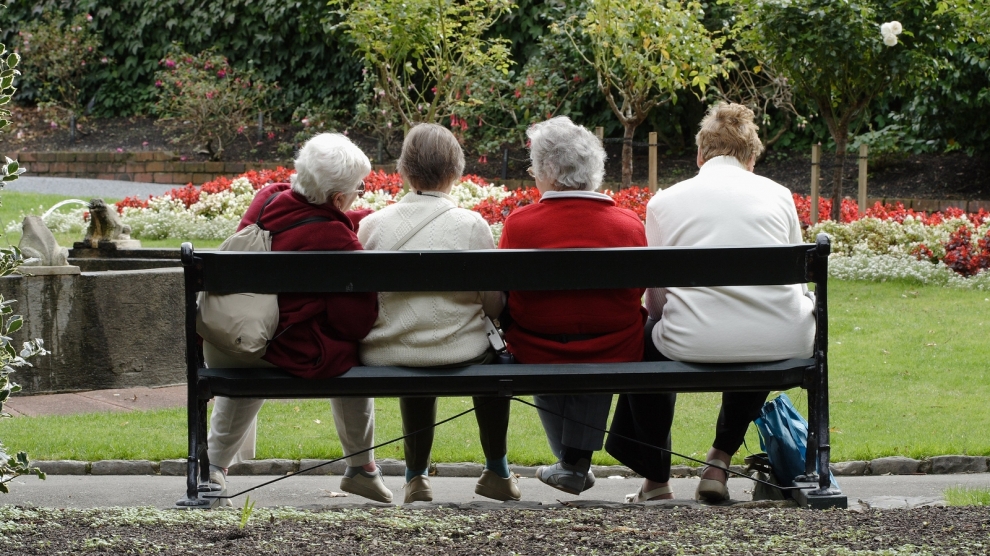 According to the 2018 Ageing Report, the EU will ‘turn increasingly grey’ in the coming decades. The latest projections reveal dramatic changes in the population structure up to 2070 in the EU and the central and eastern European countries (CEE-EU). For the EU, the size of the population is expected to be broadly unchanged, while for the CEE-EU it would fall considerably. For both, the population will be much older in the future, stemming from low birth rates, rising life expectancy and continuing, but declining inflow of migrants over the long-term. The impact of population ageing is however much more pronounced in CEE-EU, with the old-age dependency ratio increasing much more than for the EU as a whole (CEE-EU reaching 66 per cent in 2070, compared with 52 per cent for the EU), (see Graph 1). There are, however, significant differences across countries.

These population trends have profound effects on labour markets. Three distinctive periods can be identified over the coming decades (See Graph 2):

In the EU as a whole, the average annual GDP growth rate is projected to remain quite stable over the long-term. After an average potential growth of 1.2 per cent up to 2040, an increase to 1.5 per cent is projected over the remainder of the projection horizon. By contrast, it is projected to become much lower in the CEE-EU, on account of employment falling more than in the EU and a slowdown of the relatively brisk labour productivity growth currently in the CEE-EU region as it catches up with ‘old’ Europe. GDP growth is projected to fall from two per cent during 2016-40 to 1.1 per cent during 2041-70. Labour productivity growth, driven by TFP growth, is projected to be the sole source of potential output growth in both the EU and the CEE-EU over the entire projection period (see Graph 3).

The need for public provision of age-related transfers and services will increase as a consequence of ageing populations. The fiscal impact of ageing is therefore projected to be visible in almost all Member States, becoming apparent over the course of the next decades.

Overall, on the basis of current policies, age-related public expenditure is projected to increase over the medium and long-term in the EU – especially through pension, healthcare and long-term care spending. The projected increase is slightly higher in the CEE-EU, for which the starting level of age-related spending is lower. (see Graph 4).

Public pension expenditure would increase over the coming decades and peak in 2040 in the EU, after which it would decline thanks to pension reforms adjusting pension spending phased in over long-term horizons and the baby-boom generation. In the CEE-EU, the peak is projected to take place later, around 2060, on account of the population structure and pension reforms. Indeed, pension reforms enacted in a number of Member States are bringing positive results in terms of the sustainability of public finances over the very long-term. Almost all Member States have tightened the eligibility requirements for receiving a public pension, notably by raising the retirement age and restricting access to early retirement schemes. Reforms are also leading to a gradually smaller share of public pension benefits in overall pension provision. Alongside reforming public pensions systems, many countries have introduced, and are planning to expand, supplementary pension schemes. Pursuing flanking policies to boost retirement incomes will be necessary in a number of countries, as it will reduce the risk of pension reform reversals already observed in a few countries (like in the Czech Republic and Poland, where the legislated increase of the retirement age has been reversed).

Public expenditure on health care is projected to grow by about one percentage point of GDP due mostly to ageing in both the EU and the CEE-EU by 2070. The increase in living standard conditions is another important driver of health care costs, affecting the demand for health care mainly through higher expectations on quantity and quality of care to be provided by the state. Analysis of past trends in health care expenditure suggests that technological developments – new and better treatments and medicines – are responsible for a significant part of overall cost growth, which may result in a significant increase in spending which is not captured in the projection.

Based on current policies, public spending on long-term care is projected to increase by 1.25 percentage points of GDP by 2070 in the EU, and by 0.75 percentage points in the CEE-EU, influenced by the fact that the very old (aged 80+) will be the fastest growing age class of the population in the future. But there are upside risks to these costs due to changes in family structures, higher labour force participation of women and increased geographical mobility.

Given the very long timespan over which the projections are made, there is considerable upside and downside uncertainty as to future developments of age-related public expenditure. Therefore, two additional scenarios were carried out as follows:

Summing up, we should not lose sight of the fact that longer lifespans than ever before is a great gift to mankind. While it is a fact that the population is getting older, the consequences of it will depend on what policy action is taken. Our social models are influenced by the composition and size of the population. If we continue with our current policies, demographic change will reduce the workforce, act as a drag on growth and create pressure for higher public expenditure. We must therefore adapt the EU’s social models today to make them fit to face the challenges of tomorrow. The ageing challenge is greater in the CEE-EU than in the EU as a whole, but it is manageable if appropriate policies are put in place without further delay.

[1]  In light of the trend decline in TFP growth performance over the last decades in the EU, due visibility and prominence should also be given to the risk of lower TFP growth in the future. Thus, a TFP risk scenario is included, with a lower TFP growth rate (converging to 0.8 per cent instead of one per cent). The TFP risk scenario essentially shows that GDP growth could be much lower in the event that future TFP growth rates developed less dynamically than in the baseline scenario, i.e. more in line with the growth rate (0.8 per cent) observed over the last 20 years.

[2]  Non-demographic drivers may exercise an upward push on costs in the health care and long-term care areas. In order to gain further insights into the possible importance of such developments, another set of projections was run which assumes the partial continuation of recently observed trends in health care expenditure due to, e.g. technological progress. Moreover, an upward convergence of coverage and costs to the EU average is assumed to take place in long-term care.

The views expressed in this opinion editorial are those of the authors and do not necessarily represent those of the European Commission or Emerging Europe’s editorial policy.

Both Giuseppe Carone and Per Eckefeldt work in the Fiscal Policy and Policy Mix Directorate, Directorate General for Economic and Financial Affairs (DG ECFIN), European Commission.