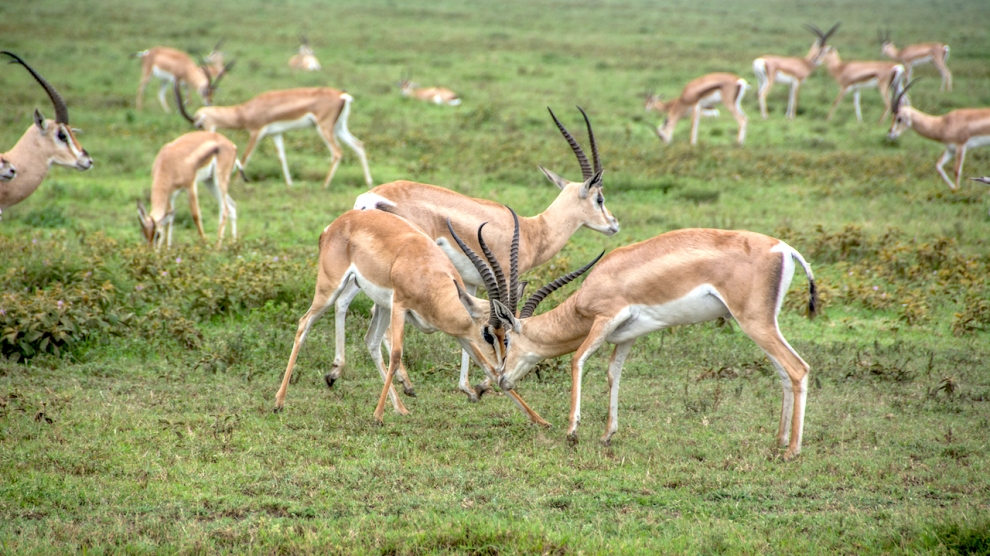 This African proverb still represents the tenor of the foreign direct investments (FDI) landscape in the Central and Eastern European (CEE) countries; a very attractive region for international players who have decided to expand their business to new destinations. But what is the connection between FDI dynamics, one of the most relevant indicators reflecting the health of an economy, and the behaviour of savannah animals?

Responding to a prospective investor’s needs means to run faster than your neighbouring countries. 2016 marked the best, in the last eight years, in terms of foreign investment in Romania. The amount of foreign direct investments in our country reached close to €4.1 billion in 2016, which was an increase of 18 percent year-on-year. This record level forced all the stakeholders, implied in FDI ecosystem (state representatives, consultants, bankers, lawyers, economists), to be fully committed for better years to come and to attract investors who might be more interested in Romania.

I found seven reasons for optimism in Romania, an economic growth champion in European Union:

The current government is committed to developing the existing Invest Romania platform, which was launched last year, by approaching the promotion of the country correctly. Invest Romania, now present in the Ministry of Business Environment, is the “one-stop-shop” for foreign investors, and an ideal place for an investor to approach in order to have an institutional conversation with public authorities.

There are private and non-governmental projects or actual plans which aim to build bridges between foreign investors and local partners, promoting conversations with public institutions and positioning Romania as an attractive investment destination. The state should be helped in order to raise awareness about Romania as a doing business destination.

Labour costs are still competitive in Romania, despite the highest increase in the EU (up by 12.33 year-on-year). In my opinion, the competitive figures (wages are 20 per cent of the EU average) and the good quality and size of the IT workforce (more than 60.000 specialists) will be drivers of Romania’s strength in the next three years.

State aid schemes and EU Funding instruments continue to be some of the most advantageous sources for financing strategic investments that are available in Romania. Let’s take just one very recent example: EU funds worth €90 million were made available for investors to develop tourism sector.

The public institutions have a strong focus for the developing workforce. Last year a governmental initiative incentivised unemployed people to relocate for work, through a mobility package that covered travel expenses for commuters and it was well appreciated by foreign investors. Moreover, the current government is committed to stimulating companies to invest in the workforce. For example, firms which accept to train apprentices and trainees are reimbursed with the minimum salary.

The expected upgrade for Romania from a frontier market to an emerging market will open the country to many large investors and will also improve the local financial ecosystem.

Romania is attractive, of course, on fiscal side, with one of Europe’s friendliest tax regimes: corporate income and personal income tax are at 16 per cent, one of the lowest in Europe. The new 1 per cent tax rate that is applicable for micro-enterprises with at least one employee became a magnet for small and medium foreign investors. Moreover, the corporate income tax exemption for taxpayers that exclusively perform innovation, research and development activities is well perceived by investors, after last year’s decision concerning individuals who work in research and development or the technological development fields, and who benefited from a complete exemption from tax on their employment income that was attributable to these activities.

Macroeconomic indicators and financial incentives confirm the comparative advantages of Romania in the eyes of foreign investors, but we need to create a fresh story in order to reach two visionary objectives: Romania, in the top ten countries for expansion and co-location projects and Romania becoming the economic star of the CEE based on our reputation and new investments.

Our new story will be based on running faster than our neighbours, not the lion. We, the private environment, teamed with public institutions, should better be at running.

Claudiu Vrinceanu is a former state secretary in the Ministry of Economy in Romania (2015-2017).