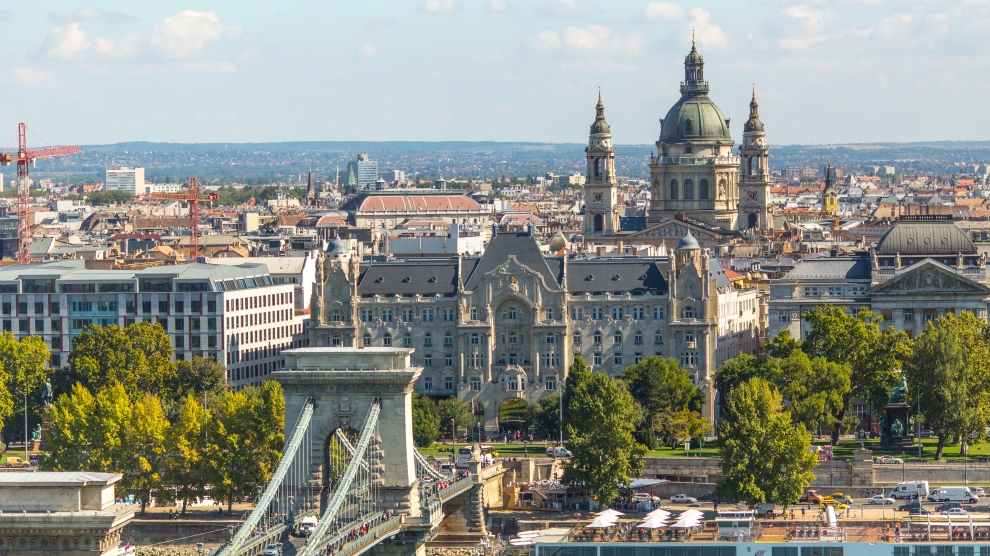 After the fall of communism Hungary was enthusiastic to join the European integration project in order to ensure that it did not fall back into the Russian sphere of influence. It seemed certain that after years of Soviet occupation, Hungary would find its place where it belonged.

But by 2020, Hungary has become the black sheep of Europe: with a constitutional majority, the government of Viktor Orbán is dragging the country further away from the West. And not only in terms of geopolitics, but also in terms of the way power is exercised: Hungary has been transformed step-by-step into an unjust country as the government has downgraded the rule of law, while transferring taxpayer money and EU funds into the pockets of the prime minister’s family members and friends.

But what can the EU do about all this? Are Article 7 proceedings effective when it comes to protecting rule of law?

The sad truth is that the situation regarding the rule of law in Hungary has not improved since the adoption of the Sargentini Report which initiated the Article 7 procedure in 2018.

Basic institutions like the Constitutional Court are still inert. Academic freedom is still curtailed, as shown by the gruesome fact that the Central European University is leaving the country, and the Hungarian Academy of Sciences was stripped of its research institution network.

Vast amounts of money is spent on government propaganda that undermines any meaningful debate and questions the integrity of elections. One of the most recent examples of this development took place last year when the government put out the infamous Soros-Juncker billboards just months before the European elections, using taxpayer money to advocate its conspiracy theories.

Although the government has dropped the idea of creating a distinct administrative court system, the pressure on the judiciary has not eased. On the contrary, at the beginning of this year we saw the government launch a forceful and comprehensive attack against lawyers, courts and minorities – fundamental pillars of the rule of law.

In an unprecedented move, Prime Minister Orbán criticised a specific court ruling that awarded reimbursement to Roma children and their families who had been victims of school segregation for years. He stated that the ruling was not ‘just’ and that the interests of the majority had not been considered. Moreover, Orbán also called for the review of the existing case law that grants compensation for prisoners who have had to endure degrading prison conditions, labelling this phenomenon as ‘prison business’ and attacking lawyers involved in the proceedings.

As a result, the Hungarian parliament adopted a resolution that freezes the payments of such reimbursements. Furthermore, Orbán has announced a new ‘national consultation’, i.e. propaganda disguised as a survey, on these very questions.

These recent developments clearly show the direction the government is taking with regards to the rule of law. It is continuously launching attacks on vulnerable minorities – in the past on migrants and homeless people, now on Roma children and prisoners.

This is clearly against the substantive side of the rule of law, namely, against the requirement to ensure basic human rights that serve to protect minorities from the tyranny of the majority. Moreover, it clearly violates the formal side as well, which calls for independent courts and an objectively-applied legal system.

Orbán exploits the pre-democratic attitudes of and distrust among people towards the law and legal institutions, and through populist propaganda he downgrades constitutional institutions by alluding to the first-instinct emotions of the average voter rather than systemic rational considerations.

The communicative buzzword is the ‘sense of justice’, some sort of undefined emotion that courts were supposed to respect and consider. This is clearly at odds with an objective law that is based on long-term systemic considerations. To put it simply: the rule of law is just an obstacle to the Hungarian government when it seeks to stir up hate against minorities to secure the support of as many voters as possible.

Moreover, attacks against the judiciary have appeared at the legislative level as well. In December 2019, the government pushed through an amendment that makes it possible for state agencies to appeal to the Constitutional Court if the decision of the ordinary courts violates their powers. It could be an effective tool in the future to destruct the work of the judiciary, especially in politically sensitive cases. The legislative package also makes it possible for former judges of the Constitutional Court to be admitted to the Curia – the Supreme Court. Again, the aim is to fill the supreme judicial body with judges loyal to Fidesz.

Double talk: How the Hungarian government lies to Europe about the rule of law

It is noteworthy that while in Hungary the government shows its real character, in the supranational community it tries to behave as if arguments mattered. The governmental response to the Sargentini Report tried to refute any criticism. However, as two scholars pointed it out in an 89-page analysis, the government did nothing else but fudge, or even use utterly false arguments.

The cynicism shown by the government’s conduct demonstrates that even if a member state formally engages in proceedings, this alone does not mean that it is genuinely engaged in any meaningful debate.

But if we look beneath the surface, we will see that while Hungary has a chief prosecutor with all the necessary authority, in reality, he is a loyal ally of the prime minister, refusing to even launch investigations against high-profile Fidesz politicians; or that Hungary actually has an independent-looking Constitutional Court, but the majority of the judges – in many cases actual Fidesz politicians – were approved by the voting machine of Fidesz’s two-thirds majority in parliament.

Indeed, the Hungarian government’s attitude towards the rule of law since Article 7 proceedings began has deteriorated, as the European Parliament itself has acknowledged. These developments question the effectiveness of the proceedings to ensure that member states abide by the rule of law.

If Article 7 if useless, what else can we do?

For now, it seems like the Article 7 procedure is basically useless from a practical point of view and cannot protect democracy and the rule of law in an EU member state. While the procedure might reach the European Council, which can hold a vote on whether to, for example, take away the voting rights of a member state, it will never pass.

There will always be member states that are similar to Hungary as regards the rule of law or corruption, and these countries will always help each other in the Council with vetoes.

There are other procedures besides Article 7, however.

Infringement procedures, if taken all the way to the Court of Justice of the European Union, can create precedents. Too bad that these procedures are not automatic, but ad hoc. Instead of this, the EU should launch these procedures whenever an EU member state clearly violates European legislation.

Withdrawing EU funds from governments that steal those EU funds and downgrade the rule of law is becoming a real possibility in the next EU financial cycle; but could be watered down so much that this too can become practically useless.

While these bureaucratic procedures might be useful, we cannot lose our focus. We represent Hungarians who want change. We can only beat the corrupt system of Viktor Orbán in Hungary by showing all Hungarians that the system they live in is unjust, thus the life they live is unjust too.

We must fight for a European democracy, for a just Hungary – regardless of what the EU can do to help.

Anna Donáth is a Hungarian politician. She was elected as an MEP for the Momentum Movement (Reform Europe) in the 2019 European parliamentary election.

Companies are willing to outsource their back office operations. Why not the sales force?
We need to talk about Jarosław
Comment