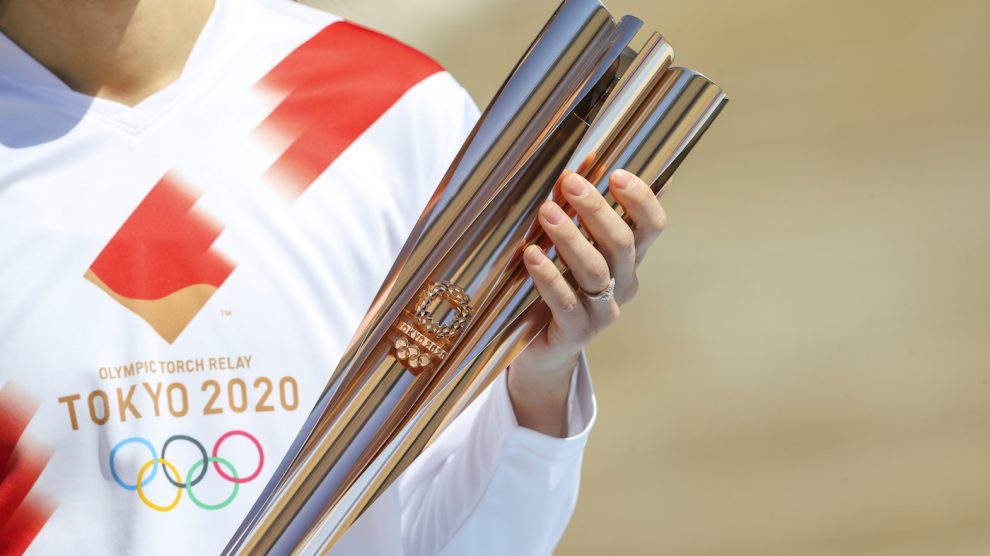 Despite numerous challenges created by the Covid-19 pandemic, the 2020 Olympic Games has now officially started. Hundreds of highly skilled and talented athletes from all over emerging Europe are already in Tokyo, and there are high hopes that many will bring their home nation the Olympic gold.

Here are just 10 of the most promising Olympians who are likely to make the region proud.

Aged 15, Sereda is among the youngest Olympians competing in Tokyo and the youngest on this list. The diver debuted in 2019 at the age of 13. He emerged as the youngest ever European champion in the same year, receiving gold in the individual 10-metre platform competition at the 2019 European Diving Championships. He also received gold in the mixed 10-metre platform synchronised swimming at Budapest’s 2020 European Aquatics Championships. Often referred to as a child prodigy in the media, Sereda is undoubtedly one to watch.

Out of the seven athletes representing Bosnia and Herzegovina in Tokyo, the middle-distance runner Amel Tuka is the best candidate to bring home a medal. The 30-year-old runner made a splash at the 2015 World Championship in Athletics, where he claimed bronze at the 800-metre race — the first medal for the small Balkan nation in a major athletics competition. At the last Olympic Games, Tuka finished 12th overall, but Tokyo is his chance of redemption.

For the first time in the country’s Olympic history, Azerbaijan is finally getting some representation in badminton. Born in Indonesia, Dwicahyo is a naturalised Azerbaijani citizen who has brought his adopted home exceptional success in the sport. The 23-year-old has been competing professionally since 2018. Still, in the short span of his career, Dwicahyo has already been in first place at 13 international championships and second place at seven, playing both in men’s singles and men’s doubles.

The 22-year-old Slovenian is on a roll. After finishing in first place last week in the Tour de France for the second year in a row, Pogačar is already in Tokyo and will likely make history again. Considering the Slovene’s uninterrupted winning streak, expecting the gold is not an over-exaggeration. At La Tour, Pogačar might be used to competing against Slovenia’s other cycling superstar — Primož Roglič; however, the two will now be joining forces to represent their nation at the Olympics. Apart from their home country, the two will also be “ambassadors for European unity and the values,” according to Slovenia’s Prime Minister Janez Janša, who asked for Slovenian Olympians to be allowed to carry last week the EU flag at the Opening Ceremony alongside their own. The International Olympic Committee shot the idea down just hours before the Games’ kick-off.

Romania will be represented by 100 athletes at the Tokyo Olympics, the vast majority of whom are already internationally accomplished and impressively decorated with medals. However, Iordache is certainly one to watch, as Romanians have dubbed her “The New Nadia”, after Nadia Comăneci who brought Romania five gold Olympic medals in gymnastics at the Games in 1976 and 1980. At 25 years of age, Iordache is the country’s gymnastics team captain and has competed internationally since she was 12-years-old. She has already won an Olympic bronze medal at the 2012 Games in London.

Fittingly, the Tokyo Games will be the first-ever to feature one of Japan’s most beloved traditional sports – karate. The sport has already grown to be rather popular throughout emerging Europe and especially so in Bulgaria. Ivet Goranova was amongst few to qualify directly for the brand-new category after finishing in the top three at 2021 World Olympic Qualification Tournament in Paris. The 21-year-old began competing professionally in 2018 and has since then won bronze at the 2018 World Karate Championships and the 2019 European Karate Championships and gold at the 2019 European Games.

Salukvadze is undoubtedly the most experienced Olympian on this list and amongst the most decorated. The 25-metre pistol and 10-metre air pistol sports shooter is not one to mess with, as this is her ninth time competing in the Olympics. She won a gold and a silver Olympic medal for the Soviet Union in 1988 and bronze for Georgia at the 2008 Beijing Games. At the age of 52, she is not just amongst the oldest but also amongst the most skilled sportswomen in the competition. Despite being one of only six women in Georgia’s team of 35 competitors, the shooter is one of the most promising.

Skateboarding is another one of the five sports included in the Olympic Games for the first time. It is one that is yet to gain much professional recognition in emerging European countries. In fact, Amelia Brodka is the only one from the region to qualify for the new category. She has won two Vans Park Series European Championships and a bronze medal in the World Vert Championships and is now set to compete in women’s park skateboarding in Tokyo. In 2012, Brodka created the critically-acclaimed documentary UNDEREXPOSED, which explores the lack of support for professional female skaters within the industry.

Serbia’s, and one of the world’s most well-known Tennis players, is another athlete from the region to have just come off a hot streak. Expectations are high for Đoković, as he defeated Italy’s Matteo Berrettini at Wimbledon last week, taking home his 20th Grand Slam trophy. The Grand Slam tournament is far from the only sporting event at which he has accelerated, as the player also brought Serbia a bronze medal at the 2008 Olympic Games. Now, Đoković will represent his home nation once again at the Tokyo games. He is expected to do well. Hopefully, his participation in the games will comfort those Serbian sports fans who were disappointed by the newly minted NBA MVP Nikola Jokić choosing not to play for the national team.

This year, Poland will be represented by 210 athletes in Tokyo, more than any other nation in the emerging Europe region. There are certainly high hopes for all Polish competitors. Still, few performances are as highly anticipated as that of the Polish men’s national volleyball team, which has for years consistently remained one of the strongest teams worldwide. Nowakowski is one of the country’s most capable players and has been with the team at the Olympic Games in 2012 and 2016. The Polish volleyball team came first at the two most recent World Championships in 2014 and 2018 and are thus considered frontrunners for the gold medal in Tokyo.