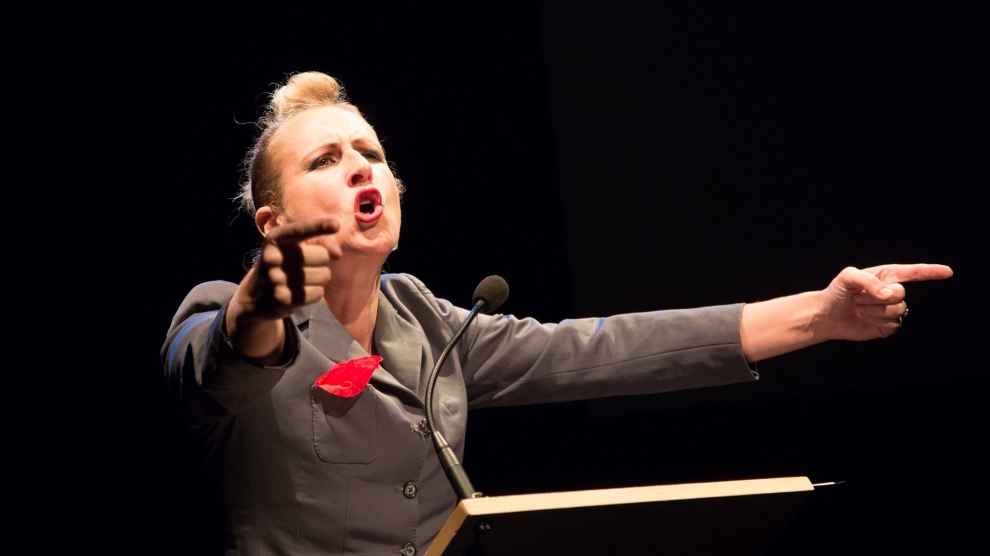 The festival runs until October 13.

Organised by the Association for the Promotion of Women in Culture, the annual festival comprises as many as 60 events, including theatre, visual arts, performance arts, dance, film, video, literature, and multimedia. It introduces artists from all over the world, including distant countries and regions that have rarely been presented in Slovenia with which the local audience is unfamiliar.

The festival’s organisers have underlined the importance of the event in the promotion of women in culture, emphasising the female perspective and defending women’s equality in every sphere. This year’s festival promotes the theme #HerStory – women’s history.

“This term does not cover a special history valid only for women but a missing part of general history that has so far mainly valued men’s events,” said Vesna Leskošek, former honorary president of the City of Women.

As the festival’s website explains, women’s history can only be written with the realisation that historiography is a fight for interpretation. And if we wish to think the future, we must listen to #HerStory: to stories of women of all genders.

The association was founded in 1996 in Ljubljana in order to encourage intersectional discussions on the issue of gender and the promotion of gender equality. In 2019 it was awarded the prestigious Princess Margriet Award for Culture by the European Cultural Foundation.

The City of Women festival is the association’s most important initiative, showcasing works with a feminist and socially critical theme, calling for debate, reflection and action. It focuses on the social reality in which women’s art is produced and wants to reveal some of the conditions of female creativity. It also provides the opportunity to integrate women’s art from east and west and it situates Slovenian women’s art in a larger cultural framework.

The 2019 exhibition was opened by director Ana Čigon’s performance Cheers to Women! A Performative Appetizer to Video Art, dedicated to video art created between 1995 and 2015 by Slovenian female video makers. The performance was formed as an experimental historical overview, that uses video archives, but in a contemporary way that encourages a re-thinking of the meaning and position of art by Slovenian female video artists within the canon of art history.

“Feminist philosophy dates back to the Late Middle Ages when Christine de Pizan set out to combat the general slander of women in The Book of the City of Ladies,” recalls Eva D. Bahovec, honorary president of the City of Women Association. “Should I be sorry that I was born in a female body? The question is, of course, rhetorical. But I can be sorry that I was born into a world where women have always been dominated, as Simone de Beauvoir puts it. Feminism is the fearless speech nearing its peak with the 25th anniversary of the City of Women. It’s time for a feminist Champagne Aria!”

Slovenia can actually be considered a leader within Central and Eastern Europe when it comes to gender equality. In the 2019 Social Institutions and Gender Index released by the Organisation for Economic Cooperation and Development (OECD), with a score of 12.9 per cent (where 100 per cent means the highest measurable level of discrimination), Slovenia was ranked in the very low discrimination category. What remains the biggest issue for women in Slovenia is the level of discrimination within the family.