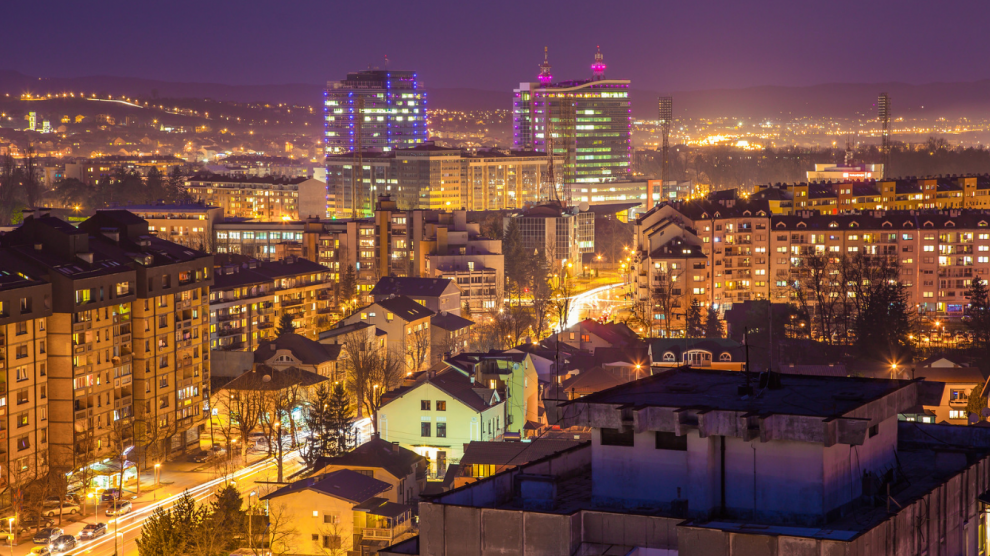 Despite being the second largest city in Bosnia and Herzegovina and the largest in the Republika Srpska, tourism is still something of a new concept in Banja Luka. That is bound to change sooner rather than later, and this most charming of cities will be more than ready.

More than 20 years have passed since the end of the Bosnian War, and the fledgling state is fast becoming a regional power when it comes to tourism. Visitors flock in vast numbers to Sarajevo, Mostar, Međugorje and others, but the many towns and attractions in the Republika Srpska entity remain somewhat undiscovered. A city of nearly 200,000 people, Banja Luka is a delightful blend of the old and new, with a little bit of that Balkan chaos mixed in for good measure.

Banja Luka International Airport is some 18km north of the city itself, but it is hardly a hub of activity. Immensely cheap flights to Belgrade can be found, but the list of direct routes begins and ends with the Serbian capital. Both the bus and train stations are 2km southeast of the city centre, with the former seeing considerably more traffic than the latter. Taxis usually congregate outside the stations, and generally provide an efficient and affordable service. The centre itself is very pedestrian friendly, with many of the main attractions located close to each other.

Befitting a city of its regional and historical importance, Banja Luka has plenty of options when it comes to accommodation. The usual socialist relics can be found, but an impressive roster of modern apartments provide great value for money. Vila Kobilj offers a stunning location along the Vrbas river, with comfortable rooms and convivial service.

A most magnificent cathedral

Religion is impossible to avoid in Bosnia and Herzegovina, and the grand constructions of the Serbian Orthodox Church take the top spots when it comes to aesthetics in Banja Luka. The majestically named Cathedral of Christ the Saviour is the city’s centrepiece, a monolithic gold and brown piece of Byzantine architecture completed at the end of the 1920s. It was destroyed during World War II before being resurrected in 1993, regaining its spot as the spiritual heart of the city.

There are more ruins – the Byzantine People have lived in these parts since ancient times, with proof found of a Roman civilisation in the form of a fortress on the Vrbas called Kastel. The Kastel Fortress is still an integral part of life in Banja Luka, but the well-preserved fortifications found today were built on the site of the ancient ones. That doesn’t make the fortress any less impressive however, and the walls provide some pleasant views of the river below.

The Ottoman legacy in these parts is questioned in many ways, but the delicious grilled meat dishes that the Islamic Empire left behind remain the dominant gastronomical force in Bosnia and the rest of the area. The riverside location of Kazemat makes it an obvious choice for the evening, an exquisite vista complimenting the pljeskavica, ćevapi and more. Be sure to try some kajmak too, a special kind of cream cheese that is ubiquitous throughout the country.

Islamic remnants in an Orthodox city

Banja Luka’s population today is overwhelmingly of the Serbian Orthodox faith (90 per cent, to give a figure), but three centuries of Ottoman rule didn’t just disappear overnight. The Ferhad Pasha Mosque is the finest example of this, one of the most impressive pieces of Ottoman Islamic architecture in the entire continent. The mosque was destroyed during the Bosnian War, but was subsequently rebuilt in its original location in 2016.

As one can expect from the biggest city of its kind, most of the finest museums and galleries in Republika Srpska are found in Banja Luka. The Museum of Republika Srpska is a must, a refreshingly subtle collection of exhibitions and artefacts from the history of the region. That subtlety goes out of the window in the museum’s coverage of Jasenovac, the largest World War II concentration camp in the Balkans. It makes for difficult viewing, but its importance in shaping the 20th century in what was once Yugoslavia can’t
be disputed.

The best night out in Bosnia

It is an extremely big thing to say, but we’re not afraid to stick our necks out there — Banja Luka is the best night out in Bosnia and Herzegovina. The Serbian element certainly has something to do with it, and Banja Luka comes close to echoing the famous nights enjoyed in Belgrade and beyond. Gospodska is the main pedestrian drag, a short thoroughfare lined with cafes, bars and more. Head on further for Mac Tire Pub, arguably the best bet in town for beer lovers.

Banja Luka in one paragraph

It isn’t always wise to delve into hackneyed metaphors, but Banja Luka is undoubtedly a city maturing after a very difficult and troublesome adolescence. A beautiful creature is emerging, one that is home to some of the state’s best food and undoubtedly its best night out, not to mention a fine patchwork of historical buildings and museums. Eat plenty, drink more,
enjoy it all.