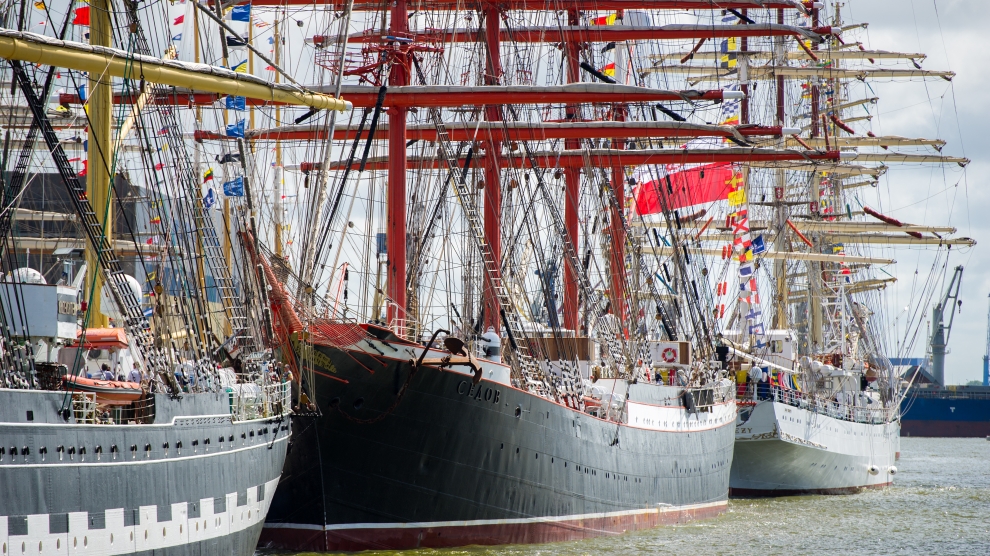 Klaipeda is the largest of the resorts on what has become known as the Lithuanian Riviera. A busy harbour town most of the year, for the short Baltic summer it becomes a young, party destination where the weather is not always as bad as you may expect.

The Baltic Sea may not be as warm as its southern brethren but the oft-deserted beaches of the Curonian Spit are amongst the widest, wildest and sandiest in Europe. Even during high summer you need not worry about somebody knocking over your sandcastle on the endless stretches of white beach. Although the wind might. The three-day Klaipeda Sea Festival – sailing races, live music, food and drink -takes places at the beginning of August and is the biggest party of the year.

Palanga airport welcomes flights all year round to and from Copenhagen, Oslo and Riga, with the addition of flights to and from Moscow during the summer. Kaunas airport is a two hour drive away. Ferries serve Klaipeda from Kiel in Germany and Karlshamn in Sweden. Most sights are in or around the Old Town which, built on a grid system, is unique in the Baltics. To get to the city’s beach on the Curonian Spit you need to take a short ferry ride across the lagoon.

The National Hotel in the heart of the Old Town is a gorgeous Art Nouveaux place first built in 1855. For a combination of Scandinavian simplicity and luxury a stay at the Smiltyne Yacht Club on the Curonian Spit is a sublime experience.

The story of Klaipeda begins with Memelburg (later just Memel), a castle built by the Teutonic Knights in the 13th century. Sited just south of the Old Town little remains today (it was demolished in the 19th century, having lost its strategic importance) although part is currently being reconstructed. A museum operates under one of the surviving bastions.

The heart of Klaipeda’s Old Town is Theatre Square, which takes its name from the 18th century theatre which occupies two sides. The fountain in front of the theatre, which has become a symbol of the city, features the statue of a young girl, Ann of Tharau, muse of poet Simon Dach, a bas-relief of whom adorns the fountain’s base. This is not the original (which disappeared in the chaos of 1945): it is a 1990 replica. Cafes and restaurants line the square and in the summer it’s the liveliest part of the city.

Friedricho Pasazas on the eastern edge of the Old Town is a perfect introduction to Lithuanian food. The kepta duona (black bread fried in garlic with melted cheese on top) will keep you going while the chef prepares your cepelinai, traditional Lithuanian potato dumplings. There’s plenty of fresh fish too, and it’s all served in fabulous surroundings. At the weekend head for the oh-so-sassy Kurpiai, a fabulous live music bar offering up mainly jazz.

The Curonian Spit, formed around 5000 years ago (according to Baltic mythology by a giantess, Neringa), is a UNESCO World Heritage Site which stretches from Klaipeda to Kaliningrad (it is one of very few UNESCO sites shared by two countries). Home to the highest sand dunes in Europe the spit also hosts Lithuania’s most exclusive destination, Nida, a small resort close to the Kaliningrad border famed for its wooden houses. An artists’ colony in the late 19th and early 20th centuries, Nobel Prize-winning writer Thomas Mann had a home here. The resort hosts a jazz festival every August.

Tik Pas Jona with views over the lagoon, serves freshly smoked fish: so freshly smoked in fact that if you arrive too early that day’s catch will not be ready. There is a huge range to choose from: turbot, seabass, catfish, sea bream, eel, mackerel. All reasonably priced and perfect for fuelling up before tacking the Parnidis Dune, which rises to the south of Nida. Probably the best way to reach the top is to follow the coastline of the lagoon from Nida’s port for about 1 km before heading into the woods and climbing the wooden steps.

The Meridianas is an upscale restaurant set on a beautifully restored sailing boat moored on the Danes river in the centre of Klaipeda. It offers a vast selection of tapas and boasts one of the most impressive wine lists in all Lithuania. You will need a reservation, and note that it is far from cheap: but as the perfect way to end a summer Klaipeda weekend it’s hard to beat.

Klaipeda In One Paragraph

Home to a unique Old Town which merits exploration. Gateway to the wilderness of the Curonian Spit and some of Europe’s most spectacularly sandy beaches, and the highest sand dunes on the continent. Eat smoked fish, cepelinai and enjoy the long, light summer nights. Party with the locals at the Klaipeda Sea Festival.