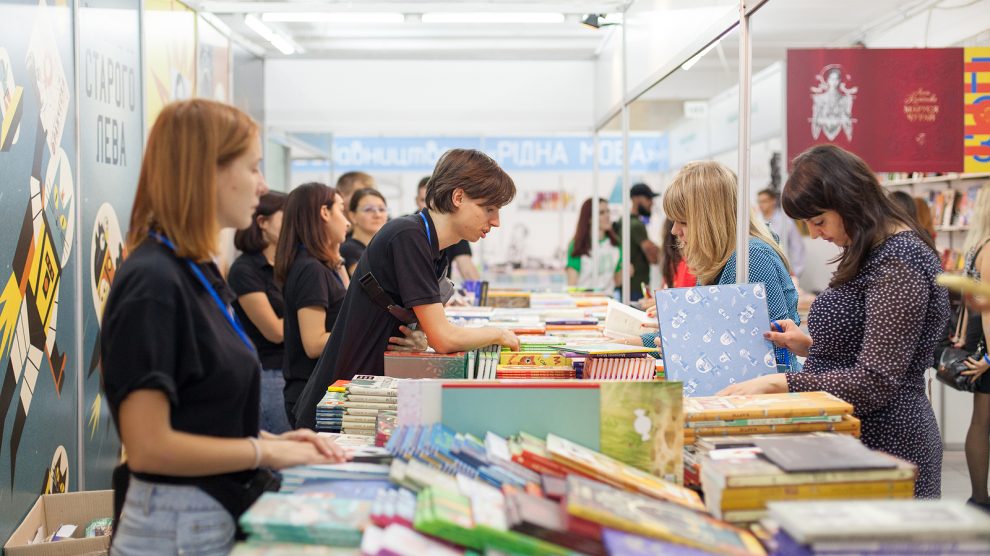 ‘This programme is an act of defiance, a challenge to those who would curtail free expression and the tolerant exchange of ideas, and a catalyst for global change’.

As Ukraine’s sportsmen and women have already demonstrated over the past seven months with their inspirational performances at various international events, there’s more than one way to fight a war, and writers from across the world will this week open a new literary front at the Lviv BookForum.

This will be the 29th edition of the forum, Ukraine’s biggest literary festival, aiming to create a civic space for a free and tolerant exchange of ideas between writers and readers around the world.

Acclaimed Ukrainian writers will join international authors in a series of curated conversations, all broadcast online in English, Spanish and Ukrainian in partnership with leading literary charity Hay Festival.

“Through our online events, we will bring Ukraine to the world, offering a wider audience to these essential stories, while facilitating an exchange of new ideas with their international contemporaries. This programme is an act of defiance, a challenge to those who would curtail free expression and the tolerant exchange of ideas, and a catalyst for global change,” says Cristina Fuentes La Roche, the Hay Festival’s international director.

“Putin’s war is an attack on democracy and freedom, not just in Ukraine but around the world,” says Atwood.

“In joining the Lviv BookForum and Hay Festival programme, I support Ukrainian writers and readers as they share their work. May this theatre of ideas and talent inspire more to raise their voices and share their gifts.”

Oliver Bullough, a British writer, adds, “it says so much about what Ukrainians are fighting for that they’re going ahead with a festival of free speech in wartime.”