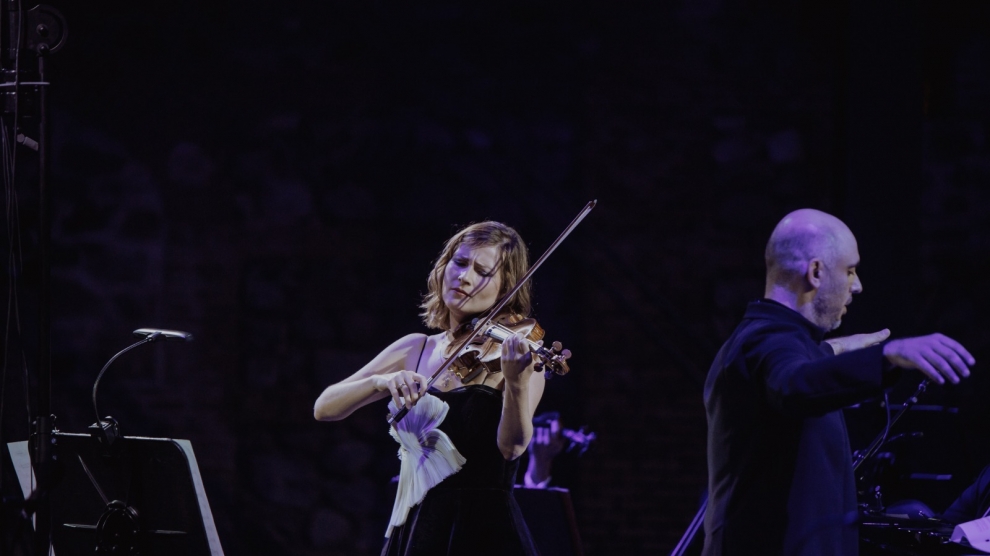 For music, as for much else, 2020 has been a bleak year. Festivals – ranging from large to small and everything in between – have been cancelled en masse. Indeed, for any sort of live event to take place at all this year seemed entirely unthinkable even a few months ago. Yet in the beautiful Georgian countryside, despite the adversity, some of the world’s finest classical musicians have gathered for the second ever Tsinandali Festival, this time in a Covid-secure environment.

The pandemic has inevitably forced the festival to make compromises on its scale, with reduced numbers and a shortened programme compared to last year. Yet its ability to attract star quality from the highest echelons of classical music remained strikingly undiminished. Over four days, an impressive line-up of world-renowned maestros, including the great Argentine-Swiss classical concert pianist Martha Argerich and Lisa Batashvili, the Georgian-born violinist, lit up the stage in this quietened corner of Georgia’s ancient wine region – an area that would in normal circumstances have been a prime tourist destination for visitors.

The festival, which had its inaugural year in 2019, was the first of its kind in the region, attracting world class musicians from across the globe to perform at the newly renovated Tsinandali Estate. Formerly the home of Georgian aristocrat Prince Alexander Chavchavadze, known as the “father of Georgian Romanticism”, it has been lovingly restored after falling into disrepair during the Soviet era. It now boasts two brand new hotels, a fully functioning vineyard, a restored amphitheatre and chamber music hall.

The estate’s renovation has helped Tsinandali to reclaim its rightful place as a heritage asset at the heart of Georgia’s cultural scene. On the opening day of this year’s festival, 16 letters by Charles de Gaulle and items belonging to the de Gaulle family were donated to the Tsinandali Museum by François-Marie Antonioz, a painter and descendant of the leader of the Free French Movement. To mark the event’s cultural significance for relations between France and Georgia, the president of Georgia, Salome Zurabishvili, and the French ambassador to Georgia, Diego Colas were both in attendance at the gifting ceremony.

The festival is the vision of leading business figures George Ramishvili, chairman of the Silk Road Group, and Yerkin Tatishev, founding chairman of Kusto Group, as well as musical figures such as Abraham Shoshani. Inspired by the Verbier Festival, they saw a gap in the market for Georgia, with its beauty and cultural history, to host a similar occasion.

Last year, the festival’s first, put Tsinandali firmly on the map, with two weeks of inspiring classical music playing to packed houses in a part of the world seldom used to events of this scale. The opening night saw a performance by the Pan-Caucasian Youth Orchestra (PCYO), an initiative at the heart of the organisers’ vision, which brought together young musicians from nations across the Caucasus. That this newly founded group was given the prime slot of opening night, shows the organisers’ adherence to a philosophy of bringing people together through music.

This year, sadly, the PCYO were unable to make an appearance, with the Covid-19 pandemic rendering the logistics of gathering musicians from more than half a dozen nations too difficult an obstacle to overcome. Indeed, this year’s event has not only a reduced schedule but also greater limits on attendance numbers driven by the stringent health and safety measures demanded by the pandemic.

That an international music event of this kind could take place is, nevertheless, a cause for positivity – and one that extends far beyond the troubled live music sector. For Georgia, the event is a vindication of its painful, but highly successful efforts to keep the virus at bay and points to a brighter future for its tourism industry. The festival’s symbolic importance for the global tourism sector also received international recognition. A visit by a delegation of tourism ministers, who took time out of their World Tourism Organisation ministerial meeting to attend the festival, ensured a sprinkling of international glamour both on and off the stage.

The determination shown by the organisers to ensure their relatively new festival went ahead in some form is best demonstrated by the festival’s co-founder Yerkin Tatishev, who said: “We are immensely proud and thankful that the Tsinandali Festival is underway despite the challenges posed by the pandemic. This year will see the beautiful Tsinandali Estate in Georgia once again filled with world class music from some of the finest performers including Marta Argerich, Lisa Batiashvili and others. At these troubling times it is important to remember the unifying and universal power of music and culture.”

We will all be hoping that concerts and festival can return in full flourish before long. In the words of another co-founder George Ramishvili, ““The magic of Tsinandali Festival helps to remind us that happiness and joy will come again. Stay, stay optimistic was the message from the great musicians – Martha Argerich, Nelson Goerner, Lisa Batiashvili, Alexandre Kantorow, Daniel Lozakovich – who graced the stage this year.”

The Tsinandali Festival has given cause for optimism that further live music occasions for us to enjoy are just around the corner.

History’s most decorated female soldier: A Serb who defied the rules to fight in World War I
Odesa International Film Festival and the renaissance of the Ukrainian film industry
Comment