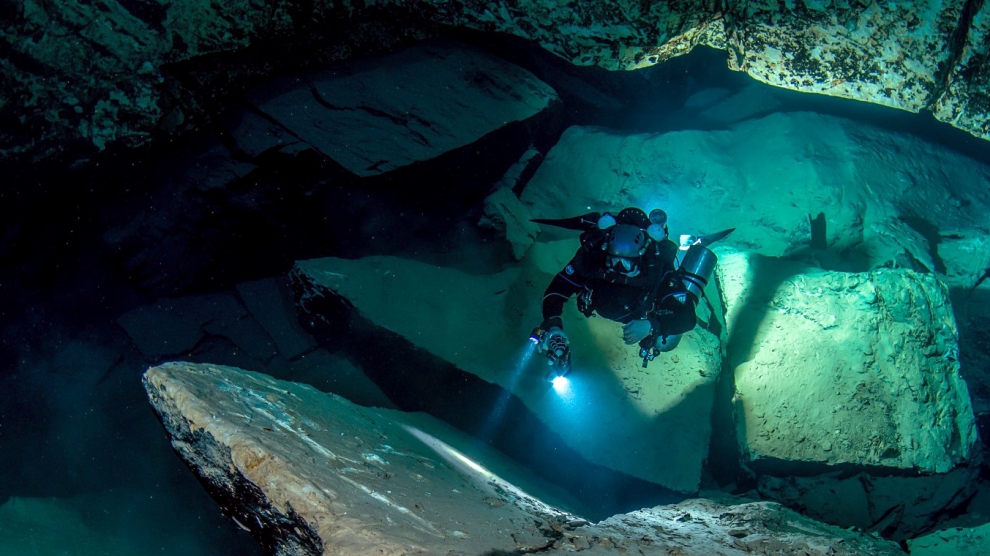 Living in Budapest, I often say that the thing I miss the most about my home country of Italy is the sea. Diving in particular. I have explored shipwrecks under the water and swam with dolphins. But I have never dived in a cave, especially not in one that has been under my feet the whole time.

A few metres from where I live there is thermal bath where I sometime like to go. It is not all that well-known by tourists and it reflects the true atmosphere of Budapest’s Turkish baths. Where all thst thermal water comes from never concerned me. I mean, there are pipes, which are probably linked to a tank that probably collects the water from some far away source.

I was more than surprised when I discovered that the source is actually an underground thermal lake, under the hills of Buda, right in the heart of city. These hills, on the west bank of the Danube, have been inhabited since Roman times when they were already known for their curative water springs. But even back then, where all the water came from was a mystery. It was only after the first underwater explorations were made in 1950 that the lake Malom was discovered, an artificial lake drained through a sluice and canal into the Danube beneath the building of the Lukács thermal bath.

For centuries there was no natural entrance from the surface, making the lakes and the caves hidden from plain sight. The most spectacular is the so-called Molnár János cave, named after pharmacist János Molnár who, in the 19th century, believed there must have been a water filled cave system somewhere under the hill. Modern geologists, biologists and chemists have analysed the underground spring, which became a protected area in 1982.

“You have a completely unique ecosystem in the cave,” says biologist David Brankovits.

“There are living creatures that have adapted to an existence in the cave and that aren’t present anywhere else in the world. In such environment we can better understand evolution, and all those places of our planet where extreme living circumstances prevail.”

In the 1970s and 1980s the divers of the FTSK Delfin dive club successfully explored the labyrinth of spectacular caves and charted more than 400 meters of the cave system. They dived this section regularly but in 2002 new passages were discovered and they charted an 86 metre-long, 15 metre-high and 27 metre-wide hall. The water temperature is perfect, between 20 and 28 degrees celsius. The cave system stretches out to more than six kilometres, but there is still plenty to discover in the depths.