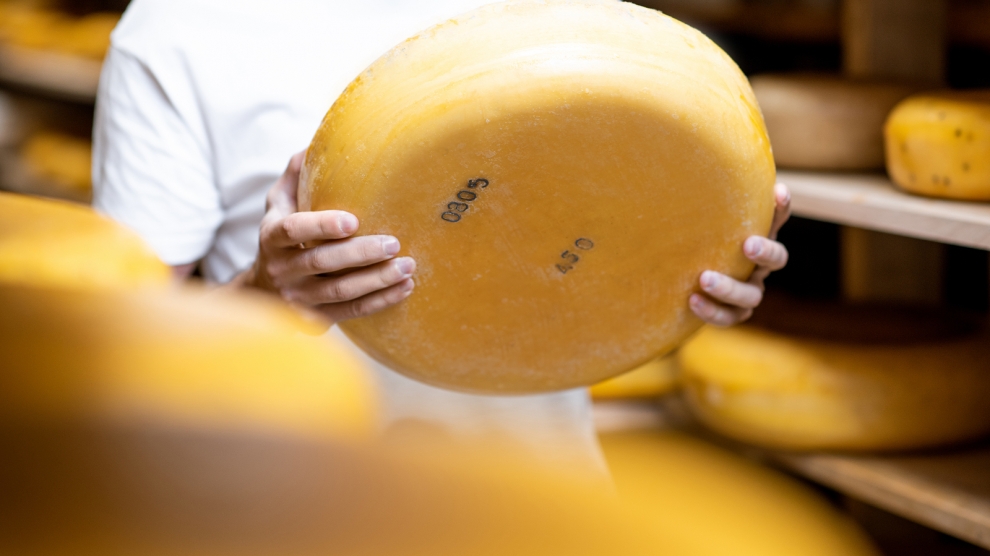 Many Belarusian, as well as other Slavic dishes are known for their rich flavouring of vegetables and dairy products including cheese. However, it’s not just Belarusians who enjoy the cheese produced in their country.

Having the highest milk production per capita in the world, Belarus happens to be the fourth biggest cheese exporter globally after the European Union, the United States, and New Zealand.

According to recent data from the Belarusian statistical service, the country exported close to 60,000 tonnes of cheese between January and March period, 11 tonnes more compared to the first quarter of 2018.

Due to their strong economic relations, a significant majority of Belarusian cheese (94 per cent, in fact) is exported to Russia but the country’s products can also be found on the American, Bulgarian, Chinese, Georgian, Japanese, Jordanian and Latvian markets, as well as in stores in the United Arab Emirates.

The top three producers of cheese in Belarus include Savushkin Product, as well as the Byarozauski and Turauski plants. Together, these enterprises account for almost a third (31.3 per cent) of cheese production in the country.

Belarus has also managed to develop a well-known trademark at its Turov Dairy Plant where soft and semi-soft cheeses are made with Italian technology. Another company, Molochny Mir, based in Grodno, is famous for making curd cheese. However, it’s not just industrial production that is worth mentioning. Those interested in craft cheese are recommended to visit the city of Slavgorod, considered the heart of Belarusian home cheesemaking where farmers produce curd cheese, sweet, salty and smoked cheese, cheese with herbs, spices and organic additives, among others.

With such a potential for export, Belarusian companies have been looking out for opportunities throughout the world for sometime. The export-oriented approach is well seen among Belarusian enterprises in China, which has become the third largest market for dairy exports from Belarus, expanding the scale of certified products made in the country. At the same time, interest for Belarusian products grew over the last years in countries like Singapore and the United Arab Emirates while the Turov Dairy Plant have been eyeing potential partners in Iraq, Kuwait, Qatar, Saudi Arabia and Egypt.

The increased volume of cheese production is not the only reason why Belarus looks to diversify its markets for export. Over the past few years Russia has from time to time restricted access of Belarusian dairy product manufacturers to its market, pointing to safety concerns.

Cheese is classified as a “strategic” part of the Belarusian economy, and has been promoted through festivals dedicated to the product’s popular culture. Since 2013, cheese festivals have been organised in the cities of Minsk and Grodno where cheesemakers from all over the country gather to offer a taste of their products. Festivities include such unlikely events as the Cheese Olympics, the Cheese Dance and even a Cheese King.

Blessed are the Belarusian cheesemakers.

Sarajevo city guide: Getting the best out of the Bosnian capital
South Ossetia to play Western Armenia in final of CONIFA’s European Football Cup
Comment