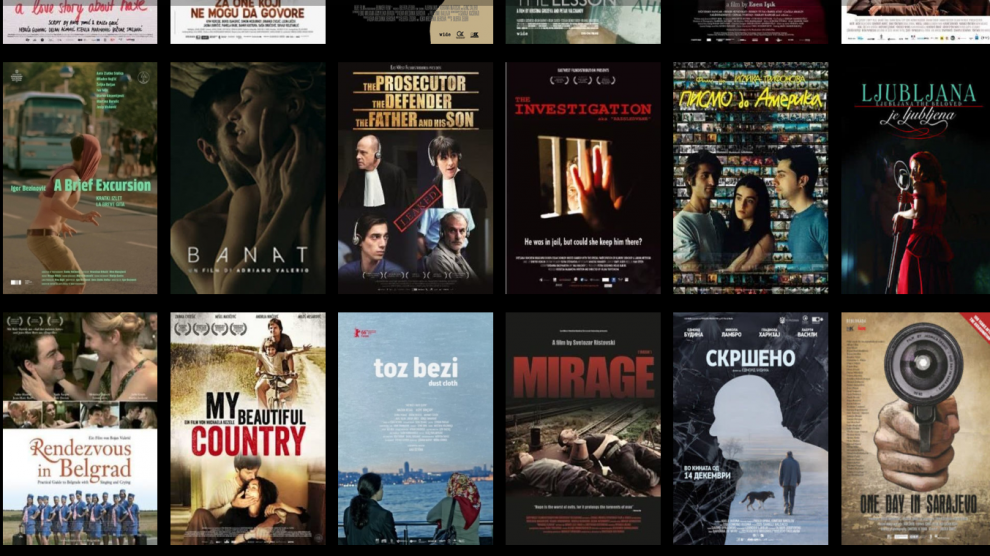 If you are running out of things to watch on Netflix (it can happen) then it might be worth bearing in mind that for those of us living in the Balkans there is a (fully legal) alternative: Cinesquare.

Launched in 2017 Cinesquare brings together some of the best films from across the Balkans, as well as a large number of independent European films. The subscription-based service is available in all 10 emerging European countries (Albania, Bulgaria, Croatia, Bosnia and Herzegovina, Kosovo, Montenegro, North Macedonia, Romania, Serbia and Slovenia), as well as Cyprus, Greece and Turkey.

The service is supported by MEDIA Creative Europe, Eurimages and the Macedonian Film Agency, and Cinesquare is a member of EUROVOD, the association of European Video on Demand platforms specialised in art-house, independent and European cinema.

So, join us as we take a look into five interesting films from the region that you can stream right now.

When Enclave was released in 2015 it was Serbia’s Foreign Language Oscar submission, beating out Vuk Ršumović’s No One’s Child. It did not win a nomination, but it did snag some other awards.

It is set in 2004, during the so called ‘pogroms’ against ethnic Serbs. The events that were the last echo of the bloody Yugoslavian civil wars serve as a backdrop for a story about unlikely friendship that crosses ethnic lines.

Starring two promising young actors – Filip Šubarić and Denis Murić (best known for his starring role in No One’s Child) – the film adopts a non-linear mode of storytelling. The audience will jump through time to various traumatic event’s in the young protagonist Nenad’s life. Living in a Metohija enclave guarded by KFOR he goes to school in an armoured car. Some time later, his father’s cattle are stolen.

Flashbacks and flashforwards eventually centre on an event involving a brand new church bell and Nenad being trapped in it. It’s all very allegorical.

See this movie for an interesting glimpse into a tumultuous time.

The Mountain (Bosnia and Herzegovina, 2016)

Next up is a documentary about the Gorani ethnic group, often forgotten or cast side. Except where there’s a political point to be made, since these people who live in Gora, a southern part of Kosovo, are Muslims who speak a Slavic language.

The Mountain tries to be above these political games and present the Gorani as they are. Through serendipitous images captured over a long period of time, the audience will get to see life in this remote part of Kosovo as it truly is – warts and all.

Over the course of a hour and twenty minutes, an intimate portrait of life on the border of Kosovo, Albania, and Macedonia will emerge.

If you are a fan of documentaries that are both informative and emotional, don’t miss this one.

Have you ever wondered what French existentialism might look like if translated to the Balkans? Look no further than the 2016 Bulgarian release 20 Kicks.

A short form experimental animation done in the style of crude chalk drawings on a blackboard, it looks a bit naff from the outset. But soon, you will be entranced by the melodramatic narrator who slowly and deliberately describes a day in his life. It’s all very deep. Or is it just pretentious? You can judge for yourself since it will only take six minutes out of your busy schedule.

Part of the Greek Weird Wave, a relatively recent art film movement, The Eternal Return takes place in an abandoned luxury hotel that’s closed during winter. That is only the first of the many other The Shining allusions.

In it, the washed-out TV presented Antonis Paraskevas is going ever so slightly mad which each passing minute. He films an imaginary cooking show in which he tries to make “molecular spaghetti,” he lip syncs (unconvincingly) to Gloria Gaynor’s I Will Survive and scans the tabloids for news about his kidnapping.

It’s all a part of a comeback bid. But as isolation takes hold, becoming famous again might the least of Antonis Paraskevas’ problems. What unfolds during the next ninety minutes is a deft satire of celebrity culture, austerity, and the Greek financial crisis.

The movie was the debut of Elina Psykou, who returned with a similarly heady psychological drama in 2017, Son of Sofia, which is also available to watch on Cinesquare.

An Unforgettable Spring in a Forgotten Village (Kosovo, 2019)

Three sex workers arrive in a remote village bar, and all hell breaks loose. Very soon, all the men are spending money on alcohol and sex, and the village mosque is empty. This doesn’t sit well with the imam or with the wives who begin plotting how to bring an end to the debauchery.

What follows is a raunchy farce full of laugh out loud moments. There’s some slapstick comedy too, for good measure.

But what this film directed by Kushtrim Bekteshi really is, is a blast from the past of Balkan cinema. Comedies from this region always tended to be on the risque side of things. And a film ostensibly made for the whole family never got in the way of some good old fashioned full frontal nudity.

If you’re ready for the kind of experience that would not fly anymore in the more politically correct West, this is the movie for you.

Another part of Cinesquare is the SeeOnline Film Festival. It’s your free ticket to Balkan cinema, as a selection of feature, animated, short, and documentary films is available once you register – totally free. With about half a dozen titles in each category, the selection will occupy a good chunk of your quarantine time.

Note: some of the films covered in this article are available as part of the monthly subscription plan or the SeeOnline Film Festival, while some must be rented separately. The prices are cheap though: all around one euro.

There’s even more Balkan cinema to be had  on MojOFF.net, a recently launched regional VOD service.