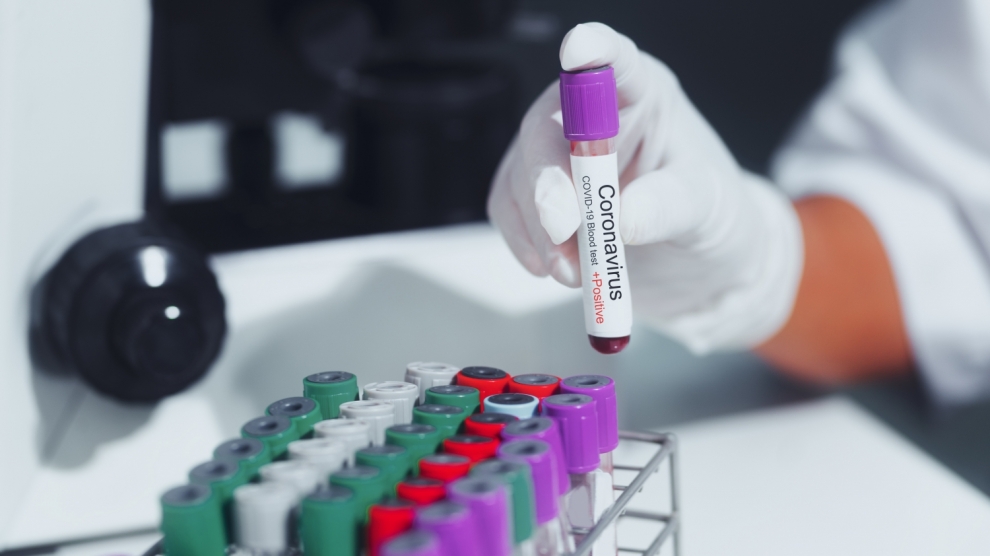 Since the coronavirus Covid-19 first appeared at the end of last year, just one thing has spread faster than the virus itself: conspiracy theories regarding its origins, pathogenicity, prevention and cure. All are carefully constructed according to their author’s (or authors’) personal prejudice, whims and agenda.

Every pandemic generates conspiracy theories, but in an age of all-encompassing news coverage, often from less-than-reputable sources not to mention social media, Covid-19 has seen an explosion in alternative truths, half-truths and outright lies, which spread much faster than official sources can refute them.

There is also, of course, the issue of whether or not official sources can be believed. In the case of China, where the first cases of Covid-19 were diagnosed, more often than not they can’t.

“None of the data from China can be checked,” says Anamaria Dutceac Segesten, a political scientist and deputy director of Center for European Studies at Lund University in Sweden. “China has a huge propaganda machine and it is doubtful that any of the data is complete. It may not be incorrect, but we are not getting the full picture.”

Other countries, notably Belarus, which has chosen to play down the threat of the virus, or Turkmenistan, which has gone so far as to ban the use of the word coronavirus, have all but chosen to ignore the fact that it exists.

“Dictatorships already control the spread of information,” adds Dutceac Segesten. “In Turkey they imprisoned doctors who said they had seen cases of the virus when the government was still officially in denial over its existence. In Thailand, the government wanted journalists to report official press conferences only, and not to interview medical staff. This is censorship of the worst kind.”

Where the virus itself loves crowds and lots of potential hosts, conspiracy theories thrive on the vacuum created by incomplete official statements, and between the gaps left by often conflicting guidelines on how best to prevent the spread of Covid-19. There may be a global shortage of Covid-19 test kits or personal protection equipment for medical professionals, but there has been no shortage of conspiracy theories.

Here are just a few.

Covid-19 was produced in a Chinese laboratory (incredibly, 29 per cent of Americans told the Pew Research Center last month that they subscribe to this theory, while another 25 per cent said they weren’t sure). Of course, no scientist could confirm the theory, although it’s ironic that the conspiracy theory itself, like many others, did originate in what might be called a laboratory – a Russian laboratory that spends its time coming up with ways to undermine trust in the western world.

“Russia has been the most active creator of conspiracy theories,” says Dutceac Segesten. “They have perfected their methods, and channels such as Russia Today and Sputnik have fed the idea that this is a man-made virus, created as a weapon in Chinese laboratories.”

Or you might like to believe that Covid-19 is in fact a US (or, depending on which flavour you like your conspiracy, British) invention designed to undermine China’s economic dominance, the so-called “Anglo-Saxon Revenge” theory. Such a theory is, unsurprisingly, popular with the Chinese government, which is offered the opportunity to claim that while the virus first manifested itself in China, it did not originate there.

Then there’s the 5G option. Having first gained momentum online in early January, the 5G conspiracy theory – which alleges, among other things, that Covid-19 has either been caused by the frequencies used for the new wireless technology, or that those signals impair the human immune system – has spread quickly, and has led to a spate of attacks on 5G masts. In the UK alone, more than 60 masts have been set ablaze.

Or perhaps Covid-19 simply doesn’t exist, it is merely a tool of big pharma, Bill Gates and the mainstream media designed to manufacture consent for a global vaccination campaign that will both enrich its producers and see us all injected with microchips that will be able to track our every movement and, no doubt, thoughts. President Jair Bolsonaro of Brazil has called the virus “a fantasy”.

Not one of these theories stands up to even the most basic scrutiny. That has not stopped them being spread by tens of millions of people, often, it should be said, in good faith, with no malicious intent.

“There are a number of dangerous falsities that are not part of a concerted effort to undermine official information, but which offer what can appear to be quick and easy solutions, such as drinking lots of alcohol to cure yourself of the virus. These get lots of traction, especially on social media, because people do not stop to think that the kind of alcohol concentration needed to sanitise your hands is toxic when consumed,” says Dutceac Segesten, who specialises in the political use of social media. “It’s not malicious, but it still causes harm.”

Then there is disinformation which is promoted by politicians who either don’t understand or who want to transform everything into an electoral campaign.

“The worst kind of disinformation comes from official sources,” Dutceac Segesten tells Emerging Europe. “Lies that distort the truth about the origins of, and treatment for, the virus are far worse when they come from officials, and these are the most dangerous forms of alternative truth. Because then journalists reporting what these officials say are placed in a very difficult position.”

Russian and Chinese help sent to Europe has also been used very effectively as a propaganda tool, argues Dutceac Segesten. Such propaganda has been far more effective, it could be added, than the help itself, much of which turned out to be useless. Surgical masks that offered little or no protection, ventilators that did not work.

“There were reports from Russia, quickly spread via social media around the world, of Italians removing EU flags from public places and replacing them with Russian flags. It never happened,” says Dutceac Segesten.

We can in all reasonableness expect a vaccine against Covid-19 to go into general production by the end of this year, perhaps far sooner. In many places, a resumption of anything resembling a normal life is likely to be impossible without it. But how can governments convince people who are increasingly suspicious of what they are told that they should accept it?

Serbian tennis star Novak Djokovic has already said that his opposition to vaccinations may get in the way of his return to competitive tennis.

“Personally I am opposed to vaccination and I wouldn’t want to be forced by someone to take a vaccine in order to be able to travel,” the world’s leading tennis player said in a live Facebook chat with several fellow Serbian athletes at the weekend, proving – not for the first time – that sporting prowess and common sense do not go hand in hand.

Will the failure of western governments to convince people of the merits of a Covid-19 vaccination be Russia’s ultimate success?

“While the anti-vaxxer movement is indeed spreading, it remains a minority of the overall population across all countries,” says Dutceac Segesten. “It is thus unlikely that there will be wide-spread resistance to the vaccine, once it arrives with the official blessing of researchers and government authorities. The very questioning of the merits of vaccination though can be counted towards the achievements of the Russian disinformation campaign.”