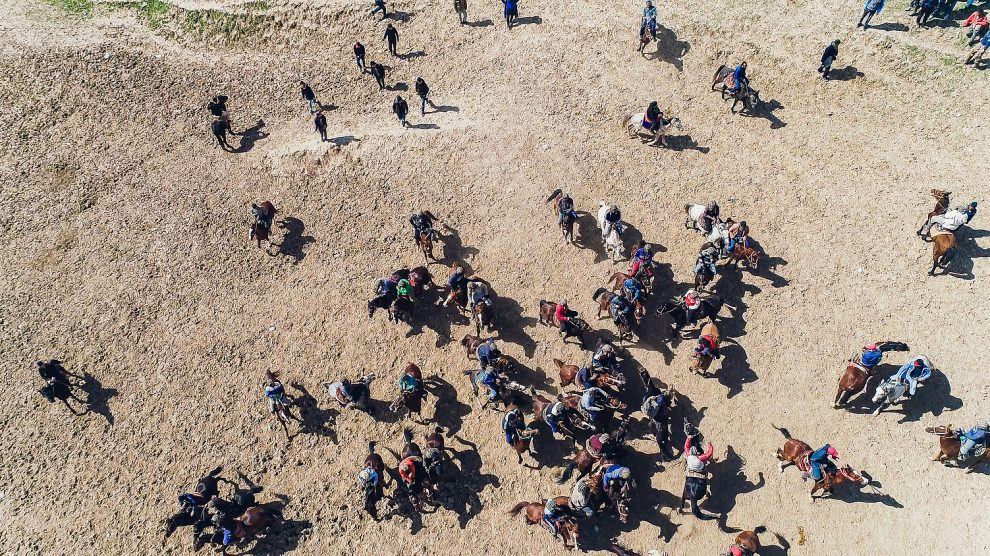 Central Asia has a rich history, and vast cultural diversity. Dozens of different ethnic and linguistic groups live across the five countries of the region, and their history – both recent and centuries-old – fascinates all of those travellers who are adventurous enough to visit.

As does the geography of this vast region, which stretches from the Caspian Sea in the west to China and Mongolia in the east, and from Afghanistan and Iran in the south to Russia in the north. Kazakhstan alone is larger than most of the countries of Europe combined. Across these five former Soviet republics scorching deserts and steppes appear endless until they eventually give way to lush green valleys and snow-capped mountains.

Unsurprisingly, the region offers a wealth of sights that are both remarkable and unique. Some are natural wonders, others have been created by man.

We decided to pick one sight from each country – five in all – as a taster for what Central Asia has to offer. We have written previously about how when the world again begins to travel, post-Covid, it will do so in a different way to before. We will travel less, but we will travel better. More emphasis will be placed on experiences, on unique encounters in places that might otherwise never have been on anyone’s travel bucket list.

These five are at the very top of ours. 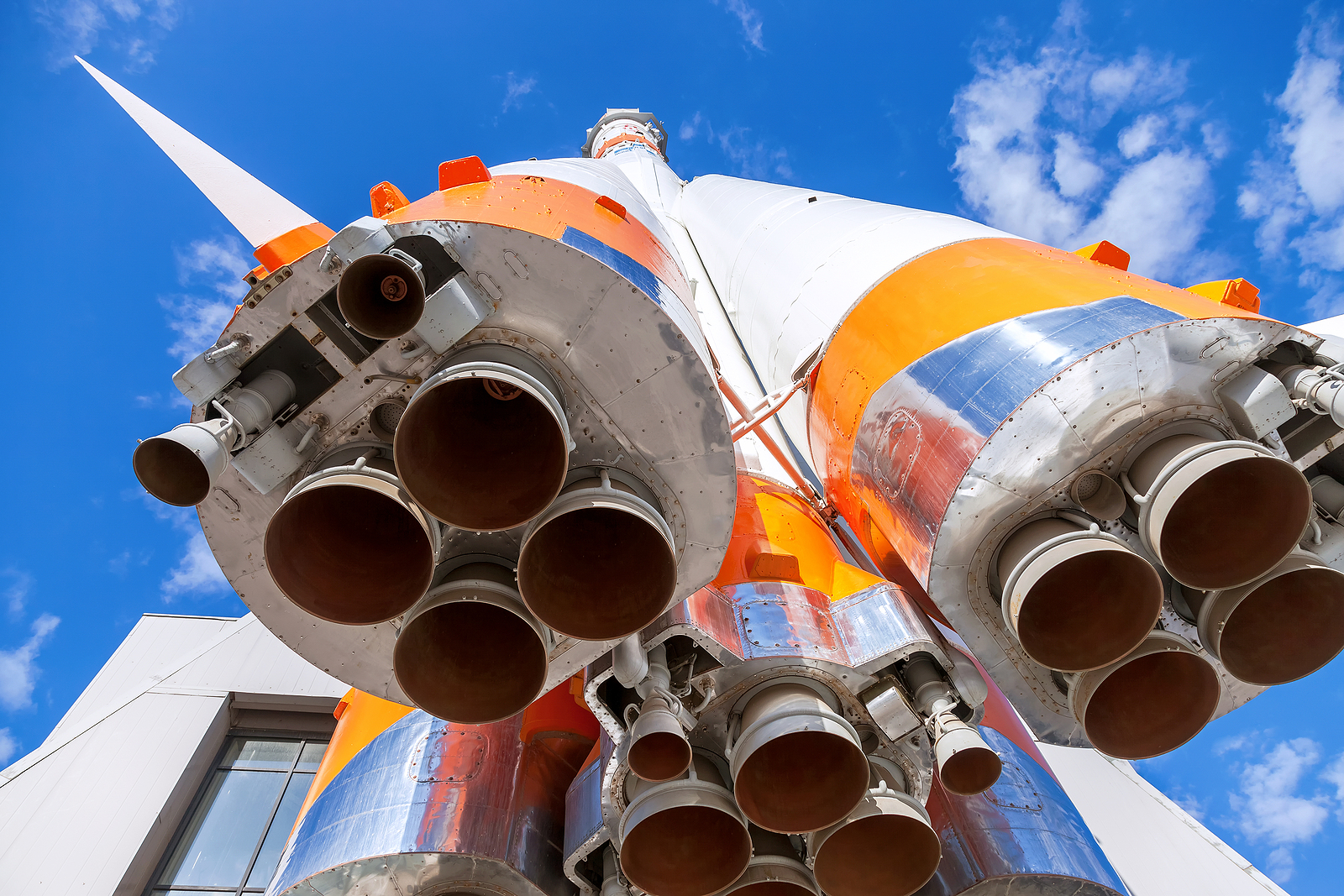 The world’s first spaceport for orbital and human launches, and the place where some of humanity’s finest accomplishments began (although it was originally built, in 1955, as a test centre for the world’s first intercontinental ballistic missile).

Since the break-up of the Soviet Union, the Baikonur Cosmodrome – located within Kazakhstan but leased by Russia until at least 2050 – has seen countless other launches from international space agencies. For a decade (until Space-X began manned missions in 2020) it was the world’s only launch site for crewed missions to the International Space Station.

In recent years, the Kazakh government has been endeavouring to make Baikonur a tourist attraction, sometimes butting heads with the Russian authorities who administer the facility (it is managed jointly by Roscosmos and the Russian Aerospace Forces). Because of this, and the sensitive nature of the facility, tickets are pricey – the cost of a visit can run to over 5,000 euros – and can only be obtained through specialised tour agencies, although packages include accommodation in the town built to service the spaceport (originally known as Leninsk, but now also called Baikonur) and travel costs.

For space enthusiasts however, it’s a must, and worth every penny. It’s more than a museum: you can even witness actual launches (there are usually six or seven each year). 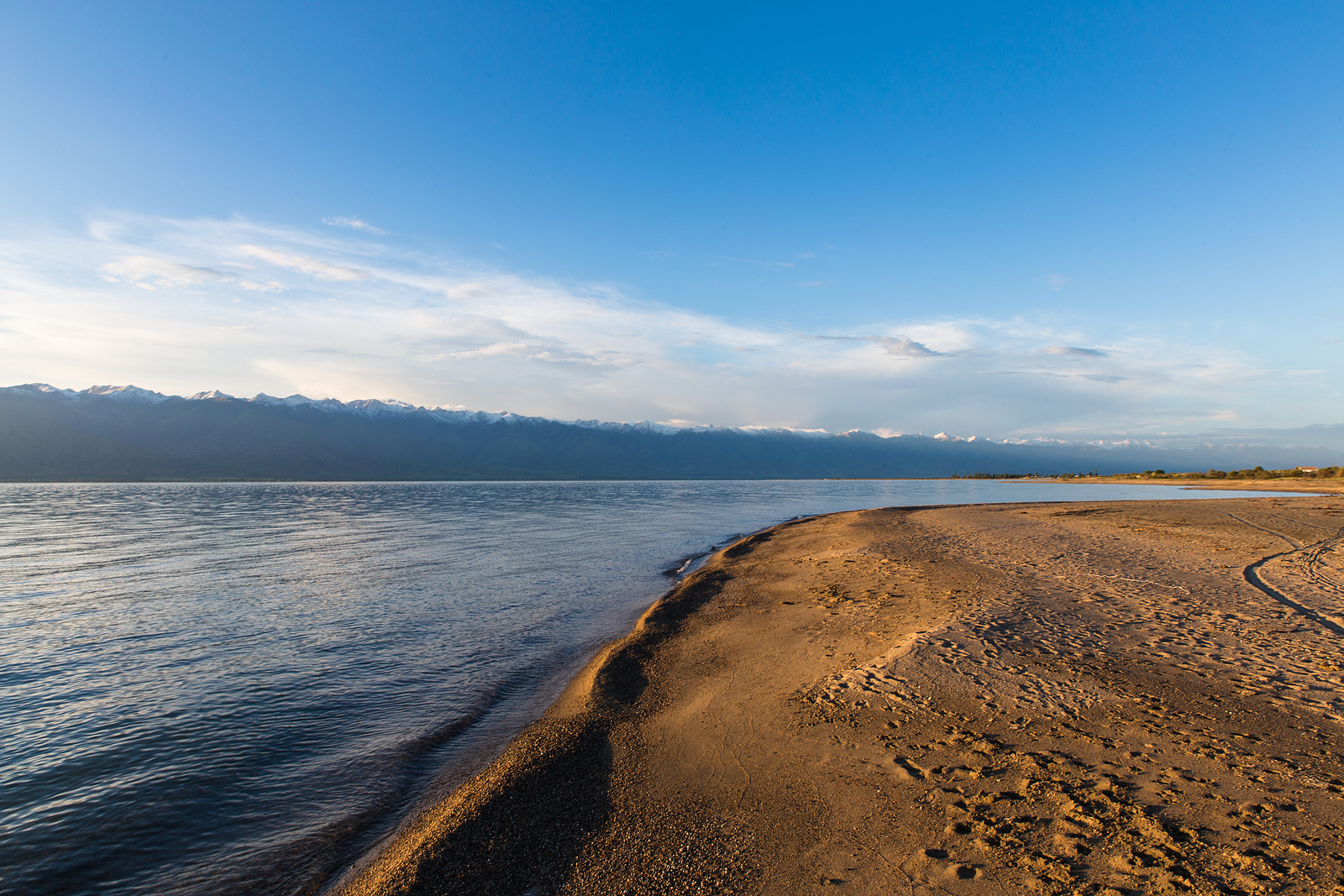 Nestled in the middle of the Kyrgyz mountains, Issyk-Kul is one of the largest saline lakes in the world.

Issyk-Kul literally means warm lake in Kyrgyz – and it’s an apt description for it. Despite being surrounded by snow-capped mountains and situated at an altitude of 1,600 metres, the water can reach a temperature of 25 degrees celsius.

This has made it a popular tourist attraction since Soviet times when several ‘sanatoriums’ – Soviet vacation facilities for workers – were constructed. Although the lake is currently being used as a testing facility for the Russian and Indian navies (as it was by the Soviet navy before that), tourism infrastructure has been developing, with several hotels and resorts dotting the lake’s perimeter. This is one of the only places in largely landlocked Central Asia where you can have a beach experience. The area surrounding the lake is stunningly beautiful, with rolling mountains and lush forests.

Visitors to Issyk-Kul can also explore the nearby town of Karakol, the administrative capital of the district. Originally a 19th century Russian military outpost, the area has a rich history. Several different ethnic groups including Uighurs, and Chinese Hui Muslims (the latter known as Dungans) live in the city. There is a beautiful mosque in the middle of Karakol, which showcases Chinese architectural techniques – the mosque is composed of interlocking parts and not a single nail was used in its construction. The result is one of the most uniquely beautiful mosques in the world.

What’s more, you can ski here in winter. 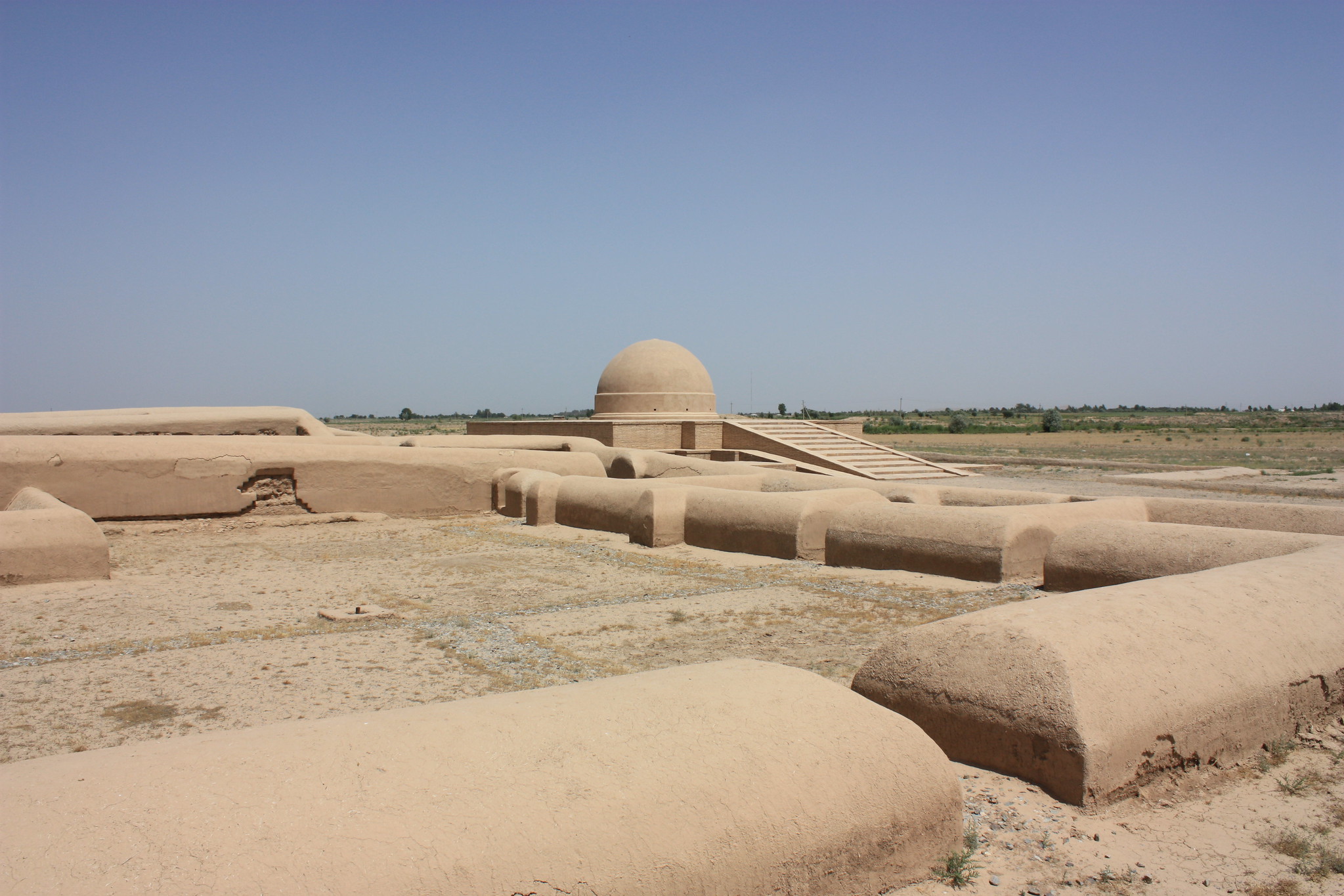 The birthplace of Timur the Great (Tamerlane) and Babur, founder of the Mughal Dynasty, Uzbekistan’s history dates back thousands of years. This makes it perhaps the most history-rich country in Central Asia.

For most people, the first place that comes to mind when Uzbekistan is mentioned is Samarkand, with its magnificent mosques, mausoleums and palaces – and rightly so. However, Termez – a city on the southern fringe of the country, bordering Afghanistan – has some of the country’s most remarkable and underappreciated ancient historic sites.

Termez was written about as far back as the sixth century BC in inscriptions from the Achaemenid Empire. It was conquered by Alexander the Great in the fourth century BC and later became part of the Kushan Empire after the decline of the Greco-Bactrian kingdom.

In the fifth century, it was captured by the Sassanid Empire, before falling to the Arabs led by Mohammed’s successors in the eighth century. In 1220, Genghis Khan conquered and destroyed Termez. It was subsequently rebuilt and became a part of the local Timurid Empire.

These myriad cultures are all reflected in Termez’s historic sites. Kampyr Tepe, built by Alexander the Great, is widely believed to be the “Alexandria of the Oxus” described by Roman scholar Ptolemy.

There are two Buddhist historical sites – Kara Tepe and Fayaz Tepe, both built during the Kushan period between the first and fourth centuries. Finally, there are the ruins of the medieval Timurid era Kyrk-Kyz Fortress.

Perhaps more than anywhere else in all of Central Asia, Termez encapsulates the diversity and eclecticism of the region. 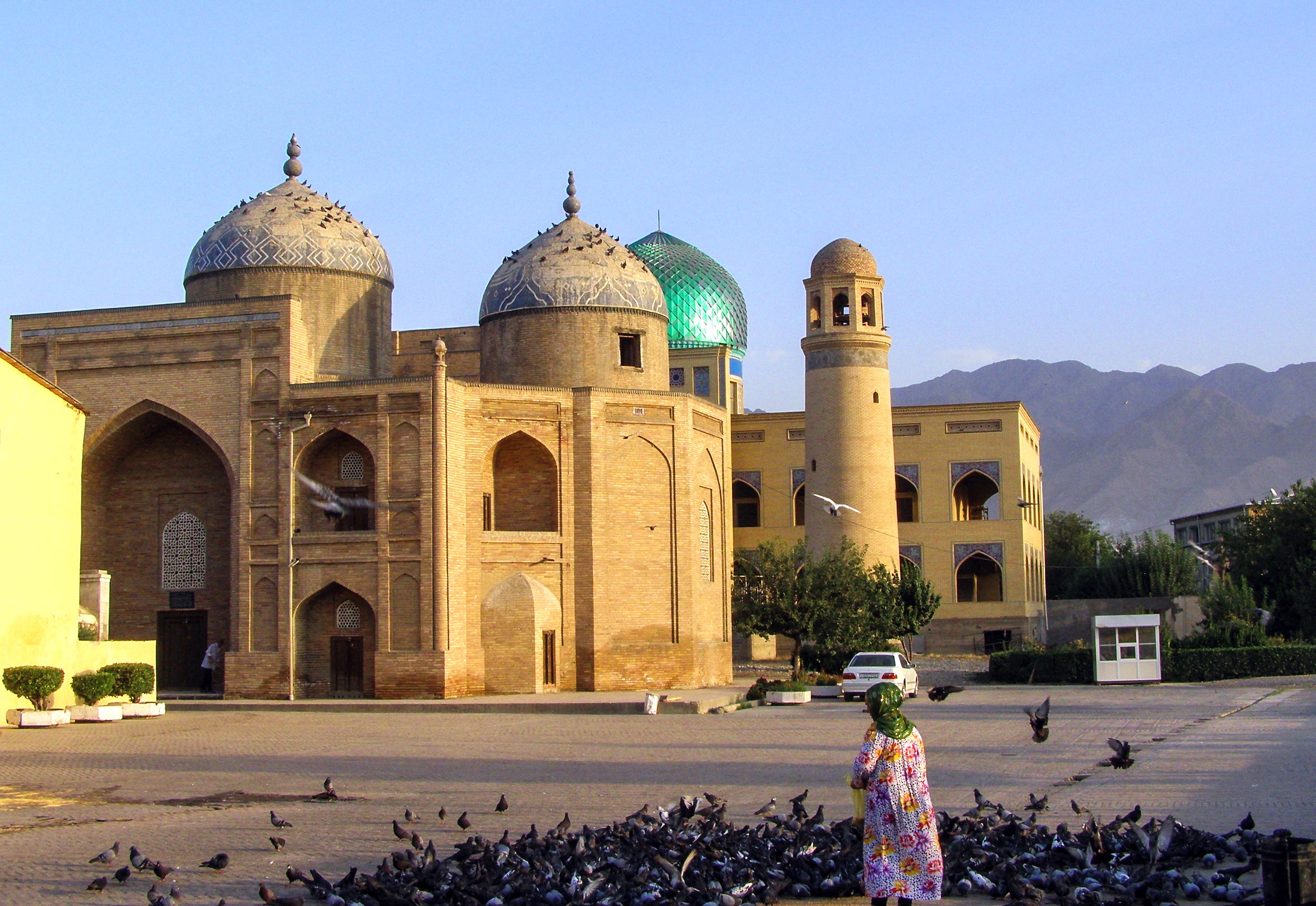 The city of Khujand in modern-day Tajikistan is believed to have been established by Cyrus the Great, founder of the first Persian empire.

Like Termez, Khujand fell under Greek rule when Alexander the Great conquered the area from the Achaemenid Empire – some scholars believe it retained its Hellenic culture until the first century CE. There are other similarities with Termez too: Khujand was conquered and Islamised by the Arabs of the Umayyad Caliphate, before being brutally sacked by Genghis Khan’s armies. It then fell under the control of the Timurids before changing hands several times among various Turkic khanates and finally falling to the Russian Empire in the 19th century. For most of its history, Khujand was a major stop on the Silk Road.

The city is built around its eponymous fortress. Historians and archaeologists believe that the original fortress was built between the sixth and fifth centuries BC – probably during the Achaemenid era. Having been destroyed and rebuilt multiple times over the two thousand years that followed, it today bears symbols and etchings from every era, and is surrounded by elaborately-decorated mosques.

The city is also home to the historic Panjshanbe Bozor, a medieval-era market which has changed little in appearance (and probably atmosphere) in centuries. 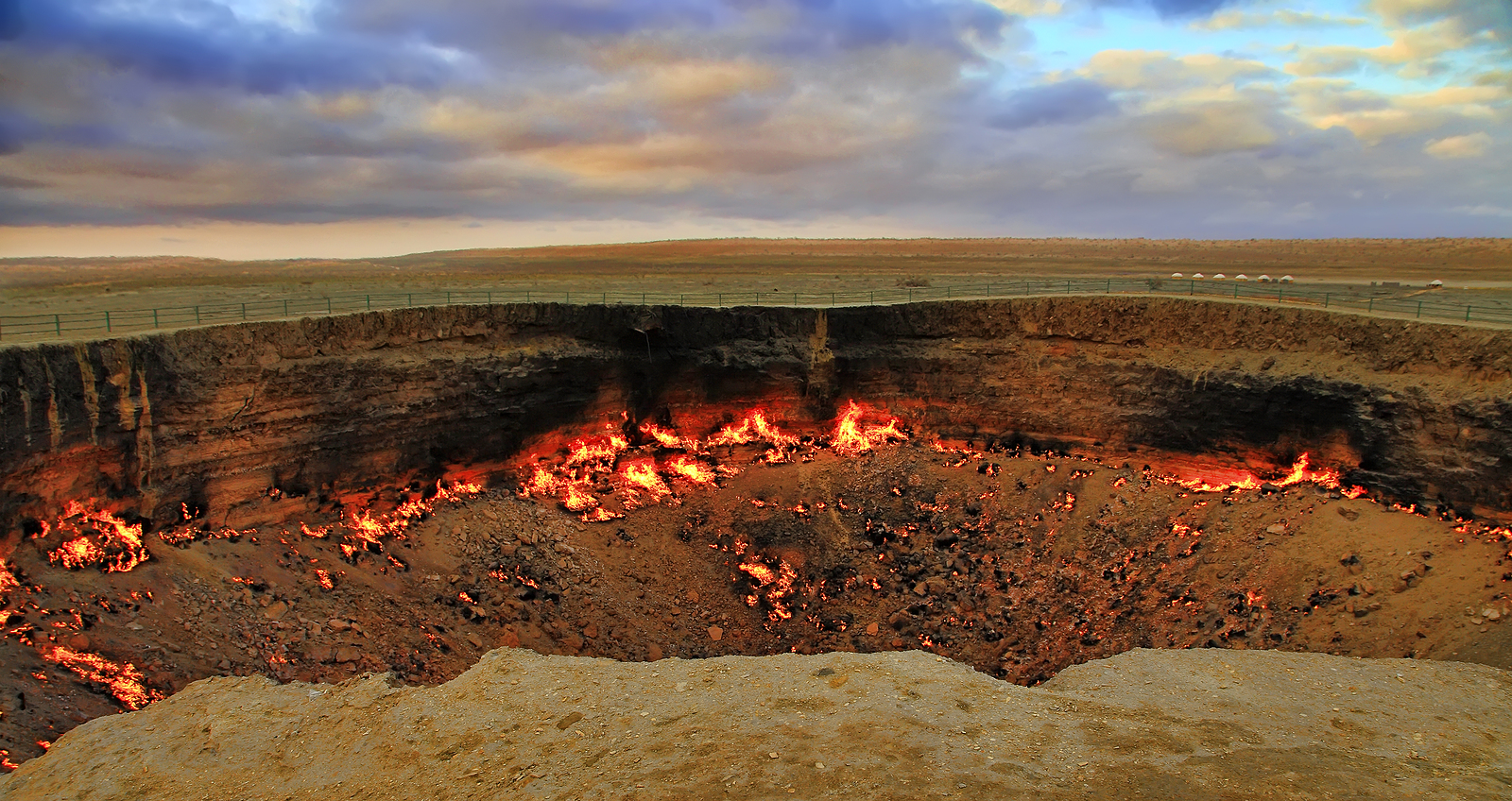 Situated in the middle of the Karakum Desert, the Darvaza gas crater – known as the “gate of hell” by locals – is a remarkable, part natural, part man-made, site. It is a gaping cavern – 69 metres in diameter – inside of which there is a raging furnace, as deep as 30 metres.

The origins of the “gate of hell” are still unclear. The most widely told story is quite amusing. In the early 1970s, during Soviet rule, engineers were drilling for oil in the vast desert. In the process, they stumbled upon a massive underground gas cavern – an entire drilling rig fell into the hole it was excavating, causing poisonous fumes to leak out. To ward off a potentially catastrophic event, Soviet engineers decided to simply light the gas on fire to consume it, expecting the fire to burn itself out within a few weeks.

Instead, fifty years later, the gas crater is still burning. The Turkmenistan government has taken full advantage of this and has made the gas crater one of the main pillars of its sporadic tourism promotional campaign.

Not that Turkmenistan is an easy country to visit: procuring visas is a costly and time-consuming process. One of the most isolated countries in the world, few tourists actually make the trip and there is little infrastructure around the gas crater.

The nearest settlement is the village of Darvaza, where only a few hundred people live. More adventurous types camp around the crater.