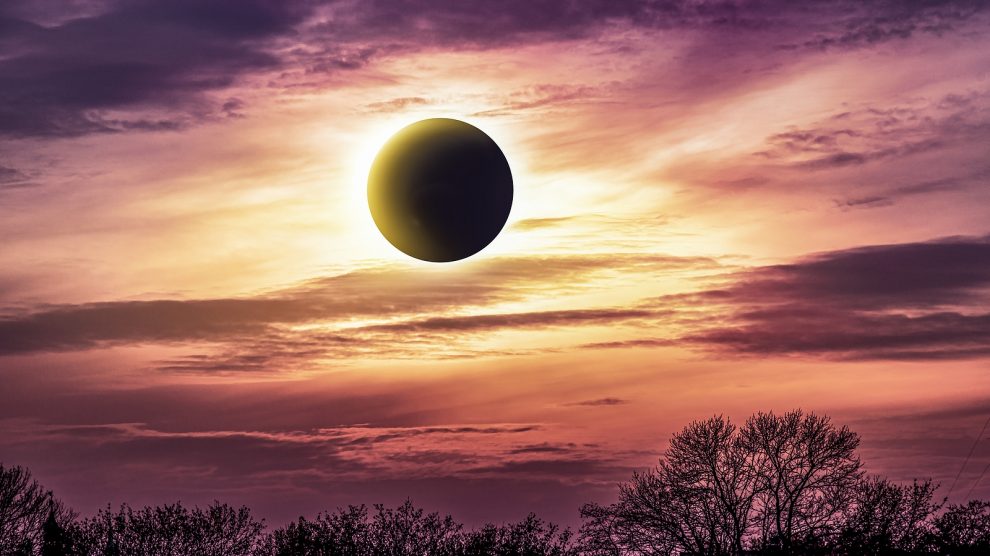 When Serbia went into lockdown last year to prevent the spread of Covid-19, it was not the first time that the country had closed its doors and battened down the hatches: in 1999, a solar eclipse caused much of the country to stay at home.

In August 1999, Europe was getting ready for a once in a lifetime cosmic event: a total eclipse of the Sun, visible from most of the continent. Huge crowds would gather in public places, kitted out with special safety glasses to witness arguably the most spectacular celestial event observable from Earth.

But on the day of the big event, August 11, things were very different in Serbia. Deserted streets, shuttered shops, people hiding in their cellars or their homes with the curtains drawn, JAT airplanes grounded.

For a few hours, life simply stopped in its tracks everywhere in Serbia. According to some informal surveys, nearly 97 per cent of Serbians chose to not view the eclipse themselves, instead watching it on television, or not watching at all.

Solar eclipses, of course, are not just astronomical events. Many beliefs and superstitions are connected to the phenomenon including the idea that an eclipse is a portent of great change and upheaval.

Amateur video taken on the day shows scenes that wouldn’t be out of place in a post-apocalyptic film. Even during the NATO bombing campaign of Serbia, which ended just a couple of months before the eclipse, the streets were more lively.

So why did almost Serbia’s entire population choose to ostensibly ignore a once in a lifetime opportunity to witness something celestial and spectacular?

To understand just how unusual the reaction was, one need only remember what was happening everywhere else in Europe. In most big cities, crowds assembled to view the eclipse in person. One of the largest gatherings was in Karlsruhe, Germany, where around 500,000 people watched the phenomenon together.

Even in the context of Serbia and Yugoslavia, the events of that August 11 represent a strange break from established norms. The previous total eclipse visible from the region happened in 1961. That day, Yugoslavian citizens didn’t cower in their basements, instead – like their Western European counterparts – they took the opportunity to watch a rare and scientifically interesting event.

In 1961, science dominated the public conversation about the eclipse. A pamphlet published by the country’s Astronomical Society sold thousands of copies, and provincial correspondents of newspapers reported on an “astronomical fever” among the populace.

In 1999, it was a different story. The public was gripped by a fever, for sure, but a different one.

The media landscape would come to be dominated by declarations of danger, sometimes medical, sometimes of a more nebulous quality inviting fantasies of destruction and apocalypse. TV astrologers and prophets got in on the action too, with one warning that nobody should see the eclipse at all because the “radiation levels” would reach that of the Chernobyl nuclear disaster.

It seems that the seed that grew into the panic was planted by a local newspaper reporting on the allegedly shoddy quality of the special sunglasses that were being sold by a company called First Production.

Over the next few days, it would emerge that the company did not have any certificate attesting to the safety and effectiveness of the glasses they were selling. The public discussion quickly centered itself around cobalt, noting that only cobalt glasses were safe enough. However, due to embargoes and sanctions, cobalt was wholly unavailable to Serbian industry at the time.

A doctor from the Clinic for Child Psychiatry advised parents that it’s best to refrain from viewing the eclipse directly altogether.

In the end, the panic stoked by the media would result in an official proclamation by the Ministry of Labour and Social Politics.

For the most part, this proclamation contained useful and rational advice. Refrain from viewing the eclipse with the naked eye because that might cause permanent eye damage. Gazing directly at the Sun is never a good idea, eclipse or not.

Some of the other pieces of advice were less scientifically sound. Citizens were urged to roll down their window shutters and step away from windows so as to not gaze at the Sun inadvertently. Additionally, one should not leave their home without an urgent need, and children and the elderly should stay indoors at all times. Psychiatric patients were especially cautioned to observe the warnings and take their prescribed medications.

But, most bafflingly, the ministry’s instructions contained a possible list of symptoms caused by the eclipse that have no basis in science whatsoever. Tachycardia, stomach cramps, itching, elevated blood pressure and sugar levels, and frequent urination were all listed as potential dangers for those who dare to go outside.

And so people stayed home. Gatherings or viewing parties were never officially and legally proscribed, yet the media furore and the official warnings effectively acted like a soft ban on the entire event.

When it comes to explaining these events, two main theories have been proposed. One is that people in Serbia simply acted irrationally due to the media-stoked panic and their own “stupidity.” The second is that the Slobodan Milošević regime used the event to exercise power over the populace and to prevent any potential mass gatherings. Otpor (Resistance), the group that would end up playing a key role in Milošević’s demise, did hold a small gathering in front of the Serbian Academy of Sciences on the day of the eclipse. Rumours swirled in the government-controlled media of a much larger protest planned for the day.

The first theory reeks of orientalism (or more precisely here, Balkanism) — the idea that Eastern European countries are somehow dumber, less civilised and more prone to every form of manipulation than people in the West. The second suffers from the impossibility to establish intent. No documents were ever produced that could prove conclusively that the government did engage in the manipulation knowingly.

And even then, that theory requires the first to also be true. That people would have been receptive to such manipulations because of a lack of education and common sense.

Instead, Dr Vladimir Janković, a historian from the University of Manchester, proposes an alternative explanation.

In his 2018 paper The Sun Without a Permit he argues that the events of 1999 were caused by an “information cascade”  Information cascade is a concept in behavioural psychology in which people make decisions based on what others are doing in the context of a lack of their own expertise and knowledge on a subject.

Mass panics are always tricky to understand, but the social context of Serbia in 1999 must be taken into account. In March, NATO began a 78-day aerial bombing campaign against Serbia. But the bombing was only the last in the procession of catastrophic events for the region. It was preceded by the collapse of Yugoslavia, the civil war, and the economic crisis.

In the aftermath of the bombing, public discourse in Serbia tended to centre on the possible long-term environmental and health consequences of the bombing. NATO did use depleted uranium during the campaign, and this caused many to worry about a range of potential consequences from increased cancer rates to freak births. The use of depleted uranium remains controversial to this day.

In this context of politics and crisis permeating the daily lives of Serbian people, it seems plausible that the media frenzy mediated the response of the common people.

Their own ideas about risk were supplanted by the ones coming from the media, Dr Janković argues.

As proof for the information cascade, he notes the fact that many people reported and observed behaviours that went beyond what the media and the ministry were advising. Some people put blankets on their windrows. Many villagers locked up their livestock in barns, wary of the possible effects the eclipse could have on them.

In the end, it might turn out that the government itself was a “victim” of this very same information cascade, that the pronouncement was made as an attempt to put a stop to the mass panic caused both by the media and the paranoia and fear the people had following the end of the bombing.

It is worth noting that many citizens chose to hide in basements and in bomb shelters, just like they did during the war.

Like with most events that happened in the Western Balkans in the 1990s, a singular, satisfying explanation is hard to come by. In the region the decade is still commonly described as “not normal”, among other things.

Perhaps it’s fitting that the end of such a decade would be marked by a solar eclipse, and that the reaction to it would defy understanding still, 22 years later.

Not one, but two Oscar nods for Collective, a tale of corruption in the Romanian health system
Five of Central Asia’s most remarkable sights
Comment