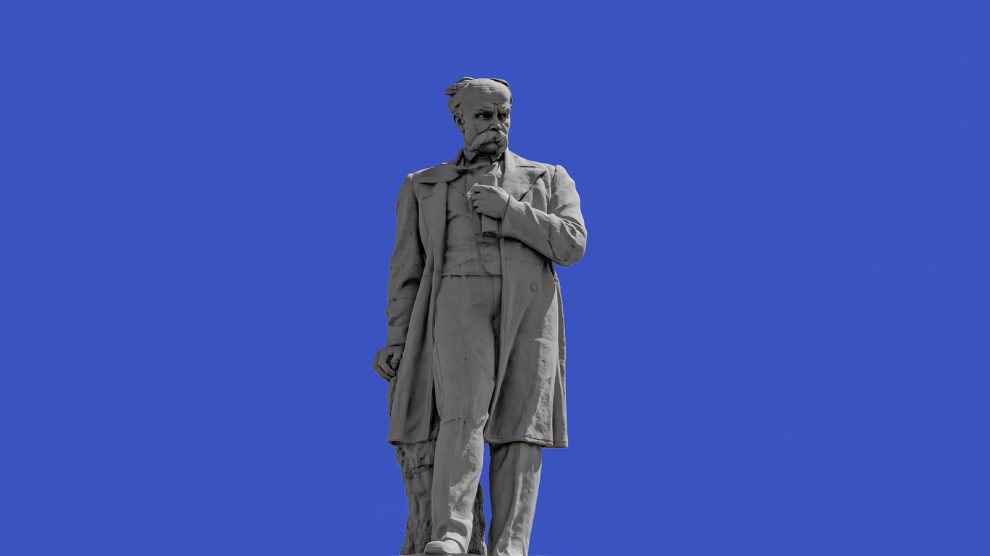 As Russia continues its attacks on Ukraine’s people and sovereignty, it is now more important than ever to celebrate and raise awareness of the uniqueness of Ukrainian culture, including its rich literary tradition.

We have selected five works that evoke the resilience of the Ukrainian national character.

The mock-heroic poem is a parody of Virgil’s Aeneid, and a humorous critique of Russian Empress Catherine the Great’s defeat of the Zaporozhian Host military unit, active in Central Ukraine at the time.

Taras Shevchenko (1814-61) is universally accepted as one of the most important figures in Ukrainian literary history.

His work was vital to the revival of the Ukrainian language following the Russian Empire’s early 19th century special decree, which aimed to suppress it.

His 1840 collection of poems Kobzar (Poet) was first published in secret in Saint Petersburg but quickly spread in popularity.

Just seven years later Shevchenko was convicted of openly promoting Ukrainian independence and mocking members of the Russian Imperial House for which he was exiled to Siberia.

His work was banned across the empire, but copies of his poems appeared in Prague and across German territories.

(From the poem Ivan Pidkova in Kobzar)

The Hunters and the Hunted/Tiger Trappers/ Tiger Catchers, Ivan Bahrianyi

This 1944 adventure novel (which has been published in English with three different titles) highlights the horrors of the Soviet gulag as experienced first-hand by the author Ivan Bahrianyi (1906-63).

In 1932 Bahrianyi was arrested in Kharkiv for spreading “counter-revolutionary propaganda” with his early poems, and imprisoned in a gulag in the Russian Far East for six years.

Shortly after his release from the concentration camp, the writer was re-arrested for his involvement in a Ukrainian nationalist counter-revolutionary organisation. During World War II he participated in the Ukrainian national underground movement, and in 1945 he defected to Germany.

An important piece of work by Bahrianyi from the post-war period is the essay Why I am not going back to the Soviet Union?, which describes the USSR as an abusive stepmother which is committing a genocide against its own people.

The 91-year-old poetess boasts a truly rich body of work which reveals the Ukrainian determination to secure freedom and democracy.

Kostenko is well-known as one of the leading members of the Shestydesiantnyky (dissidents), a Ukrainian literary movement of the 1950s and 1960s which spoke up against authoritarianism and tyranny.

While her early work gained traction throughout the Soviet Union, her poems were later banned for 16 years on ideological grounds.

She became a hero in post-Soviet Ukraine and continues to support the cause of a free and democratic Ukraine to this day.

Zabuzhko is one of the most talked-about contemporary Ukrainian writers and her 2009 award-winning novel offers a valuable insight into the realities of present-day Ukraine.

The more than 800-page-long book is set in 2003 and follows the story of Daryna, a journalist, and her friend Vlada – an artist.

The two women discover a photo of a woman, Olena, part of Ukraine’s underground national movement before and during World War II, in which she is killed by Stalin’s secret police. The two become determined to discover more about Olena and to shoot a documentary about her story.

Through the characters’ journeys, the book covers more that 60 years of Ukrainian history.

It won Korrespondent magazine’s award for best Ukrainian book of 2010 and the 2013 Angelus Central European Literature Award from the City of Wrocław.

A treat for lovers of arthouse cinema, IFF Febiofest Bratislava starts March 16
Poland’s bout of ‘concreteosis’ may be coming to an end
Comment