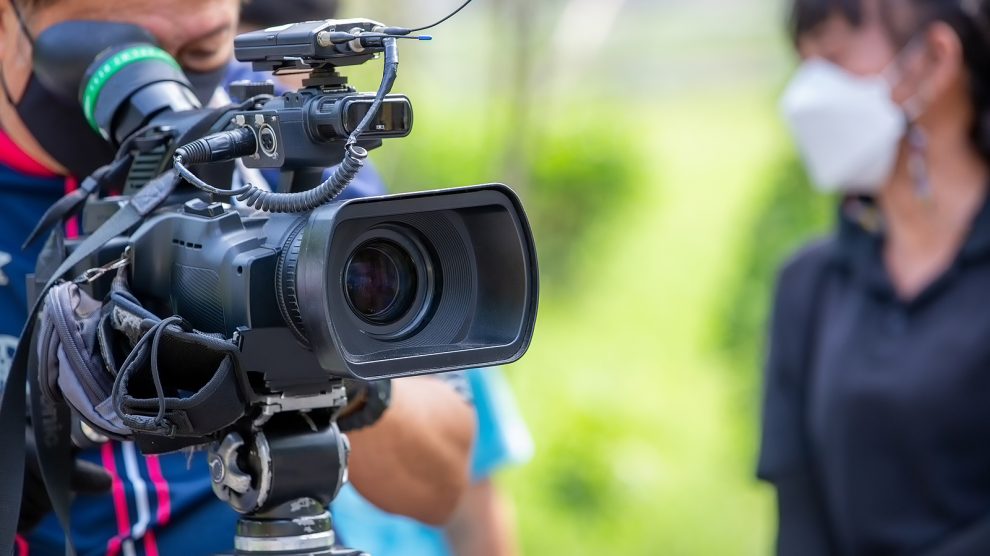 Conceived as a platform for promoting arthouse cinema, Febiofest Bratislava presents current trends in independent filmmaking with a special emphasis on productions from Slovakia and neighbouring countries.

In an attempt to attract viewers of different age groups, the week-long event (which runs from March 16-22) embraces diverse genres including fiction, documentary and animated films.

The festival is organised by the Association of Slovak Film Clubs in cooperation with the Slovak Film Institute. Founded in 1993, Febiofest was first limited to Slovak films but has since opened up to include more countries, especially the other Visegrád countries (Czechia, Poland, Hungary), Austria and Ukraine.

Titled In the Heart of Europe, the competition section of the programme is dedicated to short films from across the region.

Twenty shorts are selected every year, all under 30 minutes in length. As the festival hopes to present the region’s best current films, the main criterion is the artistic value and quality of the submitted films rather than equal representation of genres, themes or countries.

As is often the case with art films, this year’s selection offers poignant takes on commonplace events.

Hungary’s Szünet (Break) by director Levente Kölcsey, for instance, tells the story of a schoolboy whose parents want to withdraw him from school and send him to work. What represents just an element of daily routine for the school principal is a life-changing moment for the boy, but no one seems to care.

In Pozdrav z Nigérie (Greetings from Nigeria), a Czech short by Peter Hoferica, an elderly man called Emil gets an email from a self-proclaimed Nigerian prince asking for financial help. In return, the prince promises Emil his royal thankfulness as well as a half of his heritage. Despite disapproval from his family, Emil sends him the money.

The winner of the competition will be awarded 3,000 euros. As the competing films could not be screened in cinemas due to the Covid-19 pandemic, no winner was announced in 2021. According to the organisers, discussions with authors after screenings are an integral part of the process of choosing the winning film.

Luba Orechovska, the managing director of the festival, told Emerging Europe about the ordeal the organisers have been through because of the pandemic.

Outside of the main competition, Febiofest includes sections featuring distribution premieres of the newest Slovak films, titles from renowned international filmmakers showcasing the latest in arthouse cinema, as well as a range of unique archive films.

As per the festival’s website, for the non-competing Limitless section “the programming team goes wild and chooses the most interesting, boundary-breaking and untraditional titles”. The organisers dare viewers to “bring an open mind, a pinch of bravery, sit back and enjoy the selection on the edge of the limit”.

Also guaranteed to keep cinemagoers on the edges of their seats is Planet Dark, a late-night showing section comprising “a well-curated spectrum of the scary sexy and the most thrilling films produced all across the world”.

The main part of the festival takes place in Bratislava although a selection of films is subsequently screened in several cities across Slovakia.

Other than avant-garde films, Febiofest Bratislava also brings together film professionals from all over the world. The festival’s chief networking opportunity is Industry Days, a live event which will also be streamed online.

Given that art films are aimed at niche markets rather for any mass audience, producing them is no small feat. According to Orechovska, arthouse productions in Slovakia are chronically underfunded.

“The most significant and very often the only source of financing for arthouse films is the public support from the Slovak Audiovisual Fund and the Radio and Television of Slovakia. Both have limited funds,” Orechovska says.

“For most feature projects, the only way to produce a film is to make an international co-production and to look for funds abroad, also by asking for some pan-European support from programmes like Creative Europe or Eurimages.”

Sadly, the same is true for arthouse cinema elsewhere in the world. Art films rarely receive the sort of financial backing associated with mainstream productions, forcing directors to resort to lesser-known cast and modest film sets.

For viewers, this is often a blessing in disguise, with arthouse films colouring outside the lines of filmmaking conventions and coming up with budget-friendly but refreshing takes on narrative techniques.

In Ukraine, Russia is losing the social media war, as well as the war on the ground
Five Ukrainian literary works that showcase the nation’s strength
Comment