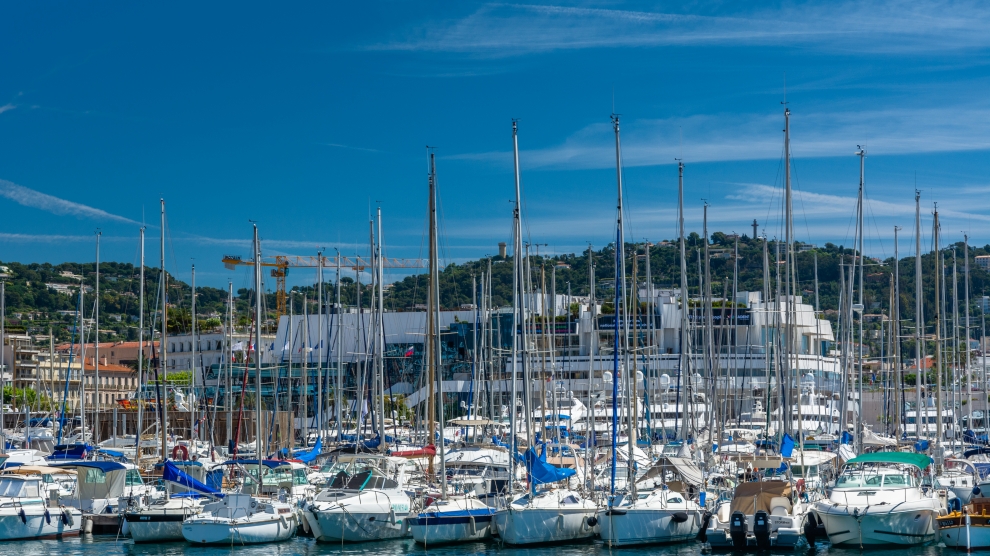 Four classic films from the emerging Europe region are set to be shown alongside with 25 other classics of world cinema at Cannes Classics, a popular sidebar to the prestigious film festival that highlights significant movies in movie-making history.

This year, four films from Serbia, Croatia, Poland, and Hungary will be included along with other classics such as Jean-Luc Goddard’s Breathless and Michelangelo Antonioni’s L’Avventura.

While the main Cannes festival, which usually takes place in May, was cancelled due to the ongoing coronavirus pandemic, audiences will still get the chance to see the 25 films in the classics selection at the Lumière Festival in Lyon in October, and at the Rencontres Cinématographiques of Cannes, set to take place in November.

Central and Eastern Europe has never lacked for significant and historically important cinematography, and the four movies included for this year’s exhibition are merely a snapshot of what the region has to offer to those moviegoers who are looking for something more substantial and challenging than traditional popcorn fare.

In its native Serbia, Who’s Singing Over There? is not just a cult black comedy, but part of a rarefied group of movies that have over time seeped into the mainstream national consciousness and remained there. Considered one of – if not the – most quotable films to ever come out of the Balkans, it is still enjoyed by audiences 40 years since it was made.

Directed by Slobodan Šijan (whose 1982 film The Marathon Family is also a must-see classic), the film tells a story of a group of people traveling by bus to Serbia’s capital Belgrade on the eve of the Axis invasion of Yugoslavia on April 6, 1941.

Instead of one overarching plot, the film is a series of humorous vignettes featuring the ragtag band of passengers including a World War I veteran, a “Germanophile”, and two Romani singers, among others.

As many reviewers and film theorists have pointed out, the bus itself serves as metaphor of Yugoslavian society and its internal contradictions. An analysis that only made more sense after socialist Yugoslavia fell apart in the 1990s.

“It’s the dark humour that comes from our mentality and its clash with urbanity that creates situations that often end tragically,” Mr Šijan recently said about the film.

Who’s Singing Over There? is also a rarity for Yugoslavia in that openly deals with racism against the Romani minority. A pivotal scene in the film sees the two Romani characters being wrongfully beaten after they’re accused of stealing a wallet.

The version to be shown at Cannes is a digital restoration overseen by the Yugoslav Film Archive.

In a sense, including this 1968 film by Sándor Sára in the programme rights a historical wrong. The Upthrown Stone was supposed to compete at the 1968 Cannes Festival. That year’s festival was cancelled due to civil unrest.

The film follows an aspiring film student in the 1950s who is denied a scholarship to a state-funded university after his father is thrown in jail. He eventually becomes as a surveyor during the perio of collectivisation and he attempts to organise a farm base with a Greek partisan couple, who are then killed in a peasant uprising precipitated by wasteful bureaucrats.

Set only six years before the Hungarian uprising of 1956, the film’s director Sándor Sára uses modernist techniques and long stills to portray the absurdity and suffering of the age. Considered a classic of Hungarian new wave cinema, The Upthrown Stone fits into Sára’s larger body of work which concentrates on common people and their experiences of the socio-political circumstances beyond their control.

The film’s new 4K digital restoration was carried out by the Hungarian Film Institute.

Ranked as the fifth best Polish film of all time in a 2015 poll conducted by the Polish Museum of Cinematography in Łódź, Wojciech Jerzy Has’ 1973 adaptation of Bruno Schulz’s short story collection Sanatorium Under the Sign of the Hourglass has had a controversial and tumultuous history.

In the film, a young Jewish man visits his father in a sanatorium, where it is quickly revealed that time and reality do not behave normally. A series of phantasmagorical events ensue that offer reflections on death and the Holocaust while Has creates a reading of the original short stories in the context of the trauma of World War II.

Owing to the sensitive subject matter of antisemitism and the Holocaust, the film was met with reluctance by Polish authorities, despite being a major production.

Because the film emphasises the Jewish aspects of the Schulz’s source material, the authorities refused to submit it to the 1973 Cannes Festival. However, Has managed to smuggle a print of the movie abroad so it could be shown. The Hourglass Sanatorium won the Jury Prize that year.

Today, critics and theorists celebrate the film as a classic psychedelic and avant-garde adaptation of a literary work, noting its emotional and philosophical content.

The version of the the film to be shown at Cannes is 4K scan and 2K restoration by Polish Film Classics with a Blu-ray release being slated for May 2021.

The plot revolves around the relationship of Ivo and Ruth, who enter a marriage of convenience meant to save Ruth, a Jew, from the Nazis and their Ustaše collaborators.

However, as their relationship deepens, Ruth is captured and sent to a concentration camp named The Ninth Circle, a thinly veiled reference to Jasenovac. Jasenovac was a death camp run by the fascist Independent State of Croatia where an estimated total of 100,000 people — Serbs, Jews, Romanies, Bosnians, and Croats — were exterminated.

Štiglic’s The Ninth Circle represents the first time Croatian cinema acknowledged Jasenovac and attempted to deal with its legacy.

While modern commentators have somewhat criticised the film for being “old fashioned” and a bit too melodramatic, its place in the history of Croatian and Balkan cinema remains significant. In a poll of Croatian film critics from 1999, The Ninth Circle was voted one of the best Croatian films of all time.

The Croatian Cinematheque has overseen a 2K digital restoration of the film.