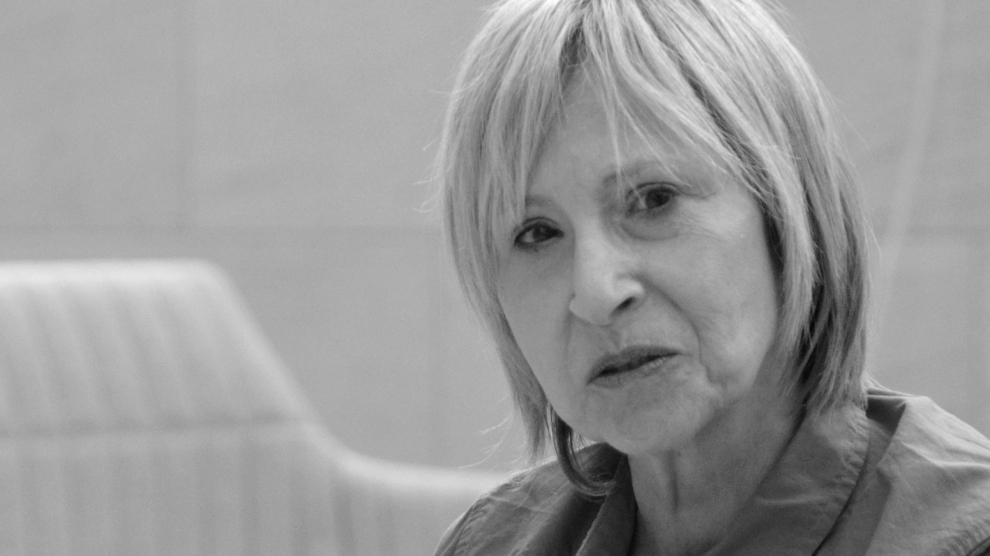 Second-wave feminism is often misconstrued as an American-centric movement, yet its ideals of emancipation spread far wider and deeper. This is particularly true of Yugoslavia, where the 1970s and 1980s saw many female activists and artists ignite a necessary dialogue on women’s place within socialist society.

One of the first and most prominent figures of Yugoslavian feminism was artist Sanja Iveković, whose work pertains to the complexities of patriarchal consumerism, beauty ideals, and nationalism, and has relevance far beyond the Yugoslav context.

Iveković was born in Zagreb in 1949 and studied fine art at the city’s academy, graduating in 1971. She went on to begin her career as an artist, joining the post-1968 generation of Yugoslav artists who benefitted from more artistic freedom than their more eastern neighbours, allowing a more feminist critical commentary to flourish – although there will still limits.

For Iveković, “the personal is political”, and themes of gender roles and identity were at the forefront of much of her work. Yet feminism occupied an entirely different space within the Yugoslav context when compared with the west, particularly the US.

For some historians, what is known as the ‘double burden’, the role of having to be both the housewife and have a career, become a ‘triple burden’ with the addition of being a socialist participant in the state. To make matters worse, under socialism, everyone was perceived as equal, regardless of whether they really were, hence movements like feminism were seen by the state as redundant.

And while Yugoslavia was progressive in terms of education, abortion, and divorce rights, misogyny still penetrated deeply in society. In some ways, the blindness to this oppression actually accentuated it.

Women were not sufficiently represented in politics and the state failed to accommodate basic needs. Author Slavenka Drakulić vividly illustrates this in her novel, How We Survived Communism and Even Laughed, as she remembers how period products such as tampons were not provided for, which is especially ironic for a socialist state. “In the seventy years of its existence it couldn’t fulfill the basic needs of half the population,” she writes.

Moreover, while many feminists in the west saw products like make-up and high-heels as oppressive measures to fulfill patriarchal beauty standards, their shortage in Yugoslavia made them a means of expression.

When Ms Drakulić met with western European feminists in 1978, she recalls: “we thought they were too radical…when they talked about wearing high-heeled shoes as a sign of women’s subordination. I remember how we gossiped about their greasy hair, no bra, no make-up.”

Interestingly, this highlights the shortcomings of western feminism at the time, that failed to account for the multiplicity of women’s struggles. Many western feminists looked down on the socialist movement, yet this west-east misreading highlights its complexities and the failure of the west to concede that women can both appeal to conventional beauty standards and be unconventionally feminist.

Nevertheless, there were of course universalities. Consumerist mentalities were seeping into Yugoslavia too, where beauty standards were sold through the manufacturing of women’s flaws.

Iveković’s, 1976 work instructions no.1 or instrukcije br. 1, deconstructed this phenomenon. In her short film, Iveković stares into the camera and methodically draws arrows on her face in black ink, evocative of pre-plastic surgery markings. In doing so, she mocks the ‘how-to’ nature of advertisements, refuting make-up’s ritualistic application. Here, the markings become a kind of war-paint against unrealistic beauty ideals where the face has been turned into an instruction manual, a thing to that must be ‘bettered’. At the end of the video, she rubs these markings in, making her face dirty and distorted, an ironic reflection of the markings of beauty expectations communicated against the iconography of women in advertising.

Here, the marketing of beauty products, that is only successful through point out flaws is reflected. Instead, the marketing and pressure itself becomes a flaw.

Ironically, the idea of adhering to these beauty standards, as sold by consumerism in Yugoslavia became a damned if you do, damned if you don’t situation, and arguably still is globally.

In much of Iveković’s work, she places herself within the art, a powerful mechanism for commentary. As explained by art historian Jo Anne Isaak, critical distance can lead to a sense of complicity within patriarchal relations, rather than a refusal of. Instead, when the artist makes herself the subject, she explores the complexities of gender roles from an internal perspective, where she is ‘not waving, but drowning’. Rather than denouncing the models from the outside, she denounces the constructs from within.

After the fall of Yugoslavia, the wars of the 1990s steered women towards nation-building, where their role was subsumed within a broader nationalist narrative. Further moves towards more conservative governments instilled a guilt around the socialists’ progressive policies, and things like abortion rights were partially rolled back. Ironically, capitalism’s full incorporation within the former Yugoslavia worked in reverse for many women.

Ultimately, whether socialism tried to erase the need for feminism, or capitalism tried to control and restrict it to consumerism and exploitation, both fell short of achieving women’s emancipation. Despite ideologies saying that issues will melt away when they are fully achieved, this cannot happen if the ideologies never account for minorities in the first place.

In her later years, Iveković’s feminism has taken on a broader and more all-encompassing form, where these minorities go beyond the feminine. In an interview with MOMA, she expresses that feminism and its surrounding discourse, her art included, needs to move beyond dealing with just women. Instead, intersectionality is key. “In my work, I have always wanted to deal with real problems in society, no matter whether they are about the position of women or the Roma people, marginalised workers and all the other ‘others.’ I always try to critically reflect my own position, my role in the art system as well as what happens to me as a citizen,” she explains.

“I think that the strength of the artistic act is not only to reflect social reality but to actively participate in the creation of the collective and social imaginary. It is the role of the artist to find each time a new model to deal with the difficult issues, one which enables the viewer to reflect upon contemporary society and to rethink his or her place in it.”

This approach is reflected in her 2002 collaborative work with the family planning group Women’s House, Sunglasses. The work still deeply criticises advertising imagery, yet takes on an additional pertinence. Using Prada advertisements of sunglasses, images of models are appropriated with small pieces of text that recount a name and personal details of domestic abuse. In doing so, the original advertisement image takes on an entirely different role, where sunglasses are no longer a fashion accessory, but expose the societal disregard for gender violence, playing on what is seen and what is hidden.

It is artists like Iveković, whose work dissects the grit and depths of the patriarchy, that make the continuation of feminism possible, and one that moves with the times, both in the former Yugoslavia, and more broadly. As third-wave feminism highlights the western shortfalls of a white, middle-class movement, work that challenges the beauty norm for all its intersectional lacunas is paramount.

Four classic films from emerging Europe to be shown at Cannes Festival
Is Dua Lipa an Albanian nationalist? Probably not, but her Greater Albania post was a mistake
Comment