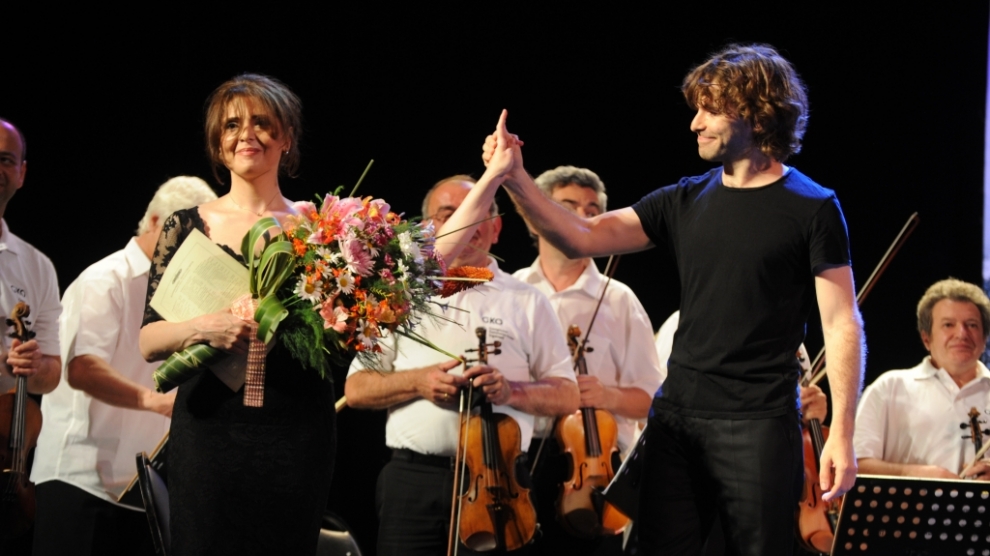 Now in its eighth year, the Batumi Black Sea Music and Art Festival (BBSMAF) is once again set to bring together classical music lovers, learners, and aficionados from Georgia and beyond. The festival, which for the past four years has enjoyed the patronage of UNESCO, has consistently shown the uniting force of the fine arts, going beyond borders, age and class.

Even a global health pandemic has been unable to stop it.

The festival was established in 2012 by one of the world’s most renowned pianists and UNESCO artist for peace, the Georgian Elisso Bolkvadze, through her charity Lyra. The festival has since grown in stature, and, supported by the Georgian government and the Autonomous Republic of Adjara, regularly attracts talented musicians from around the world.

What makes the festival stand out is its ability to give a platform to young Georgian talent alongside some of the world’s most recognised artists. “It inspires and promotes the love of classical music among young generations,” explains Ms Bolkvadze.

The French methodologist and composer Maestro Michel Sogny, says that it is for this reason that the festival is very close to his heart.

“I have the opportunity to work with young Georgian pianists, who learn and follow my piano method. A number of them go on to become scholars of my Foundation SOS Talents,” he tells Emerging Europe. “I’m observing the development of each young talent; they are growing and evolving in front of my eyes.”

To inspire young Georgians, the festival integrates musical art camps within its programme, where young pupils from all regions of the country can develop their general knowledge, or even have a masterclass with the esteemed Mr Sogny. The opportunity for youth to take part, access the festival, and discover their own creativity is also key to ensuring that the love of music is passed on to the next generation.

For Ms Bolkvadze, this immersive experience is also very important for the youth themselves, “I believe the classical music is vital in forming young generations as it aids their cognitive development, broadens their general intellectual capacity.”

Through the festival, Mr Sogny tells Emerging Europe that he has become very attached to Georgia. “Georgians have a natural gift, they have an amazing sense of music.”

And at the BBSMAF, this natural gift is showcased to the world.

Through the incorporation of Georgian folk music, alongside the likes of Bach and Beethoven, the festival also acts as a cultural interchange, where the richness of diversity is united under the universal love of music.

“The BBSMAF has high potential to become an important cultural diplomacy platform for the Black Sea region to promote and facilitate durable cultural exchanges, and people-to-people activities for peace and stability,” explains Tamar Beruchashvili, a former Georgian ambassador to the UK, and now the country’s permanent representative at the International Maritime Organisation.

Holding the festival in the coastal Georgian city of Batumi, the second largest in the country, accentuates this rich cultural experience. The city is famed for its relaxed seaside ambiance and recent rapid infrastructure development, mixing an ancient heritage with bustling modernism. “The festival introduces this beautiful and culturally rich place to the rest of the world and especially to the international music sphere,” says Mr Sogny.

The festival has previously been held in the enchanting surroundings of the city, centered on the grandiose main concert hall, however the Covid-19 pandemic has this year put a dent in those plans.

Instead, the festival will be presented in a reduced format and without a physical audience, in order to comply with the health and safety regulations of the World Health Organisation (WHO) and the Georgian government.

However, as Ms Beruchashvili says, “Regardless of the format, the show in Batumi must go on!”

Ms Bolkvadze explains that “the festival will be adapted into a special digital project and we will have a live broadcast on the national Post TV channel. During the live broadcast, artists will be joining in from different cities and locations, which will give the audience an opportunity to re-create an authentic concert-going experience.”

This transformation into an online format not only allows the festival to continue, but provides the opportunity to promote an even more global outlook, bringing together music lovers from all over the world.

Georgian perseverance has once again triumphed, allowing its musical talent to be on full display alongside international masters. Mr Sogny believes that the success of the Batumi festival has had a “significant impact” on the way classical music is viewed in the country. Other classical music festivals in Georgia are also becoming successful, highlighting the country’s high appreciation of the art.

For Elisso Bolkvadze, it was this wider cultural significance that meant “there was no option of skipping the festival this year and giving up.”

“With this new format, the festival aims to support the importance and preservation of cultural activities which is so important – especially today. We want to play our small part and offer support to the global cultural movement.”