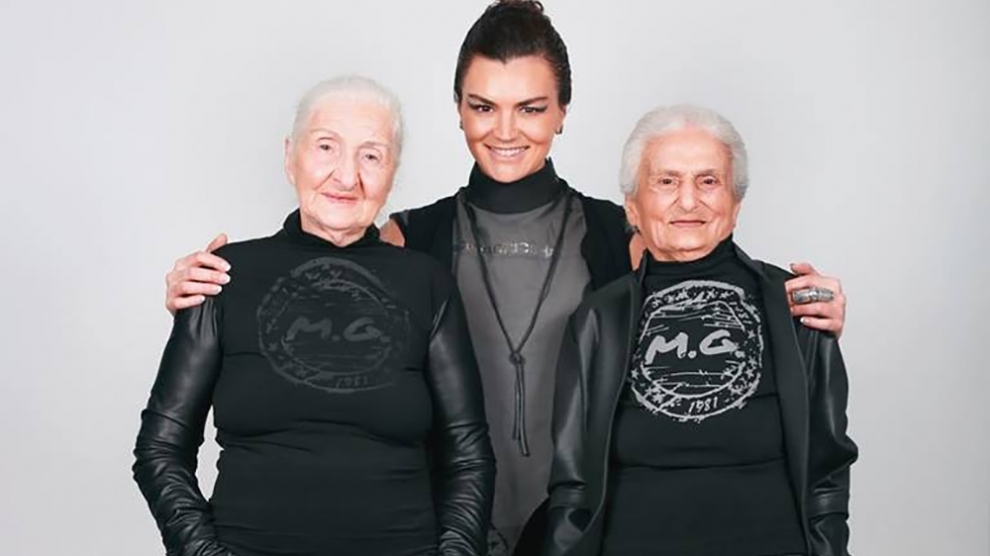 Being retired in emerging Europe is not always easy. Pensions can often be low, and employment opportunities – even part-time – for those over a certain age can be few and far between. In a number of countries, there is simply no place at all for the elderly, who are often forced to retire the countryside in order to eke out an existence as subsistence farmers. Cultural activities can be few and far between.

In Georgia, a country which has recognised that it needs to do more to encourage the active participation of the elderly in everyday economic life, Megi Gabunia, a fashion designer, has decided to make senior members of society the face of her brand, M.G. As such, Angela, 90, and Lamara, a spritely 83, have become models.

Everything started from a random meeting. Gabunia found Lamara quite literally on the street. They talked with each other and she found that Lamara had economic problems: she had no proper shelter, couldn’t afford to pay for necessary medicine and had been left without social benefits. Gabunia made an appeal on Facebook for people to help.

“Besides the social media activity, I decided to make her life happier and suggested she participate in a photo shoot,” said Gabunia. “My other model, Angela, is my own grandmother. I wanted to share and express equal love for both of them. In the beginning, Lamara was a little bit confused, she was concerned about what people might think. But when I told that she wouldn’t be alone, she agreed.”

“I’m a little bit astonished about what I’m wearing at my age, but I like it. I’m happy and proud how people look after me,” said Lamara.

“When I was young, I never had the chance to wear trousers, but I’m wearing them now. When I put my hand in the pocket, I remembered how much I wanted to be a boy. I like being a model and it is great that older people can get involved,” said Angela. 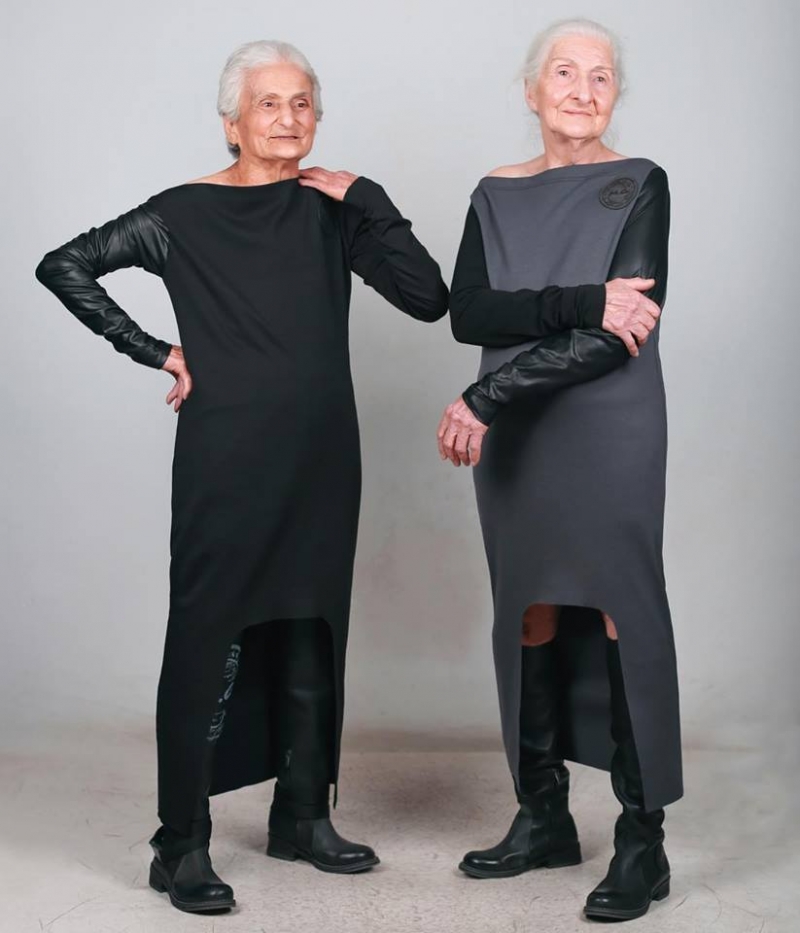 “I don’t want people to view this as simply dressing grandmothers in trousers and modern clothes. I want to show that they need our attention. With this campaign want to demonstrate that grandparents can work in different fields and that all professionals can find a way to involve senior people in what they do,” said Gabunia.

The photo shoot lasted for three hours. During the session both grandmothers talked about different issues and found that they had much in common: both of them became widows at an early age and had to look after small children. They remembered their childhood and how they dressed.

“We were eight sisters and we shared our clothes. Sometimes we were stealing from each other so we could wear our favourite clothes,” remembers Angela.

“I never had a lot of clothes but what I had always fitted me. I don’t know if I was beautiful, but others often said so,” said Lamara.

Megi Gabunia believes that the campaign was the most successful in the history of M.G. She expected positive feedback but says the reaction has been “unbelievable”. She now says that she will continue the project, getting other grandparents involved, especially people who need help and support.