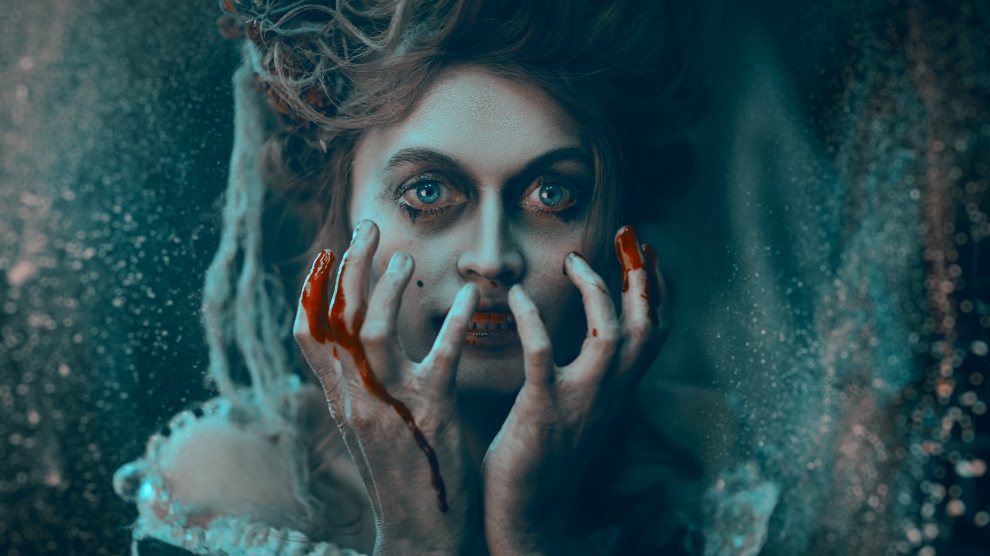 In the contemporary horror pantheon, one creature stands above all others. Undying in myths, and undying in popularity. It is of course, the vampire.

Since the 19th century, the vampire has captured popular imaginations in the western world, and alongside the zombie, forms the backbone of today’s horror media. Books, films, TV shows, video games: there’s no place for the modern horror consumer to hide from the vampire.

Arguably, it all began in 1897 with the publication of Bram Stoker’s quintessential Dracula. However, Dracula was actually preceded by Sheridan Le Fanu’s Carmilla in 1872 and Le Fanu was himself beaten to the vampire punch in 1819 by John William Polidori and his The Vampyre.

But vampires were not always suave and seductive creatures of the night stalking Victorian London. The true origins of the vampire are the Balkans, where belief in vengeful revenants coming back from beyond the grave to prey on the living were widespread and centuries old.

The Balkans are where the modern vampire get their name too. Some variation of the word vampir is present in most Slavic languages from Serbian to Polish. In Romania vampires are known as strigoi and as shtriga in Albanian.

But how exactly did these vampire stories spread from the Balkans all the way to England, and beyond?

In the early 18th century, after Austria gained control of northern Serbia and the Romanian region of Oltenia following the Treaty of Passarowitz in 1718, officials quickly noticed a curious practice among the local population: the hunting and killing of vampires, beings believed to be magically reanimated after death and hell-bent on attacking people by strangulation and blood-drinking.

During this time, there were frequent alleged sightings of vampires across Eastern Europe, in what today has been termed the “18th century vampire controversy”.

Along with sightings was the practice of exhuming bodies of those believed to have become vampires and staking them. While oak was the favourite wood for the stake of Abraham van Helsing, 18th century villagers in Serbia preferred hawthorn, known locally as glog.

Some of the earliest recorded cases of vampirism in Serbia include that of Petar Blagojević, a Serbian villager from Kisiljevo. After his death in 1725, nine more villages died in the following days under mysterious circumstances, usually after a very short illness.

On their deathbeds, the villagers said they were throttled by Blagojević at night. A different version of the tale says that Blagojević returned to his house and asked his son for food. When the son declined, the vampire Blagojević brutally murdered him by drinking his blood.

These events greatly upset the villagers, who sought the help of a local Veliko Gradište priest. The body was exhumed with the Kameralprovisor Frombald, the Austrian government representative, present during the proceedings. Purportedly, Blagojević’s body was found in excellent condition and with blood around his mouth. The villagers proceeded to stake the vampire through the heart, and it is said a large quantity of fresh blood poured forth.

Events surrounding Blagojević and the mysterious deaths he is purported to have caused represents one of the first well documented cases of vampirism in Europe. According to scholars, this incident, which was first reported by an Austrian newspaper and then translated around Europe, became the basis for the the vampires seen later in fictional stories such as Stoker’s Dracula.

Of course, no story about Serbian vampires would be complete without mentioning Sava Savanović, the country’s most famous, or infamous as the case may be, bloodsucker.

Savanović is believed to have lived around the same time as Blagojević, although the exact timeline of events is blurry. The Savanović legend persisted for a long time in the region of Bajina Bašta, where it is believed that he lived in an old watermill in the village of Zarožje. He would, as vampires are wont to do, attack hapless villagers and drink their blood.

The Savanović legend is actually not as well documented as the Blagojević incident, but his infamy comes from being the subject of Milovan Glišić’s 1880 short story After Ninety Years, which introduced the legend to a wider audience. Glišić’s story is also one of the first examples of horror fiction in Serbian literature. Then, in 1973, Đorđe Kadijević’s made for TV horror film Leptirica cemented Savanović’s status as the most famous Serbian vampire.

In modern times, vampire sightings are few and far between, but from time to time, there are still reports of people in small villages being terrorised by a revenant from beyond the grave.

Petre Toma was a Romanian man who died in a village near the southern city of Craiova shortly before Christmas in 2003. By February, his niece was claiming that she was being visited by her late uncle. A vampire hunting party was quickly formed, which, after a few drinks, decided to dig up Toma’s body and take out his heart. According to local tradition, after the heart is taken out, the body must be burnt, the ash mixed with water, and then drunk.

Members of the hunting party were arrested by police and charged with disturbing the dead. They were sentenced to six months in jail and had to pay damages to the family of the deceased.

From terrorised villagers such as those in a backwards part of Romania to blockbuster movies, the vampire’s hold on popular culture doesn’t show any signs of abating. Quite possibly Eastern Europe’s most successful cultural export, vampires are alive and well.

Kazakhstan has grown up, Borat hasn’t
The Gorani: A mountain community caught up in a diplomatic row
Comment