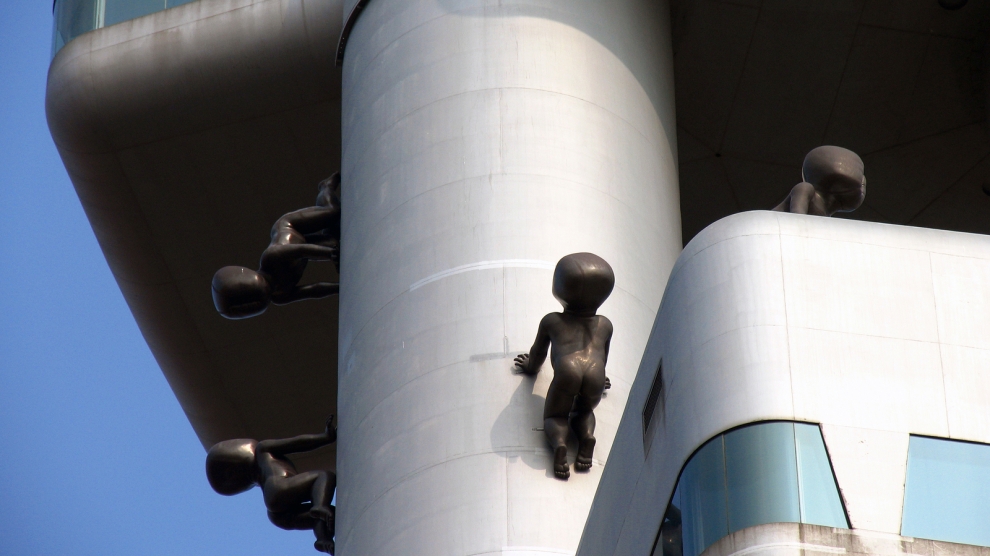 A new exhibition opened at the Czech Centres Gallery in Prague on April 18, depicting post-war architecture in the formerly socialist countries in CEE. The exhibition, called Iconic Ruins? Post-war Socialist Architecture in the Visegrad Countries will run until May 15.

The exhibition focuses primarily on politically prominent public investment projects and looks at where the ambitions of power and the creative ideas of architects connected and where they clashed.

“The Iconic Ruins? exhibition seeks to reveal the parallels to be found in the architecture of the four Visegrad countries’ shared state-socialist past and to initiate a broader discussion of the immediate future of the critically at-risk cultural heritage of late modernism. The exhibition is part of a large European project titled Shared Cities: Creative Momentum, aimed at mapping the shared history of socialist architecture in Central Europe,” reads the gallery’s website.

Petr Vorlík, a lecturer of architecture at the Czech Technical University in Prague and one of the exhibit’s curators told Radio Praha that: “the term socialist modernism is used to encompass the communist era architectural styles stretching from 1945-1989. This architecture seems to be quite fragile, because of exposed concrete, grass curtain walls and sensitive materials inside these buildings. This is why it is quite a complicated period for these buildings now.”

These types of buildings have become a prominent topic of late, as for a large part of the population these post-war buildings bring with them memories of lives impacted by the communist regime. However, attitudes seem to be changing.

“Of course they [my students] were born after the Velvet Revolution, so they have no bad memories of the communist era. They simply perceive it as great and creative architecture, a sort of testimony to human creativity,” explains Dr Vorlík.

Depending on the decade, the buildings took on different forms, partly due to what was popular during that time and also due to the availability of materials.

“In the 1950s it was influenced by socialist realism from the Soviet Union as well as a poor economy. Steel was very expensive and modern technologies could not be used. This is why 1950s architecture is more traditional, with wooden windows and roof tiling. in the 1960s, when our country, as well as the whole of Eastern Europe, was more open and free, Czech architects could travel and study abroad. There was a kind of competition between East and West to show that even socialist central planning was a success, so they tried to compete in this international style that was typical for Western architecture. That is why our architecture during this period was more experimental, modern and bright,” explains Dr Vorlík.

Another curator of the exhibit is Polish art journalist and architecture historian Anna Cymer. She told Radio Praha that “office buildings in Berlin, Paris, Dubai and elsewhere are just the same. In this post-war period there were architects, artists that were thinking of buildings as a three-dimensional structure. In this exhibition we can see a lot of buildings that are more a sculpture than a normal building and I find that fascinating. That is something that is shared in this architectural period across all of the V4 countries.“

As Ms Cymer explains, when she began here career “nobody even cared about inter-war architecture. However, I would say that in the past five years, a real boom started. It is connected to the fact that a number of monographs on architects were published.”

The increasing interest in post-war architecture is may help to preserve communist-era buildings, but in our modern world they need to be repurposed, which in no easy feat. However, as Dr Vorlík points out, it is not impossible.

“We need references to buildings from this era, which have been successfully converted to fit our contemporary lifestyle. Then we adopt these examples into our general approach towards keeping these buildings in use. This need is the same everywhere,“ he concludes.