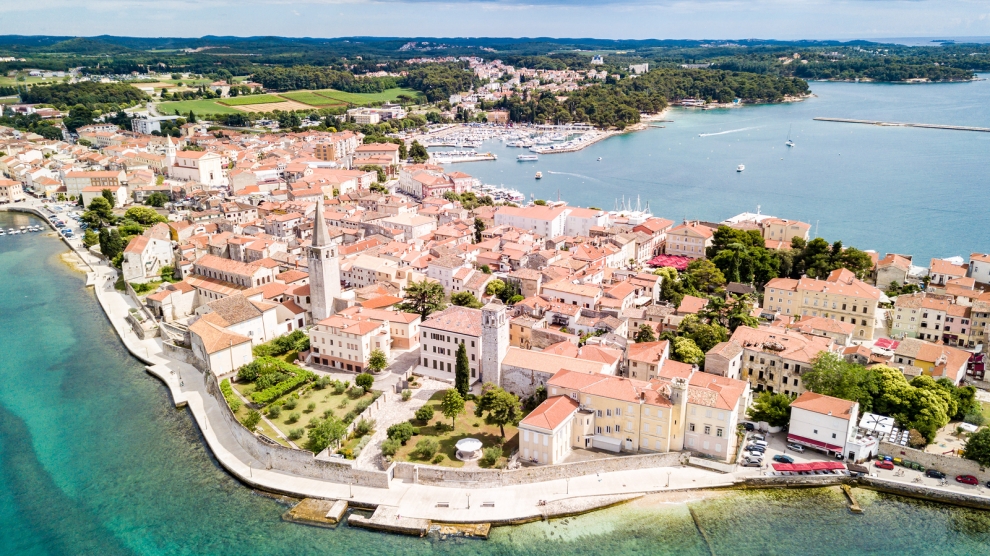 More and more Hollywood producers are choosing Central and Eastern Europe to shoot their movies. And it is not only because of the low taxes. The landscapes are truly amazing. And while Game of Thrones face might recognise Dubrovnik as King’s Landing, it is now the turn of Istria. With its little towns, narrow streets and luxurious boats down at the docks, the Adriatic’s largest peninsula is perfect for a spy-action movie like The Hitman’s Wife’s Bodyguard.

The film stars Ryan Reynolds, Salma Hayek and Samuel L. Jackson, together with Morgan Freeman, Antonio Banderas, Richard E. Grant and Tom Hopper. The cast will spend 49 days in Croatia, filming through the months of April and May, employing over 200 production crew members and 750 extras.

According to the stars’ Instagram profiles (which I must admit I do not check on a daily basis), Salma Hayek was spotted in Rovinj, catching Easter bunnies and tasting truffles. I can’t say anything about truffles (I am allergic to the tasty tuber, unfortunately for my pleasure but luckily for my wallet), but I can definitely agree that Rovinj is a beautiful town. It was built on an island, connected to the mainland much later, so from every little street, it is possible to spot the sea: behind an arch, a wooden door, a sloping stair. Humans seem to have built wherever they could with cafe tables that look as though they are about to fall into the water. And the view from the top of the hill, where the Church of St Euphemia stands, is stunning, overlooking at the harbour and a myriad of small islands.

Samuel L. Jackson posted a picture with the Colosseum. Wait. Better to say the Arena of Pula. Built between 27 BC and 68 AD, it is today the only remaining Roman amphitheatre to have four side towers and with all three Roman architectural orders entirely preserved. A treat to see.

Poreč is a miniature town. Everything looks perfect, like an expressionist painting: the boats resting in the marina, the seagulls diving into the water for fishing, local shops selling hand-made souvenirs. You can also breathe a little bit of history in the city centre, in the Euphrasian Basilica, on the UNESCO world heritage list since 1997.

And second, third, fourth etc., he might have added.