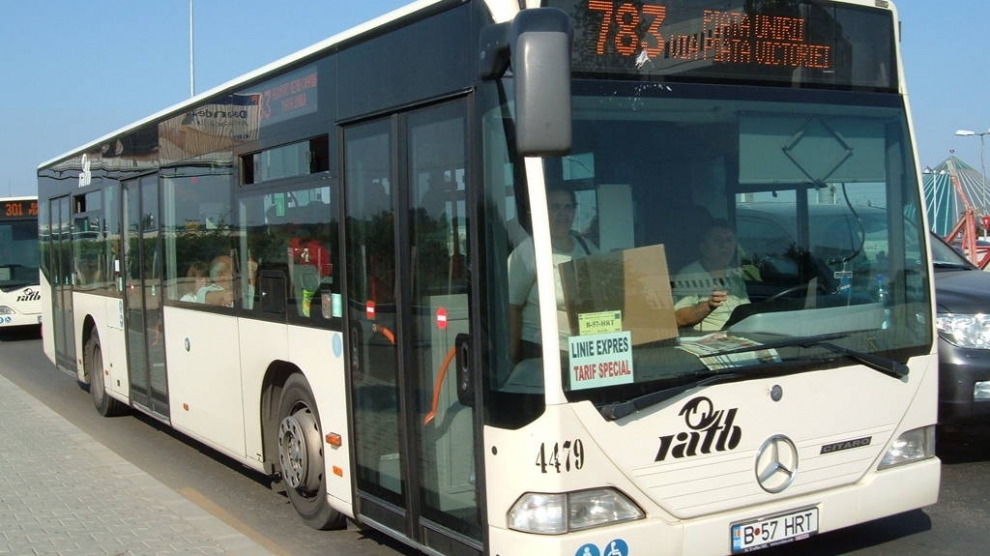 Don’t take this the wrong way, for in general I love Bucharest’s public transport system, really I do. Once again this winter RATB (or, as it is now officially known, STB, the company which operates surface-level public transport in the city) has proven to be one of the city’s few institutions that can genuinely be relied upon to come up with the goods and keep the city just about moving when it all goes a bit Doctor Zhivago.

Certainly, the purchase last year of 30 new buses from one of the world’s lesser-known passenger vehicle companies (Otokar, of Turkey) was questionable. Since they came into service at the end of last year there have been numerous cases of the shiny new blue vehicles breaking down, so many in fact that RATB’s management have ditched the word defect (which needs no translation) from its vocabulary. (Previously, buses which were returning to their depots because they had mechanical issues displayed the word defect to let passengers know the vehicle was not in service. The word has now been deleted from the list of words that can be displayed).

Although a number of its services could run at more frequent intervals, given the vast amounts of people who use public transport in Bucharest every day, and taking into consideration the paltry budget that RATB has to work with and the cheap price of tickets, I can’t really complain too loudly about Bucharest public transport.

Which is more than I can say for some of the people who use it.

Specifically, people who insist on standing next to the door in order to be the first off a bus.

I have, over the years, slowly come to understand many things about life in Bucharest (and Romania in general) which initially appeared bizarre, from eating smoked pork fat – slănină – which took more than 15 years for me to learn how to appreciate (I now love it), to why so many Romanian mothers dress their babies in thick woolen hats in the middle of summer. (Fear of the all-powerful curent, obviously).

A few things remain mysteries, however, from the obsession with fireworks to why addresses are so complicated. (Why do blocks have a street number and a block number?)

But after a particularly fearsome scrum on a bus this week, the bizarre mystery I want resolved right now is the insistence on being first off.

I call it Early Doors Syndrome.

For the uninitiated, here is a brief look at the symptoms.

When boarding a crowded bus, Romanians suffering from Early Doors Syndrome will stand as close to the exit as possible, usually in such a way that makes it difficult for anyone else to climb aboard and stand between them and the door. Those sufferers who – through a momentary lapse of concentration – forgot themselves and sat down a good two or three metres from the nearest door will usually come to their senses sooner rather than later, rising suddenly from their seats to squeeze through the crowds in order to stand as close to a door as possible.

Even those who at first appear immune to Early Doors Syndrome will soon reveal themselves to be suffering from a form of Tourette’s, compulsively saying Coborâți la prima? (Are you getting off at the next stop?) to those people standing between them and the nearest door (even if they are nowhere near the door).

The correct answer (well, the answer I like to give anyway) is ‘Nu, și de fapt am intentia de a rămâne fix in locul acesta ca sa-ți blochez drumul spre usa.’ (No, I am not getting off, and in fact I intend standing right here so as to block your access to the door).

It usually takes a minute or two for the sarcasm to register.

Harsh? Perhaps. But I dislike the whole Coborâți la prima? thing so much that I feel compelled to make people realise how pathetic they are. In my opinion, it reveals the dreadful opinion Bucharest’s commuters have of each other. Basically, that they do not think people will afford them the simple courtesy of making way for them to get off a bus. That’s rather sad.

Unless of course they are indeed all trying to win some prize I do not know about which is awarded to those who can get off a bus in record time.