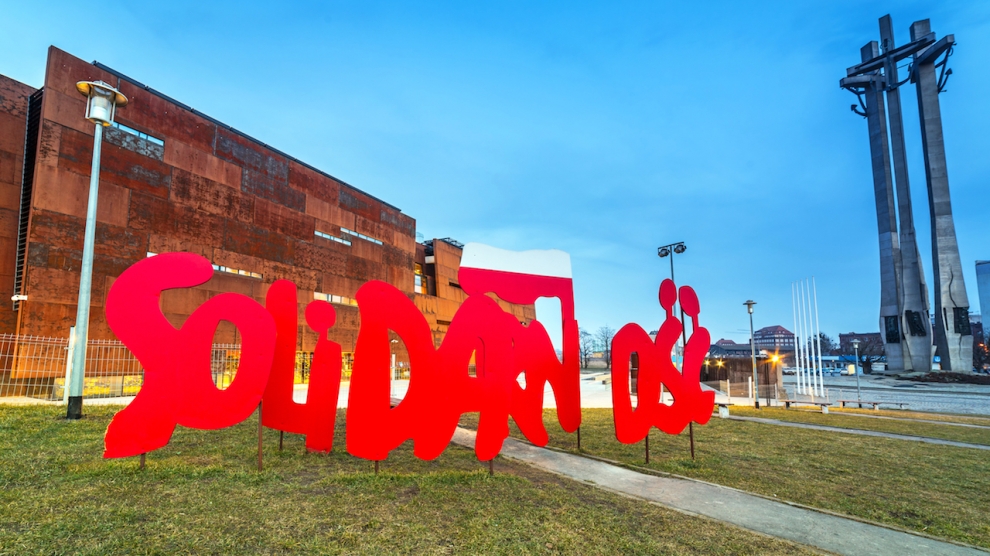 Over the last quarter of a century, the region of Central and Eastern Europe has undergone a huge transformation in all possible fields with a special emphasis on the economy, politics and social affairs. The transformation is not yet complete, so the shape of the CEE countries is still changing rapidly.

Lech Wałęsa, the first freely-elected president of Poland, the co-founder of the Solidarity Movement and a Nobel Peace Prize winner in 1983, talked to Nikodem Chinowski about economic and social transformations in the CEE, the future of the Visegrad Group and NATO and about his concept of introducing the globo-dollar as a worldwide currency.

The Solidarity Trade Union was founded in September 1980, exactly 36 years ago. Ten years later, in December 1990, you were elected President of Poland; a year and a half after the ‘so called’ Round Table negotiations between the opposition and the communist government, which started the transformation process in Poland and its surrounding region. What is your overall assessment of the economic and social transformations that have taken place in the countries of Central and Eastern Europe?

Over the last few years, our region has seen incredible progress. I am sometimes afraid to leave my house, in my hometown Gdansk, as I am not sure if I’ll be able to find my way back — everything is changing so rapidly.

But speaking more seriously, under communism some 50 years would have had to pass to achieve what we have achieved in just the last ten years. However, these are still only changes in urban infrastructure. I feel that not enough change has taken place at the individual level. This aspect has been neglected. What we need to do now is to improve the material situation of ordinary citizens. This will mean that they could not only see the changes that have been accomplished, but that they could also benefit from them.

Which countries in the region have made the best use of the last two decades?

The processes that have taken place look rather the same, everywhere. I once made the comment that the larger the country is the greater the problems that exist in reforming and transforming a country. Smaller countries may balance their economies faster and, as a result, may see the effects faster. This clearly reflects the difference between the smaller countries — such as the Czech Republic, Hungary or Slovakia — and Poland.

Do you see any differences in the standard of living in those four countries?

In order to see and compare the differences, one would have to live in each of these countries. From a distance, you can only compare data and indicators. You have to believe this data shows that progress has been made everywhere. At the same time not all of these ordinary citizens’ problems, of which I spoke earlier, have been overcome, everywhere.

Why was Ukraine not able to take the same path of development as the other former USSR countries, like the Baltic States did, for example?

Ukraine is the largest country in the region, with the largest population. Their task was the toughest to accomplish. It is also important to remember that the Soviets used to treat their satellite countries differently. After obtaining their independence, Belarus and Ukraine were the most dependent on the Russian economy, therefore their separation from Moscow’s influence is more difficult now. Russia also supervises them more and interferes more with their integration into Europe. We, in Poland, were a bit further away from Russia and had an easier conversion to European standards.

We must also remember that Ukraine stayed in the “system of happiness” longer and deeper. After obtaining full sovereignty from the Soviet Union there were not many people who had enough experience with liberty, with a free market or democracy. In Poland, at the beginning of reforms, we had the right people in place, who remembered democracy and a different economy. For Ukraine it was much more difficult to reform, because they had no proper knowledge — apart from books — of how life looked in a democracy; in a free country with a free market.

Do you think, now, that the mass migration of Ukrainians to Poland and Hungary is a positive stimulus for the receiving countries?

The receiving countries may be beneficiaries, but they need to be better prepared for such an influx. Poland is not well prepared and does not use this immigration to its full potential. Educated Ukrainians get low-paid jobs, well below their qualification levels. They take those jobs because they have to, but the host countries could make better use of their potential. When technical specialists or doctors work in horticulture or agriculture it is not the right solution for both sides. To have better results one needs to sort out this issue in Poland, then it will be easier to reap the benefits that can come from immigration.

How do you assess the impact of a reverse direction of migration? I’m talking about Latvians, Lithuanians and Poles who emigrated to the United Kingdom, the Netherlands or Germany. May our region reap and rewards from this process in the future?

In Western countries they have older systems of capitalism; systems they have mastered better and so they are able to make better use of human capital. Although this is not completely true everywhere, because many Eastern Europeans — educated and skilled people — still work in kitchens.

Here the question arises: is it is better to allow these people to go to gain experience or to hold them in the motherland? I had this problem during my presidency when a young Pole came to me and said that he had got a scholarship to the United States and didn’t know whether to go or not. I told him that he needed to make the decision himself, but that I would prefer that he went there to grow, rather than stay in Poland and become unemployed. Now these trips are much easier because the borders are open and you have to use this. You may serve your country from anywhere in the world, you do not need to be on site.

Do you see any point in continuing the Visegrad Group, in its present form?

We, that is the region, are still catching up with the West and we are still learning how to take care of our own interests. Western countries are better tuned in to this and understand each other better. They have worked together for decades. This is the difference between Western structures and the Visegrad Group.

I think we should work together and connect in every possible way, so we can discuss matters, jointly, with the West. This increases the possibility for obtaining mutual benefits. Individually, we have less power. On the other hand, one must always remember that any alliances cannot change the main direction in which the country is going. So, together, but carefully.

Is this the same, as far as economy is concerned? Should the rest of the Visegrad Group join Slovakia and adopt the common euro-currency?

I am in favour of the concept of a globo-dollar. After the end of the euro in Europe, the next step must be the introduction of a globo-dollar. The whole world should have one currency. Of course, for this you need to prepare and to tune your economy so, for now, we should focus on an even greater integration of the euro.

If the concept of the euro is destroyed, then 15 minutes later there a new euro must be introduced or a new monetary union. Of course, any new-euro project must exclude the possibility of another break-down. I have been suggesting such an idea to Germany, France and Italy for 20 years — be prepared so that if someone threatens the euro you can immediately set up a new monetary union.

So, doesn’t having their own currencies give CEE countries a political and economic power?

Let’s move back to Ukraine for a bit. What is your view on the policy of the expansion of NATO? Montenegro has recently been granted an “observer” status pending ratification by the governments of the other members which is expected to be completed by spring, 2017. Should the pact be expanded to other countries particularly Georgia and Ukraine?

The concept that I have been proposing since the 1990s, is to enlarge the NATO structures as much as possible, whilst simultaneously minimising the power of the other side. Once the ratio of forces is 10:1 we should propose a disarmament, to show them that we are not at all interested in confrontation. NATO troops are needed, but for other, less military-related tasks.

That is my idea. Will it be implemented? Probably not entirely.

Does CEE continue to lag behind compared to the West, in this area of political life?

They have the same problem, in the West. Look at the United States — Donald Trump is leading the polls. Why is that? He makes sharp attacks, says stupid things and people believe him.

Would Trump’s victory in the US elections be unfavourable for Central and Eastern Europe?

Again, yes, and no. Nations need to wake up. If they are awake, and scared about aggression they will get down to work. When something goes wrong one needs to fix it and put it back on the right track.