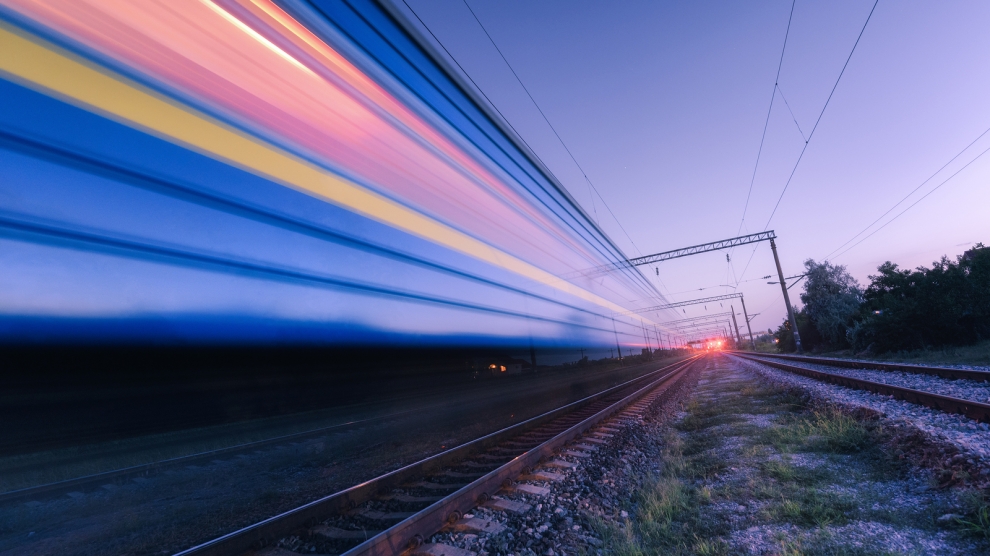 Across Western Europe, night trains – apparently killed off just a few years ago by low-cost airlines – are making a comeback, as a more environmentally-friendly generation of travelers looks for alternatives to flying.

In January, Austrian Federal Railways (ÖBB) – one of the very few Western European rail operators that never gave up on overnight routes – introduced a Vienna-Brussels Nightjet service, and a connection from Vienna to Amsterdam will follow next year.

By 2022, all night trains operated by ÖBB – which runs what is now Europe’s largest network of overnight services – will feature en-suite showers for sleeper cabin guests, plus ‘mini-suite’ couchettes that look much like Japanese pod hotels. ÖBB, it would appear, wants to make train travel glamorous again.

Sweden is also pushing train travel: the Swedish government last year announced that it will fund the creation of overnight train services from Sweden to the European mainland, pumping 50 million kronor (4.72 million euros) into creating night links by train to major European destinations, as part of a drive to give Swedes more low-carbon ways to travel long distances.

In emerging Europe, news of the revival of the night train has come as something of a surprise, given that in much of the region night trains have never gone away, and continue to rattle their way along the tracks, much as they have for several decades, from Budapest to Bucharest, Sofia to Istanbul, Prague to Kraków, Bucharest to Chișinău.

There are internal night trains too, not the least of which is the magnificent Zagreb to Split service in Croatia. Romania has several night train services, from Arad, Bistrița, Botoșani, Cluj, Oradea, Satu Mare and Timișoara to the capital Bucharest. For many people they are a necessity.

I personally use them a lot, most recently the sleeper from Satu Mare to Bucharest. Glamorous it is not.

Tickets are not cheap: 366 lei (76 euros) for a berth in a two-person compartment. If you want to make sure that you have the compartment for yourself you need to pay a supplement of 160 lei.

What do you get for your money?

The distance (by rail) from Satu Mare to Bucharest is 746 kilometres, with the journey scheduled to take a whopping 15 hours 38 minutes (an average speed of just over 47 km/h). Yet even such modest speeds as these can sometimes be difficult to keep up. The journey often takes a lot longer, although we must admit that on our most recent trip the train arrived in Bucharest an unprecedented two minutes early.

The frequent delays would be understandable if Romania’s railways were a busy, bustling hive of activity, with thousands of trains coming and going from Bucharest’s Gara de Nord each day. In fact, there are fewer trains on Romania’s railways than ever, and little over 200 trains arrive at or depart from Gara de Nord every day. That the railways are close to capacity and resources overstretched is not, therefore, a viable excuse.

You do not get much in the way of comfort for your money. The sleeping carriages on most Romanian trains are old and in serious need of reconditioning (or replacing altogether). CFR (Romanian Railways) do have some modern sleeping coaches, complete with air conditioning that works, heating that does not fry passengers and with toilets and showers in every compartment. These, however, are few and far between, mainly used on the Bucharest-Cluj and Arad/Oradea routes.

Alas, the carriage we were lumbered with on our trip back from Satu Mare was one of the older sleeping coaches still in use. From the outside it didn’t look all that bad, but then – to steal a line from a particularly good episode of the timeless British comedy series Only Fools and Horses – that’s what the Christians said about the Colosseum.

Inside, the first thing which hits you is the heat: the carriages were hotter than your average oven. Preferable, perhaps, to freezing (we have suffered before on Romanian trains that had little or no heating in the middle of winter), but only marginally so.

Each compartment in the sleeping wagon comes with two beds, kitted out with crisp, clean sheets and comfy pillows: if we have one word of praise for Romanian sleeping cars it is for the always impeccably turned down beds.

You also get a sink, which rather optimistically has both hot and cold taps. As you might imagine of course, irrespective of which tap you turn on, the water is either cold or – if you are lucky – lukewarm.

There is also an electrical socket which, while clearly labelled as being only for razors, can be used for just about anything. We have charged phones and used laptops with these plugs and nothing has yet blown up or caught fire.

You also get a little travel pack containing a bottle of mineral water, a toothbrush, some toothpaste, soap and some hand towels. Passengers also get the free use of two coat hangers throughout the duration of the trip.

Finally, there is the unavoidable issue of the toilet.

These, in our experience, vary from merely awful to outright disgusting. Fortunately, the toilet we had to use on this particular trip was of the merely awful variety. It flushed properly and was even stocked with both hand towels and loo roll (we had, of course, brought our own: only beginners board a Romanian train without any toilet paper).

There were, in fact, two toilets in the carriage: one also had a shower. It looked far from inviting and we passed on the opportunity to use it.

Flying from Satu Mare to Bucharest is slightly cheaper and – it goes without saying – far quicker than taking the train. For all their faults, however, I have always preferred trains to planes and will continue to use them wherever possible. I simply love falling asleep in one place and waking up in another.

And yet while it is wonderful that we still have so many night trains in emerging Europe, it would be nice to see some real investment in them. They need to offer a viable option to flying: that means investing in new sleeping wagons with en suite facilities that will allow business travelers to arrive refreshed and ready for a day’s work.

It also means investing in infrastructure, so that journey times can be reduced.

ÖBB’s persistence in keeping sleeper services running while other western European operators closed routes has proven that there is a bright and profitable future for night trains. Emerging Europe’s railway companies – while being commended for keeping the sleepers on the rails – need to follow their lead and invest in rolling stock that will be a pleasure to use.

Travelers – and the planet – will be grateful.

A seriously hip guide to Belgrade
Stories of Coexistence: Emerging Europeans share their experiences of living with large carnivores
Comment