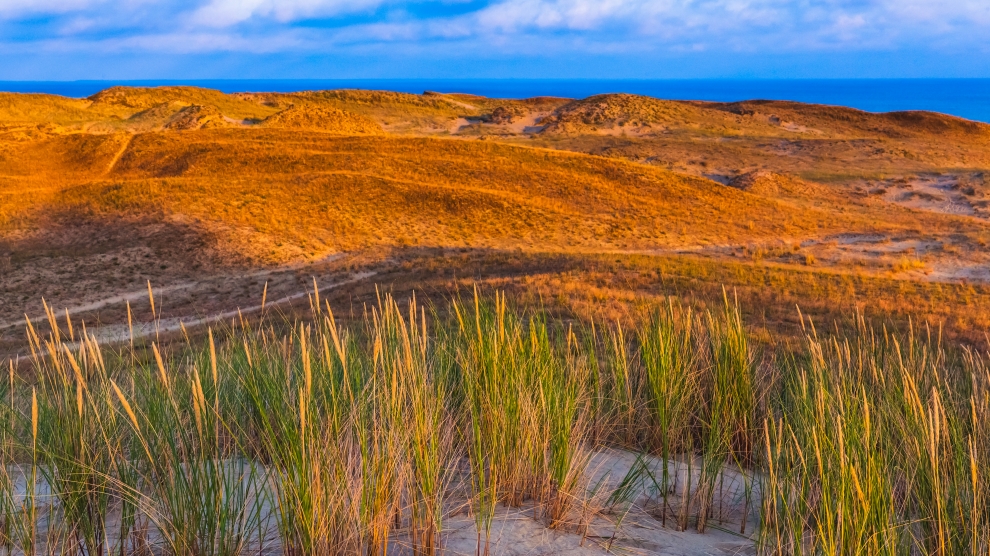 Lithuanian tourism has come a long way since independence, but more needs to be done to promote the country's many gems, particularly those located outside the capital.

Lithuania’s capital Vilnius raised more than a few eyebrows this past summer when it launched one of the most original but daring tourism campaigns not just in the country’s history, but in the history of travel marketing.

“Nobody knows where it is, but when you find it – it’s amazing. Vilnius: The G-spot of Europe.” Accompanying posters featured a young woman lying on a map of Europe with her hand gripping Lithuania, her eyes closed in ecstatic bliss.

“Few people know where Vilnius really is, but when they arrive they fall in love with the city,” said Jurgis Ramanauskas, one of the team of creative students who came up with the campaign. “This insight came from our conversations with international visitors, and we formulated the idea that Vilnius is synonymous with the G-spot theory – nobody knows where it is, but, when it is discovered, everyone is very pleased!”

Remigijus Šimašius, mayor of Vilnius, believes that the campaign was important for raising awareness about a city which can often fly under the radar of many potential visitors.

“When I welcome international visitors to Vilnius, whether they are investors, journalists or representatives of official delegations, I’m so often told that their first-hand impressions far outweigh their expectations,” said the mayor. “On the one hand, this assessment is very pleasing to hear, but on the other hand, it indicates that the perception of Vilnius needs to be dramatically improved to match with the reality.”

Despite much controversy, including criticism from the Catholic church, which claimed that the campaign used women’s sexuality for advertising and gave ‘wrong ideas’ about Vilnius, it quickly went viral and generated tens of millions of euros worth of publicity around the world.

Inga Romanovskienė, the director of Go Vilnius, the city’s tourism and business development agency, defended the campaign: “When it comes to attracting the modern tourist we’re dealing with a very high level of competition with other European cities and countries investing heavily in destination marketing. The young creatives who came up with Vilnius; the G-spot of Europe presented an extremely engaging idea to drive interest in the city.”

It’s not the first time however that Lithuania has dared to make bold claims. Back in 1998, on one of my first visits to the country, a huge billboard greeted visitors at Vilnius airport with the words: “Welcome to the style capital of Europe.” This at a time when Vilnius was still very much a rather bleak, post-communist country coming to terms with its transition to a market economy. Calling itself the style capital of Europe was a stretch, to say the least. But it showed ambition, and that ambition has, at least in part, paid off. The country’s two major cities, Vilnius and the former capital Kaunas, while not yet enjoying the numbers of visitors seen in neighbouring Riga and Tallinn, are increasingly popular with visitors from all over Europe.

“Vilnius is now regarded by many as a great city-break destination,” says Inga Romanovskienė. “We certainly see tourism together with a well-developed convention and meeting industry as playing an important role in our city’s broader economy.”

Matthias Luefkens first visited Lithuania in 1990, when it was still part of the Soviet Union. “I loved it, and immediately wanted to live there,” he tells Emerging Europe. He returned in the autumn of 1991 to do just that, as a freelance journalist working for the AFP, amongst others. The following year, along with three Belgian friends, he published a guide to the city, Vilnius In Your Pocket.

“That’s a good question,” he says, when I ask him who the guide was for. “There weren’t many tourists around. I guess we just published it for ourselves, and for our friends. At the time there wasn’t even a telephone directory. I am happy that the guide survives to this day, and that there are In Your Pockets all over the world. That was always the dream we had, and it began in Vilnius.”

In that first guide to the city Luefkens managed to find just 16 hotels and places to stay. “The cheapest option was a converted railway carriage where you could find a bunk for one US dollar a night,” he says, before correcting himself: “Actually, it wasn’t converted. It was just a railway carriage. But that changed quickly. A lot of small places, bread and breakfasts, began opening up, often owned by returning Lithuanian expatriates.”

Vilnius today offers hundreds of hotels, including some which are part of the largest chains in the world. But there are plenty of local players on the market too, and one, the Europa Group, founded in 2000, has expanded beyond Lithuania’s borders, with properties in Latvia and Romania.

“Vilnius is currently experiencing a hotel boom,” Ms Romanovskienė tells Emerging Europe. “Five new hotels have opened in the city this year, including the first Marriott in the country and the atmospheric five-star Hotel Pacai, which is part of the Design Hotels brand. Moreover, the Radisson Blu Lietuva was expanded to become the biggest hotel in Lithuania. Up to 10 new hotels will be opened by 2022, including a Hilton, a Clarion and a Radisson Red, increasing the number of guest rooms in the city by 25 per cent. As the sector continues its rapid expansion, many more investment opportunities will appear.”

Not counting day-trippers (primarily those on short shopping excursions from Belarus) Lithuania as a whole welcomed just over 1.5 million foreign visitors 2017, a healthy 4.3 per cent increase on 2016, but still modest in comparison with the other Baltic States (Latvia saw more than a million more visitors). While the largest number of visitors still come from Russia – almost 16 per cent – the biggest increase was seen in arrivals from the US, up 21 per cent on 2016.

For those numbers to increase further, it’s not just marketing that is needed: better air connections are a must.

Lithuania has been without a national airline for a number of years, since flyLAL, the flag carrier, suspended operations in 2009. Local investors set up Air Lituanica in 2013, but after two years of poor results it too went bust, in 2015.

Part of the problem is a lack of capacity at Vilnius International Airport, which forces some international airlines to send flights to Kaunas, and not the capital.

The Soviet-era terminal at Vilnius, built between 1949 and 1954, is a listed building and offers little scope for enlargement. Rokas Masilius, Lithuania’s transport minister, recently advocated de-listing the building, which would allow for its demolition and the construction of a newer, larger terminal.

“Removing that old terminal from the heritage list would be an important political step so that we could demolish and build a new modern arrivals terminal,” said the minister. “We want people to feel as though they have arrived in a modern country when they land in Vilnius, and not see this peculiar building which does not represent us as an innovative country.” The minister wants to see a new airport in Vilnius by 2030.

However, there are voices in Lithuania who would like to see the more-central Kaunas airport developed instead, seeing it as being more beneficial to the country as a whole, and better for the development of the tourism industry outside of Vilnius, not least what often gets called the Lithuania Riviera.

While the Baltic Sea may not be as warm as its southern brethren but the oft-deserted beaches of the glorious Curonian Spit are amongst the widest, wildest and sandiest in Europe. Even during high summer you need not worry about somebody knocking over your sandcastle on the endless stretches of white beach, although as Ruta Sutkaitytė, who runs a popular guest house in Nida, tells me: “the wind might.”

Arguably Lithuania’s most exclusive destination, Nida is a small resort close to the Kaliningrad border famed for its wooden houses. An artists’ colony in the late 19th and early 20th centuries, Nobel Prize-winning writer Thomas Mann had a home here. And yet while the deserted beaches are undoubtedly part of the attraction for those seeking a different kind of holiday, they also demonstrate how much more needs to be done to promote the country to potential visitors.

According to the World Travel and Tourism Council (WTTC), the direct contribution of travel and tourism to Lithuania’s GDP in 2017 was just 736.1 million euros, 1.9 per cent of the country’s total GDP. While this is predicted to grow to 2.7 per cent by 2027, both Latvia and Estonia can already boast travel and tourism contributions to GDP of four per cent.

“We are a niche destination,” says Ms Sutkaitytė. “There are plenty of Lithuanians who have never been to some of our most treasured sites.” She loved the G-spot campaign but is irked that Vilnius still gets most of the country’s attention. “There is more to this country than Vilnius, and we need a better national tourism strategy to reflect that,” she says. “We could also try and encourage Lithuanians to holiday at home a little more. How can we persuade foreigners to come here when not even we have learnt to appreciate everything that we have?”