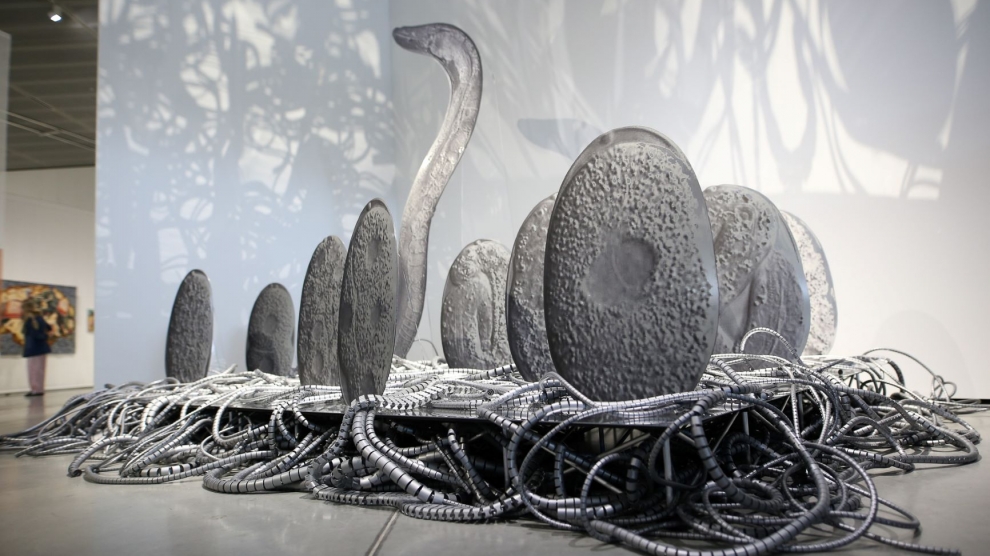 Can you imagine how animals feel around us? Would like to sing in the language of flies? Have ever thought about how robots will one day control us – just like we imagine that we have conquered the animal world? Are you ready for a “hybrid society”?

Designed by Daniel Libeskind – one of the worlds’ most prominent architects and creator of the World Trade Centre master plan in New York and the Holocaust Museum in Berlin, the MO Modern Art Museum in Vilnius opened its doors last autumn and was immediately recognised as one of the top five museums for 2019 by Architectural Digest.

Now, having broken attendance records for private museums in the Baltic region during its first few months of operation, MO has opened its second major exhibition: Animal – Human – Robot.

“What have animals and robots become in our lives, and what role do we play in theirs? Our relationships with other life forms and artificial intelligence say a lot about us as human beings, so we have invited artists to help us explore these experiences,” says MO director Milda Ivanauskienė.

An important focal point of the exhibition is the work of German artist Hito Steyerl, in 2017 named most influential contemporary artist in the ArtReview Power 100 ranking. Her work has been shown at MoMA in New York and in London and Madrid galleries; she represented Germany at the 2015 Venice Biennale and is the recipient of important Dutch and Danish art festival awards.

This exhibition features Steyerl’s piece Liquidity Inc, in which the artist uses the analogy of water to speak about migration, Internet data dissemination, and financial crisis in order to explore how human beings adapt to challenges. 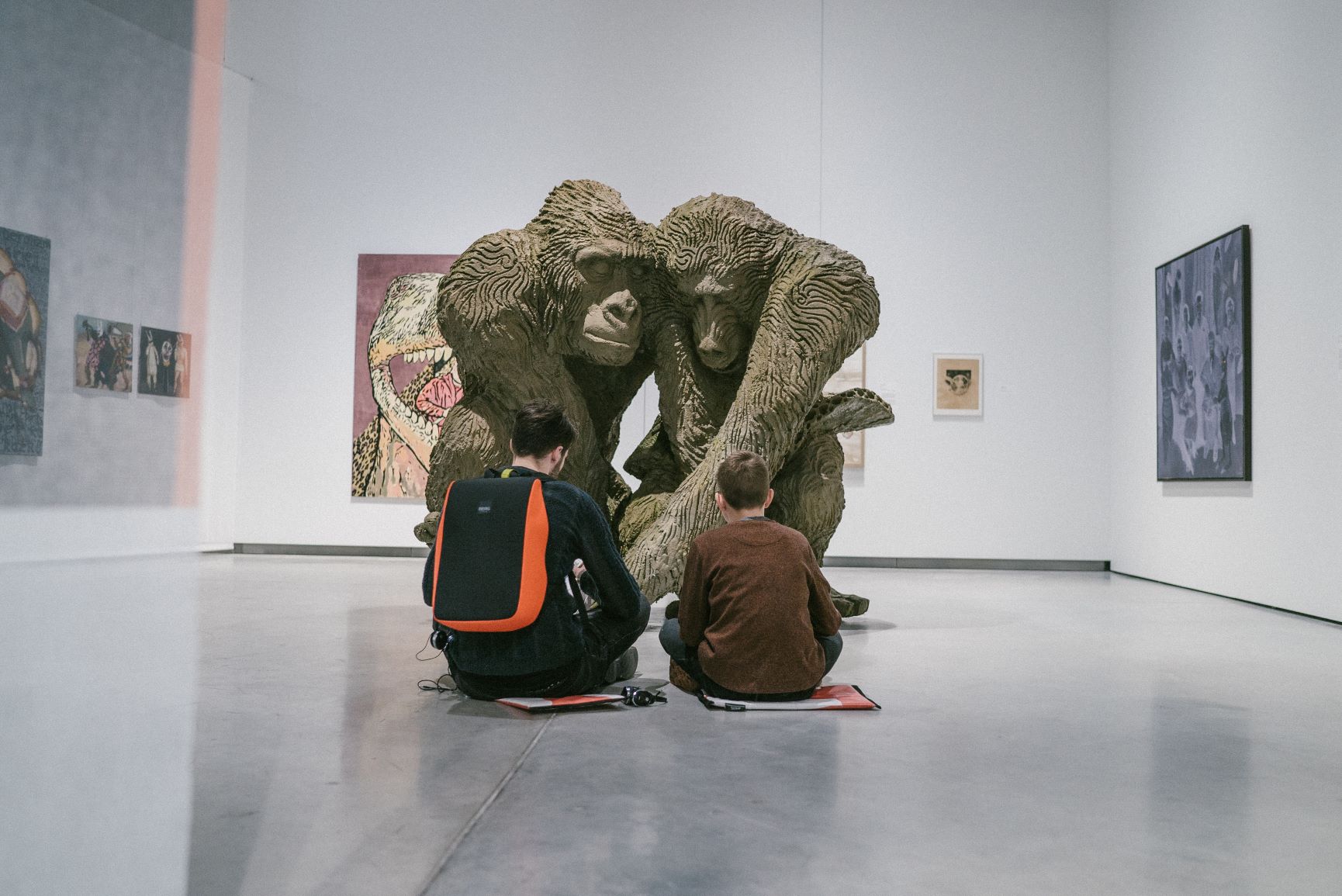 The core of the exhibition is made up of the MO Museum collection – a treasure trove of Lithuanian art from the 1950s to the present day. A total of 170 works are shown, including pieces by artists who worked behind the Iron Curtain (Šarūnas Sauka, Vincas Kisarauskas, Mindaugas Navakas and Romualdas Rakauskas) that were not known to the world, and pieces by some of the young Lithuanian artists currently gaining international attention (Pakui Hardware and Emilija Škarnulytė). A work by Pakui Hardware, which appears on the exhibition catalogue cover, invites us to speculate about future hybrid life forms.

The exhibition also features artists from the other two Baltic countries – Latvia and Estonia. Installation artist Katja Novitskova, who is nominated for this year’s prestigious German Preis National Galerie, is known as a founder of post-Internet art and has authored the Post Internet Survival Guide. Daiga Grantina is representing Latvia at this year’s Venice Biennale. Mikelis Fišers uses irony and humour to critique fanaticism and belief in universal truths; he has received Latvia’s prestigious fine arts Purvitis Prize and represented his country at the 2017 Venice Biennale.

Visitors to the exhibition will also have the chance to see works by Ukrainian-born Russian artist Oleg Kulik, who is famous for radical performances in which he transforms himself into a rabid dog. Indeed, Kulik was the inspiration for the dinner scene in Ruben Ostlund’s famous movie The Square. This artist asks what it means to be human and what would happen if we returned to a primeval, animal nature.

From May, the new exhibition it will be complemented by the interactive Shared Habitats, which will offer an opportunity to imagine the experience of some of the “others” we live with – animals and mushrooms – and to model the kinds of problems technology will help us to solve in the future. Here we will be able to get a sense of how a pig trying to escape from a slaughterhouse feels; sing karaoke with flies; hear music made by insects; and see how clothing can be made from plant roots. This experiment is the result of collaboration between Germany’s Weimar University and Lithuanian artists, who, later in the fall, will be participating on the Ars electronica forum in Linz, Austria – the mecca of science and innovation.

Animal – Human – Robot runs at the MO Museum from April 6 to August 25; the complementary exhibition Shared Habitats will be open from May 4 to July 22. Photos courtesy Go Vilnius.