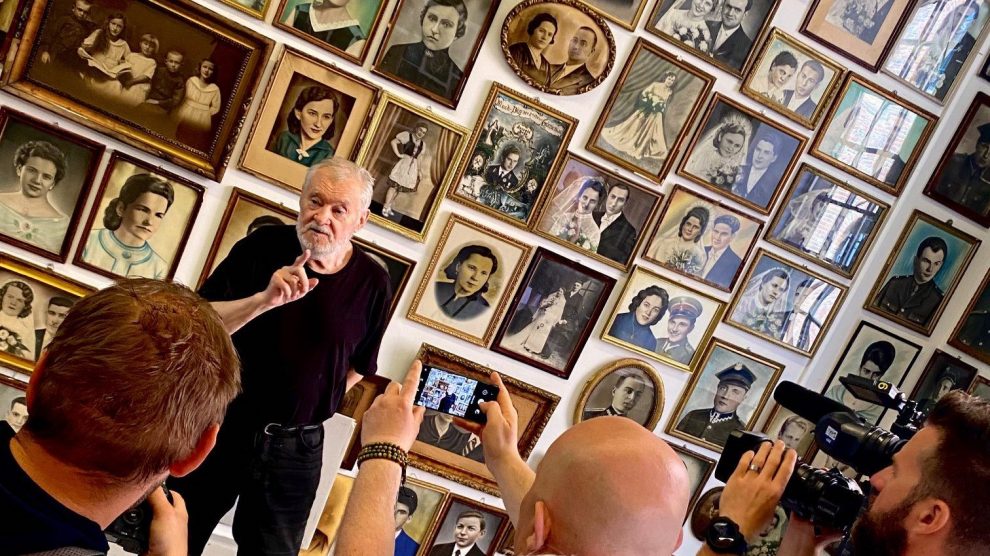 The 20th edition of Fotofestiwal is currently being held at the Art Inkubator at Fabryka Sztuki (Art Factory) in the central Polish city of Łódź.

The presentation of Andrzej Różycki’s work is of particular interest, consisting of paintings collected by him – mainly portraits and commemorative photos, often coloured, in the distinctive genre of ‘Monidło’.

The exhibition is showing about 200 exhibits out of over 800 that the artist has gathered.

Monidło is a kind of realistic painting, a portrait usually painted on the basis of a wedding photo. A characteristic feature of this usually black and white image is the colouring – red lips and azure blue eyes. Often the characters are painted with more expensive costumes.

Monidło appeared for the first time in the 19th century in Poland as a cheaper alternative to traditional portraits, which, due to the much higher price, were popular only among the wealthier sections of society.

Up to the 1970s, painters traveled through villages and provided their inhabitants with such images, often of newlyweds, children after their first communion and soldiers on duty.

Other exhibitions will be presented across the city.

One well worth mentioning is Photomonth in Minsk, which this year, due to the complicated political situation in Belarus, cannot be held in the country.

Long Live Belarus! documents the protests in Belarus in 2020.