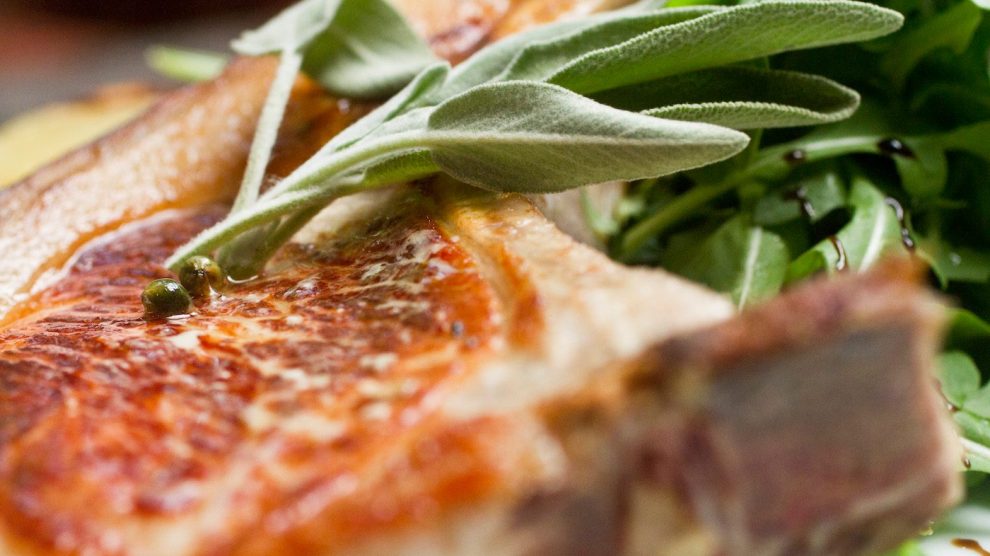 Much ink has been spilt lately proclaiming the amazing renaissance of Romanian food and the emergence of Bucharest as one of the hottest foodie destinations on the planet.

It’s all true, and such pieces are more than welcome. This, however, is not another of them.

What I have done here is far simpler: I have listed the six places in Bucharest – which has been my home for more than 20 years – at which I eat the most.

So, before I get mail from angry folks unhappy that their preferred option has not made the cut, let me reiterate that I am not claiming these are the best restaurants in Bucharest (that honour goes to The Artist, by the way, but given the high prices I eat there no more than once a year).

No, these are my favourite restaurants, the places I frequent regularly (and I have even listed them in alphabetical order so there can be no claims that I favour one over another).

Located above the legendary Bucharest nightspot Control (Control Alt Shift, geddit?), a place I have long described as being ‘a club for people who don’t like clubs’, this is a little bit of London in the heart of the Romanian capital. It’s far too trendy for me really, but the decent food (including a very good burger, loads of fresh seafood and great homemade pasta) have seen it become a regular haunt for Sunday brunch with the family. There’s a courtyard if you just want to drink – and there are plenty of crisply shaken cocktails to choose from – which is heated during the cooler months. You could almost live here to be honest, and from the amount of time they spend in the place I am beginning to think some of my closest friends do.

Bucharest’s original German pub has not changed one bit since it opened almost 25 years ago, and is all the better for it. Still run by the same friendly couple it’s an utter delight to eat and drink here, knocking back some fabulous draught German wheat beers before tucking into homemade sausages, pork knuckles big enough to sink a ship and the best schnitzel this side of Vienna. (No, there is not much choice for vegetarians). For dessert – if you have room, I usually have to take mine home – the apple strudel is a treat. The radio is permanently tuned to a station playing the cheesiest 1980s German pop hits you could imagine, but it’s all part of the charm. Indeed, if anything were to ever change: the look, the menu, the owners, the music, it would probably go bust the following day. I therefore hope it stays exactly the same for as long as I live in Bucharest.

Looks Greek, sounds Greek and most importantly tastes Greek, despite its less-than-promising location on a busy street directly opposite some of Bucharest’s omnipresent communist-era apartment blocks. Kostas serves huge platters of fabulous fresh seafood (although I have to admit that my regular order is grilled sardines, which I can’t resist) and there’s even Mythos on draught. Getting a table can be tough on Friday and Saturday nights, as the place is rammed with happy punters feasting on the well-priced food and enjoying – or otherwise – the loud Greek music provided by a bash-’em-out live band. It’s not the kind of restaurant you come to for a quiet meal and casual conversation: much of the time you can’t hear yourself think. Instead it’s a place for anyone who loves life and good food. A bit like Greece itself.

Almost an extension of my apartment I eat here so often, La Conac is where I come for mici, those tangy sausage-shaped meatballs made with either beef and pork or beef and lamb. Not only do they cost almost nothing, they are served with homemade fries of the highest class. Don’t worry if you are not into mici (and I am aware that they are an acquired taste) as there’s plenty else to choose from, including a huge range of ciorba (sour soups), stews, trout, mussels and even a few random Mexican dishes for some bizarre reason (which are surprisingly good, and usually the kids’ preferred option). La Conac is never going to win any culinary awards, but when all you want is good food and really can’t be bothered to cook, its location – just around the corner from my home – make it my go-to option.

Another place just around the corner from Turp-Balazs Towers, Modelier serves what is probably the best burger in Bucharest (the Hangover), and does so with real swagger. Another achingly trendy venue, this one comes complete with a large garden that on spring and summer weekends becomes a party venue of some repute, with DJs, a barbeque and loads of happy families. Getting a table can be a real challenge and there are no reservations: it’s first come first served. So just sit yourself down wherever there’s a spare seat: nobody minds, this is the kind of place where friends are made over copious amounts of draught Romanian cider sipped long into the evening.

Spaghetti aglio olio e peperoncino should be the easiest Italian dish to cook: its beauty, after all, is its simplicity. Alas, few restaurants can get it right. Fresca does, every time, which is why I am happy to add this popular (it’s another restaurant for which you will need a reservation if you plan on coming at the weekend), friendly eatery to my list. Other recommendations from the extensive menu include the spinach and ricotta ravioli and the seafood linguini. Pick of the secondi is the duck with forest fruits, and they roast a great potato too, complete with mozzarella and fresh cream. Like all the places on this list, it will not the break the bank.

Can you find Vilnius on a map?
New documentary pays tribute to Polish and Hungarian WWII heroes
Comment