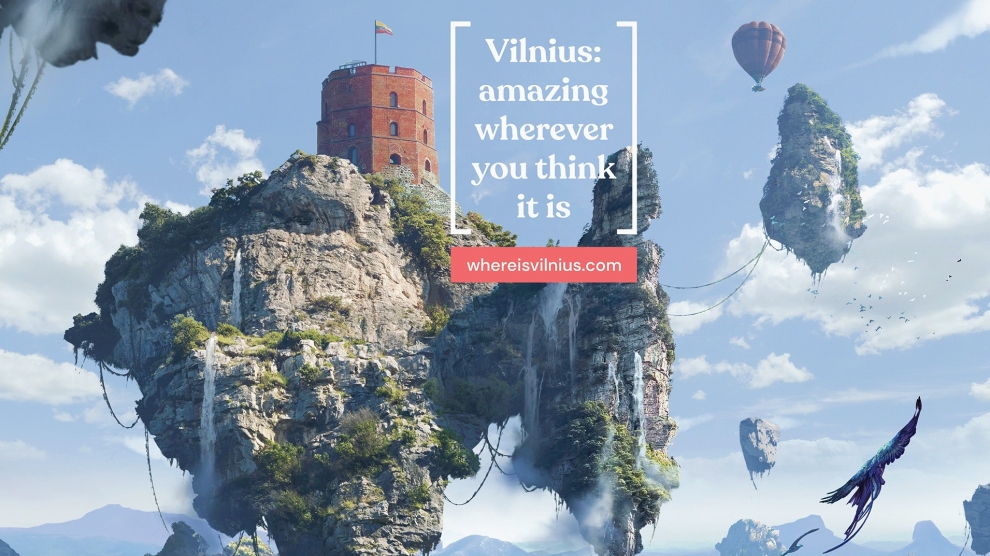 Can you find Vilnius on a map? It could win you a trip to the city.

The capital of Lithuania has launched a new promotional campaign that once again makes fun of its own obscurity among travel destinations globally.

The campaign, Vilnius: Amazing Wherever You Think It Is, follows last year’s award-winning Vilnius – the G-spot of Europe campaign, which claimed that “nobody knows where it is, but when you find it – it’s amazing.”

The idea to use the city’s obscurity as a tool to draw more tourists is backed by data.

According to a 2019 study carried out by Go Vilnius, the city’s official development agency and the initiator of the campaign, only five per cent of Brits, three per cent of Germans and six per cent of Israelis know more than the name and the approximate location of Vilnius.

The campaign’s website asks visitors to guess where Vilnius is, who can win a trip to the city if they get close enough. It also highlights much of what the Lithuanian capital has to offer as a destination, in terms of culture, history, nature, and food.

According to the director of Go Vilnius, Inga Romanovskienė, the is to turn the city’s disadvantage of being a lesser-known European capital into an entertaining, fun campaign, in which Vilnius laughs at its obscurity.

“Vilnius is continuing the course of presenting itself as an easygoing yet daring city, unafraid to laugh at its faults and break free from certain norms. Our goal is to show that no matter where people think Vilnius is located, it is a great place to go visit,” says Ms Romanovskienė.

Despite much controversy, including criticism from the Catholic church, which claimed that it used women’s sexuality for advertising and gave ‘wrong ideas’ about Vilnius, the G-spot campaign quickly went viral and generated tens of millions of euros worth of publicity around the world. It was named as the best ad campaign at the International Travel and Tourism Awards by World Travel Market in London.

It wasn’t the first time however that Lithuania has dared to make bold claims.

Back in 1998, on one of my first visits to the country, a huge billboard greeted visitors at Vilnius airport with the words: Welcome to the style capital of Europe. This at a time when Vilnius was still very much a rather bleak, post-communist country coming to terms with its transition to a market economy.

Calling itself the style capital of Europe was a stretch, to say the least. But it showed ambition, and that ambition has, at least in part, paid off. The country’s two major cities, Vilnius and the former capital Kaunas, while not yet enjoying the numbers of visitors seen in neighbouring Riga and Tallinn, are increasingly popular with visitors from all over Europe.

Much of the reason for this is the fact that it is such a walkable city – both locals and tourists usually get to all central destinations on foot.

Those who like to fly aren’t disappointed either. In Vilnius, you can fly over the city centre in a hot air balloon, admiring its picturesque medieval streets, baroque churches and open squares. Vilnius is also diverse in its architecture and neighborhoods, and has served as the  location for award-winning drama series such as Chernobyl and War and Peace.

As part of the new campaign, a video clip has been produced in which people on the streets of Berlin are asked if they know where Vilnius is.

The responses are mixed, with the Lithuanian capital being placed everywhere from the Americas to Africa – everywhere but in its actual location.

Visit whereisvilnius.com to see if you can do any better.