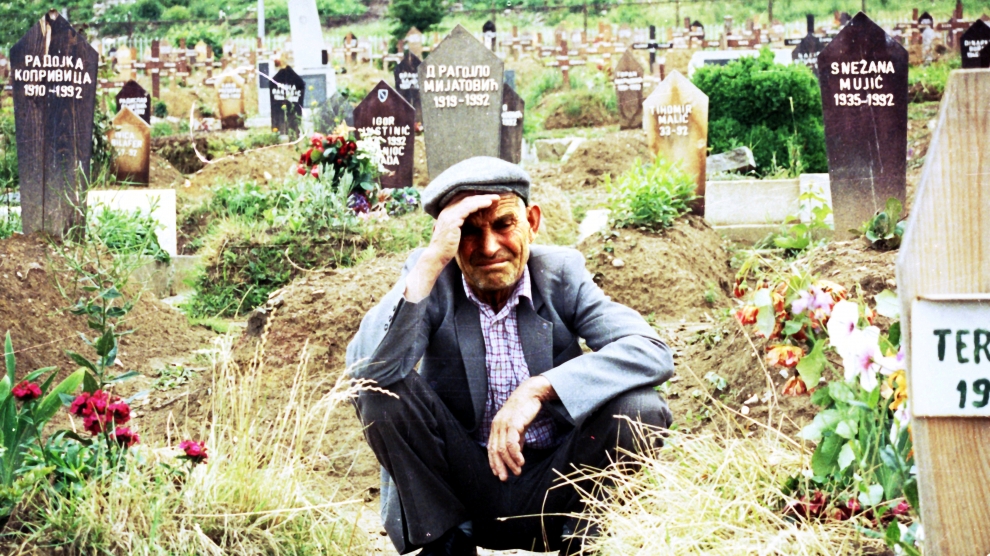 During the Bosnian War, from 1992 to 1995, 2.2 million people became refugees or were internally displaced. Over half of those were ethnic Bosniaks, fleeing the fighting and the ethnic cleansing campaign conducted by Bosnian Serb forces. According to various estimates, over 700,000 people sought refuge in countries outside of Yugoslavia, making it the largest exodus in Europe since World War II.

What these staggering numbers don’t reveal, however, are the true lived experiences of the refugees who were upturned by war and fighting and had to flee their homes to escape the violence. A new exhibition in Vienna, which opened on September 14 in the Central Library on the Gürtel, seeks to uncover precisely the personal stories of trauma, loss, and survival of the people who fled the Bosnian War to come to Austrian capital.

With some 100,000 refugees admitted into the country during the war, and around 85,000 of them Bosniaks, Austria was one of the hotspots of the refugee crisis caused by the Yugoslav civil wars. Two-thirds stayed in Austria permanently and many settled in Vienna.

But according to the curators of the exhibition, Vida Bakondy and Amila Širbegović, the experiences and the stories of these refugees are underrepresented in the history of Vienna and Austria.

“They have become too much valued colleagues at work, but hardly anyone is interested in their lives before fleeing and after arriving in Vienna,” they say.

Now, 25 years after the end of the war, the exhibition, titled After the Escape (Nach der Flucht) traced the biographies of fourteen Viennese originally from Bosnia through personal items and memorabilia.

“The objects shown build a bridge between their lives before their escape and afterwards. They convey insights into individual experiences of war, flight and new beginnings,” say the exhibition’s organisers.

As they point out, war and fighting can take everything away from people. For those who had to flee, once they are declared refugees, only memories of their past lives and multi-layered identities remain.

Through the personal stories and objects, the exhibit charts and tries to make sense of these losses that come with being a refugee — loved ones, home, belongings and memory, personal property, social status, civic rights.

The stories also stand for survival and the right to remember.

Testament to the survival and integration of the Bosnian War refugees in Austria is Alma Zadić, a Green party politician who became the country’s justice minister in January this year. In addition to being the first justice minister with an immigrant background, she is also the youngest ever.

“I wanted to show that diversity and cohesion make us strong. When I fled to Austria as a ten year old girl with my family because of the war in Bosnia and Herzegovina, we were accepted. Now I’m in politics to give society back what I got – opportunities!,” she says.

The After the Escape exhibit runs until November 14, and is organised by the Initiative Minderheiten, an organisation promoting the coexistence of minorities in Austria.

In Łódź, an arts festival creates a future with no return
How emerging Europe’s curators are adapting to the age of social distancing
Comment