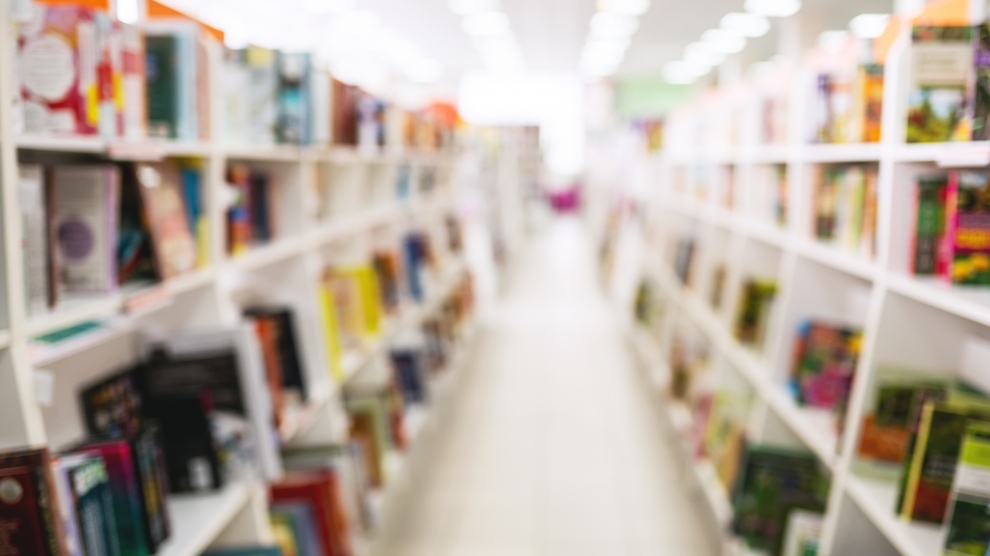 Since 1997, the Nike Award, or Nagroda Literacka Nike, has been showcasing the best of Polish literature, with an annual prize pool of 100,000 zloty and a statue designed by Gustaw Zemła awarded to the best piece of writing in the Polish language over the last year.

With the winner of this year’s prize set to be announced on October 4, the race for one of the most prestigious Polish literary awards is heating up, with seven finalists now having been chosen for their outstanding contributions.

While only one of these finalists will go home with the title, joining previous winners such as Olga Tokarczuk, Czesław Miłosz and Jerzy Pilch, the award shines a spotlight on Poland’s current literary talents. And if you’re fortunate enough to read Polish, or find a translated work, all seven finalists make for page-turning reading.

Reflecting the contemporary nature of the award, a modern and varied selection of literature is on display, featuring two novels, two essays, a biography and two pieces of reportage. This year, amongst the selected authors, are young and rising stars, with two already making headlines at just over thirty years of age.

One of these up and coming talents is Radka Rak, nominated for his novel A tale of a serpent’s heart. A second word about Jakob Szela (Baśń o wężowym sercu. Wtóre słowo o Jakóbie Szeli). While the subject matter deals with the story of Jakub Szela, a Polish peasant leader during the anti-nobility protests of the 19th century, Mr Rak’s treatment of the tale is far from a dry historical recollection. Instead, the book takes on tonnes of magical realism, blurring the lines between historical reality and what is imagined, and in the end, the line between the two doesn’t really matter.

Following in the footsteps of Bruno Jasieński, who wrote a famous folk style poem on Szela almost 100 years before, Mr Rak’s work is just as articulate and poetic, albeit in a different form.

As he tells Gazeta Wyborcza, the co-founders of the award, he first wanted to write the novel from a peasant’s perspective, depicting Szela as a kind-hearted robber who gives back to the poor. However, he soon realised that this Robin-hood like fiction was not the right fit. “When I delved into the studies and source materials, I realized that I could not write something like that, because I would have to lie. I also knew that I should break with the literature of the larch manor house and the whole noble mythology, because I would not find the truth there either. I needed another way,” he explains. Instead, the author attempts to strike a balance between dreamy folk fantasy and respect for the historical truth of the bloody events in 1846.

Mr Rak, who is a veterinarian by day in Dębica, a town in the southeast of Poland, admits however, that he really just wanted to spread the joy of reading to his audience, the thrill of getting buried within the pages, “It is a great pleasure to give others pleasure” he says.

Another contending work that deals with history is Piotr M. Majewski’s essay When the war breaks out: 1938 a study of the crisis (Kiedy wybuchnie wojna: 1938, studium kryzysu), although compared to Mr Rak’s work, Mr Majewski employs a detailed and scholastic approach. An academic and historian by training at the University of Warsaw, Majeswki’s writing takes on the year of 1938, which according to him, is one of betrayal, sacrifice and heartbreak.

When the war breaks out: 1938 a study of the crisis deals with the Western allies politicking in the lead up to World War II, and how they sacrificed Czechoslovakia for the sake of temporary peace, as well as Poland’s inglorious perusal of “peace at any price”. While this may sound like an academic study of who did what when, Majewski believes that the subject matter is much more.

“I have long wanted to describe the crisis of 1938, because I have always believed that it deserves more than the dry accounts of the series of meetings between diplomats and politicians that ultimately led to the infamous conference of powers that dominate historiography. This was confirmed by the reactions of my students when I told them about the shows of hatred organised by Hitler, the degrading submission of the British prime minister to the leader of the Third Reich, or Mussolini’s grotesque boldness. I saw that they listened to this story with genuine emotion.”

Instead, critics have compared Majewski’s work to a historical House of Cards, that is not so much a historical work but a detective story, that skillfully binds tension, deceit and humanity. The glowing reception of this work is even more poignant in today’s political climate, where the award’s judges view the book as up to date as ever – the misdealing of politics again appear as old as politics itself.

The topic of World War II was also approached by Pawel Piotr Reszka, whose non-fiction work Płuczki has been praised by critics and readers alike. The journalist delves into what he thought would be a sensitive and taboo topic, the robbing of concentration camp graves in the aftermath of World War II. Instead, he found that his interviewees were more than wiling to share their memories and experiences. Rather than denying their involvement, interviewees instead often ask: Wouldn’t you?

In an investigation that runs through both ethical and historical introspections, Reszka illustrates the individual experiences in the aftermath of the war, and the moral dilemmas many were faced with. Despite the heavy subject matter, Reszka deals with these issues with maturity and truth, offering a detailed and compelling piece of literature.

Another journalist is also in the running for the Nike Award, Joanna Gierak-Onoszko, who has been nominated for her non-fiction work The 27 deaths of Toby Obed (27 śmierci Toby’ego Obeda). In it, she tears apart the utopian stereotype of Canada, instead focusing on its shameful and all-too-often covered up past, and ongoing mistreatment of First Nation people, the Inuits and the Mestizas.

“You in Europe are intoxicated with Canada, although you know nothing about us. Look around,” says one interviewee to Ms Gierak-Onoszko, “Everyone is here. Except for those who were born here.”

The work offers an important contribution to a story often hushed over, and investigates the institutionalised discrimination, torture, mistreatment and censure of the First Nations populations of Canada. The author’s debut work is articulate and accurate, questioning Canada’s idealised image and its lack of much needed action.

The awards finalists also feature a biographical work, Jaremianka, by Agnieszka Dauksza, who delves into the life, love and loss of Polish artist Maria Jarema. In her writing Dauksza brings Jarema back to life, drawing on the collective memory of her friends, colleagues to provide an intimate glimpse into artistic choices, private life, love and illness.

In the introduction, Where is Maria?, Dauksza writes: “It has come to pass that I have been staring at the portrait of Jarema for hours. I waited for movement. I hoped that with this movement, I would see Maria from a different angle. If only a small gesture, a wink, a strand of hair to the left, a slight semi-twist? I provoked her in different ways by copying the photo to pallor. (…) When I looked at her as if she were a picture, I almost achieved my goal – her face was as if she was changing. Then the screen went out and we started again. It took a long time to acquire Maria. Until I understood: she won’t move without me.”

While it has been more than 50 years since Jarema passed away, her non conforming spirit, that views life from a different perspective leaves the reader with an inspiring and charismatic portrait.

Filip Zawada’s novel I stepped on a black cat by accident (Rozdeptałem czarnego kota przez przypadek) similarly tells the tale of a formidable and inspiring character, in an outstanding work of Polish fiction. The narrative follows the life of a teenage boy, rejected by adoption and sent to an orphanage run by nuns. Zawada’s narrative deals with universal experiences such as friendship and belonging, through all the difficulties entangled with coming of age. “Friendship is said to stay forever, but love, when not nurtured, passes away and turns into something that cannot be seen, felt, and cannot be re-ignited. From this it follows that love is like a cigarette filter. I know something about it, because sometimes I smoke when nobody knows where I am.”

This adolescent perspective taken by Zawada allows for a voice that is fully aware of the world’s failures, but still retains a childlike naivety. In what is a rather philosophical voice, the protagonist provides an original and hardened view on life, love and loss. With language that is as beautiful as it is honest, Zawada explains that the writing process forced a certain introspection.

“During it, I found out, among other things, that we know too much, and that much is still too little. That there are moments when an adult can learn more about life from children than from his peers, that one can learn nothing but draw specific conclusions from it, and that people who dream are not ashamed of reality.”

Finally, Monika Sznajderman’s essay Empty forest (Pusty las) explores introspection grounded in historical reality. In it, Sznajderman details her move from the bustling capital of Warsaw to the wilderness of Low Beskids. In her move, the author poeticises a quest for truth, both of her surroundings and of her inner story.

At the beginning of the work, Sznajderman explain that the setting of her essay, which at first glance is a stunning virgin landscape, is actually a cemetery of a village of years gone by. “Until 1945, Wołowiec was a large village inhabited by some eight hundred people. In the fall of ’47, there was no one left,” says the writer. “I wrote this book for Jews and Gypsies from Wołowiec, who were murdered and of whom no trace remains, and for Ruthenians who were deported from here. (…) homelands of the world.”

However, she also explains that she wrote the book for herself, and her own journey, to which the tragedy of Wołowiec intertwines. “[I wrote the book] to understand what I am actually doing here, in this spacious void, in a place after people who did not pass naturally, but passed away so suddenly. To understand how to live in such a place, whether you can live here with impunity.”

Despite the incredibly varied works in the running for the Nike Award, one thing is certain – that Poland continues to churn out outstanding works of literary, historical and poetic importance, and is showing no signs of slowing down. Each contender is successful precisely because of their individuality and their willingness to broach themes that go beyond their initial subject matter, and into introspective and philosophical aspects of human nature, love and loss.

Postcard from Warsaw Chopin Airport
Werewolf: The Apocalypse – Heart of the Forest. Not for the first time, emerging Europe delivers a winner
Comment