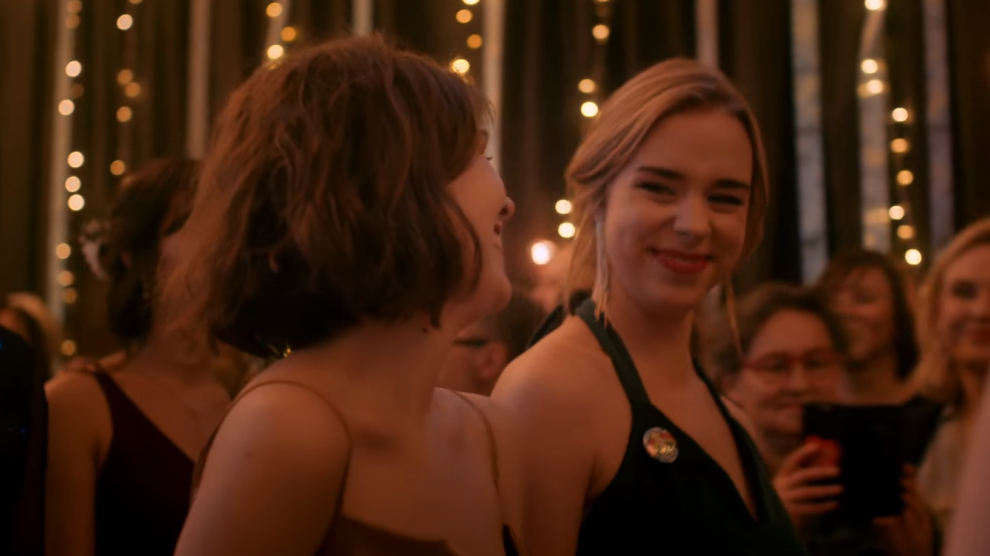 The word Polonez (Polonaise) has had a number of connotations over the years. For some, the Polonez is an infamously unreliable brand of car, built in Poland by FSO from 1978 to 2002. Others immediately think about Frédéric Chopin’s polonaises tightly linked to the national strand in his music, particularly Polonaise As-Dur op 53 “Heroique.” For most people however, the Polonez remains first and foremost a traditional Polish dance, one of the five historic national dances of Poland (indeed, FSO’s car was named after the dance, not that those who drove it ever felt as though they were dancing while at wheel).

The Polonez is traditionally the first dance performed at a studniówka, much like a senior prom in the US. In Poland however, the prom is celebrated exactly 100 days before students sit their final matura exams. It is an important day in the life of every young Pole.

The studniówka has become a rite of passage. Not only do students dress in their finest clothes, but at formal dinners which precede the dancing students and teachers will symbolically drink alcohol together (keep in mind that most students are aged 18 or 19 when they graduate from high-school in Poland).

In recent years, there has a been a growing call – usually falling on deaf ears – for the studniówka (and the associated dancing) to be more inclusive. That the Polonez dictates heteronormative cultural patterns has meant that non-heterosexual students have often been denied the right to dance with their chosen partner. One tolerant Warsaw high school, however, has bucked the trend and this year will make the event more progressive.

“For years we have been trying to treat students subjectively, to shape attitudes against hatred and social exclusion, and most importantly – to give them a sense of security and respect for human dignity,” explains Wanda Łuczak, director of Bednarska school in the Polish capital. “So when Polonez Równości (Equality Polonez) decided that they wanted to support LGBT+ students, we knew that we should help. We hope this gesture will give courage to all Polish LGBT+ students, and make them feel safe and accepted. It will also create a broader understanding of the dilemmas they face.”

Polonez Równości is a joint movement in partnership with the Love Does Not Exclude (MNW) organistion, Equality Parade and Ben & Jerry’s ice cream company.

The organisation believes that the problems facing LGBT+ students is exacerbated by the fact that school is often a place where prejudice is experienced, and that associated violence is one of the main causes of depression and suicidal thoughts among LGBT+ teens. Love Does Not Exclude claims that as many as 70 per cent of LGBT+ teens in Poland have suicidal thoughts.

The 2019 Polonez Równości has been documented in a film directed by Michał Marczak. The short film can be seen online with English subtitles and follows the students as they prepare for the studniówka, the Polonez and the after party.

And yet while the creation of the film and the inclusion of the LGBT+ community in the studniówka is a refreshing step in the right direction, there is no escaping hate speech.

As Polish daily NaTemat reported: “as well as the many positive reactions, there were a lot of comments filled with hate.” Right-wing Poles called the event “sick” and the labelled the students “stupid, manipulated youth”. Comments on the fan page of Wirtualna Polska referred to “destroying tradition” and “leftist foolishness”.

Polonez Równości will not be deterred, however. “We believe that we will overcome homophobia in small steps. Love cannot be a reason for fear, shame or alienation.”